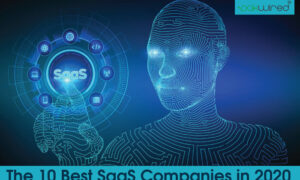 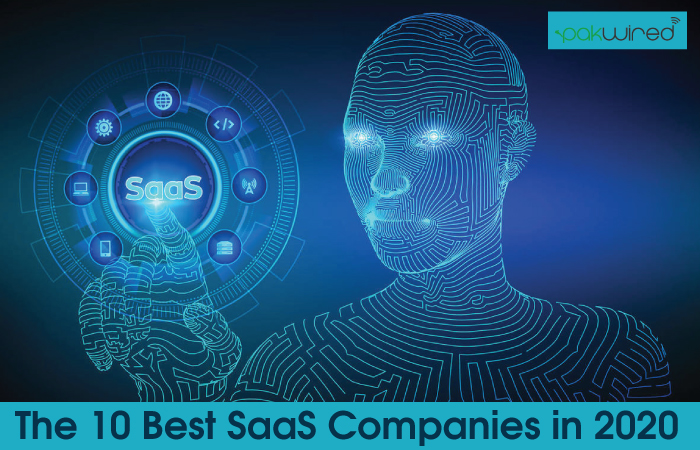 In recent years – and especially amidst the economic chaos caused by the coronavirus crisis – SaaS companies have been growing rapidly. In fact, a recent survey showed that as much as 73% of businesses said they expected at least 80% of their apps to be SaaS by the end of this year.

SaaS stands for Software as a Service, a business model changing the way organizations work. SaaS providers host a software application and make it accessible to clients on any internet-enabled device. They also provide IT support and network security. Today, an increasing number of business apps are built this way – from marketing tools such as HubSpot to SaaS call centers.

For businesses, using the services of a SaaS company rather than installing software locally brings a host of advantages – from scalability and mobility, to low-cost updates and easily accessible IT expertise.

Here is a look at ten of the most prominent SaaS companies in 2020.

These tools manage customer information, optimize personalization, and ultimately increase conversion rates.  Today, CRM systems are a staple in any digital marketing arsenal. However, it was Salesforce that brought them into the mainstream over the past decade.

During the COVID-19 lockdowns, no other company gained as much prominence as Zoom. The California-based provider of video conferencing services covered anything from sales meetings to Yoga lessons.

By mid-May, Zoom’s market capitalization had soared to over $48 billion, making it worth more than seven of the world’s biggest airlines.

The story behind Zoom is inspirational. Its CEO, Eric Yuan, founded the company after he got tired of the ten-hour train rides it took to see his girlfriend – now wife – as a student in China.

Among marketing platforms, HubSpot is one of the most prominent players. It made a name for itself in the 2010s as a champion of inbound marketing. Today, it offers a fully integrated marketing automation platform, including a CRM and a sales hub.

In its Boston headquarters, HubSpot employs over 4,000 people. Its Q1 report for 2020 saw customer numbers soaring to almost 80.000 in over 100 countries, as businesses stepped up their digital marketing game amidst the pandemic.

Founded in 2001, Mailchimp is among the most venerable – and biggest – email marketing platforms out there. Based in Atlanta, Georgia, it offers integrated marketing automation services to create targeted email campaigns.

Mailchimp’s strong suits are its ease of use, flexibility, scalability. It also offers countless integrations for other SaaS tools – from HubSpot to Salesforce. With over 12 million customers at the beginning of 2020, the company claims a 60% market share in its industry.

During lockdowns, countless businesses had to abruptly transition to distributed workforce models. Few tools were as valuable in the process as team collaboration platforms such as Slack.

Slack offers its user a channel-based platform to exchange messages, share files, and organize their teams. It is easy to use, highly customizable, and scalable. Another plus point: It integrates with a suite of other tools for remote teams, from G Suite to Zoom.

Its headquarters in San Francisco will probably have to build an expansion soon. During the first half of 2020, the company’s user numbers have exploded. It went from having 12 million daily active users at the end of 2019, to a whopping 44 million by the end of March.

Nextiva is an Arizona-based provider of Voice over Internet Protocol (VoIP) business phone services. Led by CEO Tomas Gorny, the company grew from a tiny startup in 2006 to one of the biggest players on the VoIP market.

From its beginnings in cloud-based phone services, Nextiva has expanded into an integrated business communications platform, including a CRM system, automation features, and an analytics suite powered by artificial intelligence and machine learning.

Earlier this year, Nextiva also released a team collaboration app, Cospace, to help clients struggling with the transition to telecommuting during the pandemic.

At the beginning of the year, the company was named the best business phone service by US News & World Report.

Some business models are as simple as they are brilliant. Grammarly’s is one of them. The San Francisco SaaS company is on a mission to combat spelling and grammar mistakes in anything you write.

A saving grace for overworked editors and jet-lagged businessmen too tired to puzzle out whether it’s “it’s” or “its”, Grammarly improves any text you type. It offers its own writing app, but also has plug-ins for Word, various browsers, and email clients.

Founded in 2008, the company now helps over 20 million users improve their writing. Its latest coup was to secure over $90 million in funding for extending the capabilities of its natural language processing AI to further improve its services.

Based in Vancouver, Canada, Hootsuite is a social media management platform. It helps both businesses and individuals step up their social media game with tools to manage multiple accounts across all platforms – from Twitter to Instagram – in a single dashboard.

Considering that social media has become a crucial channel of customer communication – over 4.5 billion people use one or multiple platforms – Hootsuite’s success is not surprising. Most recently, the company boasted over 18 million users in 175 countries.

Though the name Atlassian might not ring a bell for most people, the Australian company’s products certainly do. Jira, Confluence, Bitbucket, Trello, OpsGenie – these are just some of them. The powerhouse from Down Under basically offers a full suite of tools for remote teams.

Atlassian’s strong service offer helped the company navigate the pandemic. In its latest quarterly report, it could boast a revenue of over $411 million, and a customer base of over 170,000.

When it comes to eCommerce, no platform is more popular than Shopify. The Canadian company makes it possible for any eCommerce entrepreneur to grow their business, connect with customers, and sell their products.

Since its foundation in 2004,  Shopify has been one of the driving forces of the eCommerce revolution of the past decade. Today, the platform hosts over 1 million stores in 175 countries, with over 218 million shoppers using it in 2019.