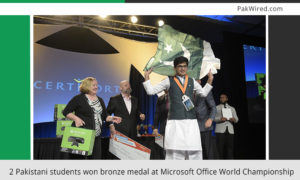 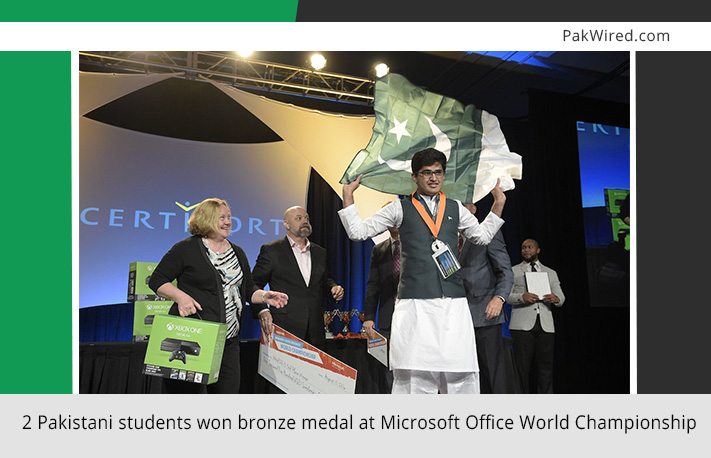 Two Pakistani students, Waqas Ali and Shahzaib Ishaq, have brought laurels for the country as they won bronze medals while representing Pakistan at Microsoft Office World Championship in Florida.

Microsoft conducts this competition every year and students from all across the world participate in it. The championship tests student’s proficiency in Microsoft Word, PowerPoint and Excel while using both 2010 and 2013 versions.

One of the students, Shahzaib Ishaq who was sporting white Shalwar Kameez with green Waistcoat stated:

Waqas Ali, a student of the Ghotki district, who won a bronze medal this year, also brought glory for Pakistan during the last year championship when he showcased his extraordinary PowerPoint skills in Dallas, Texas. For his magnificent expertise, he won bronze medal for Pakistan at the championship. 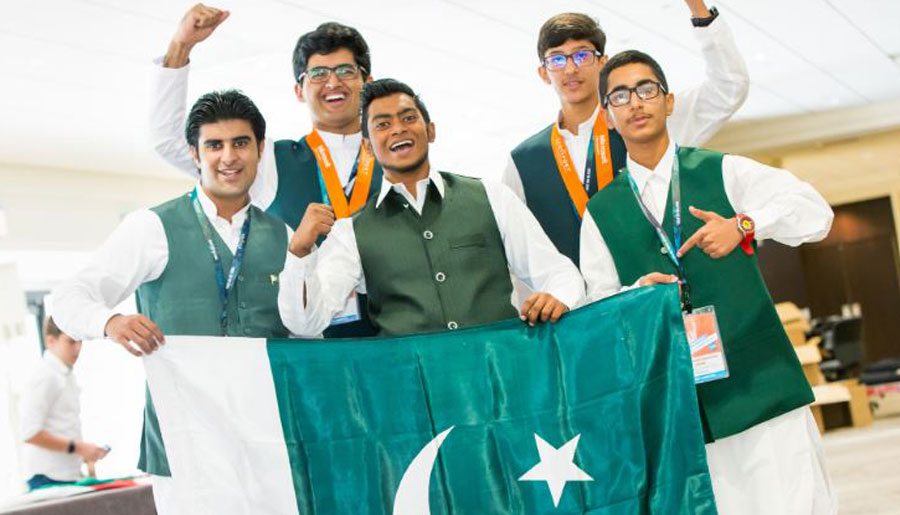 Waqas and Shahzaib also managed to win cash reward besides winning bronze medals. They pocketed US 1500 dollars and US 1000 dollars respectively. Moreover, three other Pakistani students also managed to make it into the top 10 at Microsoft Office World Championship. The other 3 participants were Muhammed Suleman Javed, Leroy Gonsalves and Muhammed Umer.

Students had to go through rigorous selection process

A student has to go through rigorous and hardcore process before getting selected for Microsoft Office World Championship. Hundreds of students from Pakistan are trained for this championship from all across the country.

In June this year, top 118 Pakistani students were selected for the Microsoft Office Specialist Certification Test in Islamabad. Out of those 118 students, top 6 were selected after they outshone rest of the students at the local event.

The selected students formed a national team to represent Pakistan at Microsoft Office World Championship in Orlando, Florida. The event took place from 7th to 10th August this month where Shahzaib and Waqas managed to win bronze medal.