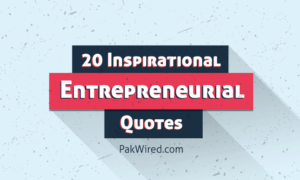 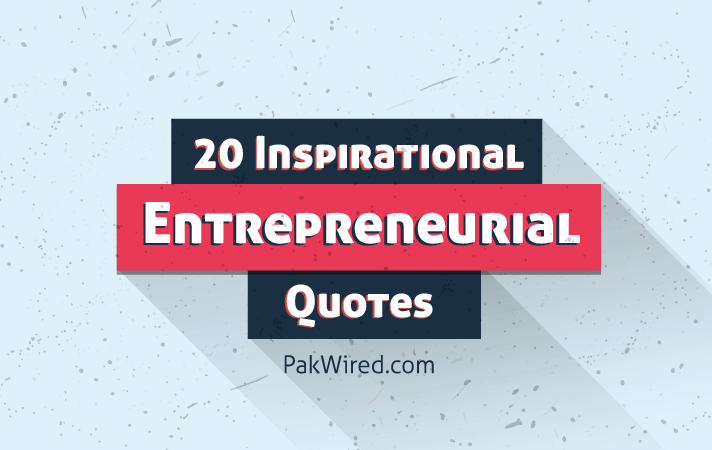 They say tough times don’t last but tough people do. Yes, as entrepreneurs we are often met with challenges and obstacles on the road to success. It is so easy to cower and try to retreat to our comfort zones and stick with security. But the truth is that nothing good comes easy. We always need some extra push if we want to distinguish ourselves from the ordinary.

The motivation thus is not to see you walk away from a seemingly challenging situation, rather it is to have you stay the whole nine yards, and prove your courage in becoming the next success story. You do have to maintain the same positive attitude in good and bad times. You also need to retain a vision and see beyond the present. The truth is that such difficult times are what define our abilities in becoming the consistently successful entrepreneur. And how tough you present yourself during tough times will bring out the admirable business leader in you.

This is why I have put a list of 20 quotes from several successful entrepreneurs and leaders who have also gone through a wilderness and laughed at the end of it all.

Timing, perseverance and 10 years of trying will eventually make you look like an overnight success.

Think big and don’t listen to people who tell you it can’t be done. Life’s too short to think small.

When everything seems to be going against you, remember that the airplane takes off against the wind, not with it.

You can’t fall if you don’t climb. But there’s no joy in living your whole life on the ground.

I’ve missed more than 9,000 shots in my career. I’ve lost almost 300 games. 26 times I’ve been trusted to take the game’s winning shot and missed. I’ve failed over and over and over again in my life and that’s why I succeed.

The price of success is hard work, dedication to the job at hand, and the determination that whether we win or lose, we have applied the best of ourselves to the task at hand.

Do not be embarrassed by your failures, learn from them and start again.

Life shrinks or expands in proportion to one’s courage.

When you’re ready to quit, you are closer than you think.

Don’t limit yourself. Many people limit themselves to what they think they can do. You can go as far as your mind lets you. What you believe, remember, you can achieve.

Today is cruel. Tomorrow is crueler. And the day after tomorrow is beautiful.

Our greatest weakness lies in giving up. The most certain way to succeed is always to try just one more time.

It’s hard to beat a person who never gives up.

The media wants overnight successes (so they have someone to tear down). Ignore them. Ignore the early adopter critics that never have enough to play with. Ignore your investors that want proven tactics and predictable instant results. Listen instead to your real customers, to your vision and make something for the long haul. Because that’s how long it’s going to take, guys.

I had to make my own living and my own opportunity! But I made it! Don’t sit down and wait for the opportunities to come. Get up and make them!

I made a resolve then that I was going to amount to something if I could. And no hours, nor amount of labor, nor amount of money would deter me from giving the best that there was in me. And I have done that ever since, and I win by it.

It doesn’t matter how many times you fail. It doesn’t matter how many times you almost get it right. No one is going to know or care about your failures, and neither should you. All you have to do is learn from them and those around you because all that matters in business is that you get it right once. Then everyone can tell you how lucky you are.