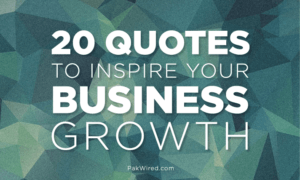 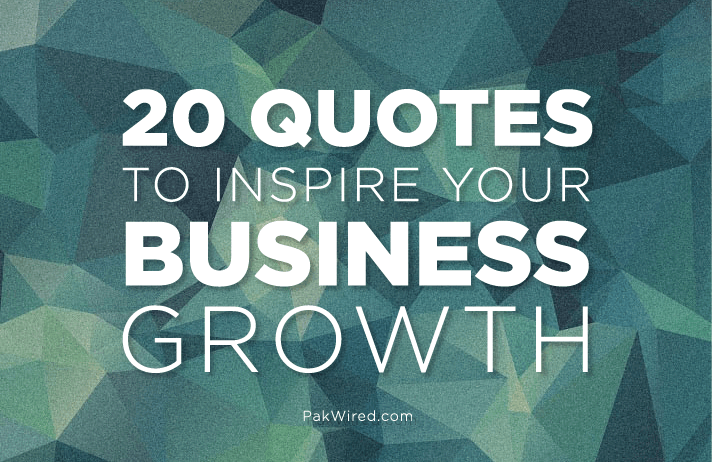 Starting a business is like stepping onto a roller-coaster with no safety harness. Growing a business into a successful enterprise is a tough call, requiring perseverance,  leadership skills, and a lot of critical thinking. To motivate you while you work on growing your business, we have collected 20 quotes about business growth from successful entrepreneurs and world leaders. Hopefully these will inspire you when you feel as though you have hit rock-bottom, and help you stand back up and make your business a success.

The minute you’re satisfied with where you are, you aren’t there anymore.

Speed is useful only if you are running in the right direction.

They always say time changes things, but you actually have to change them yourself. 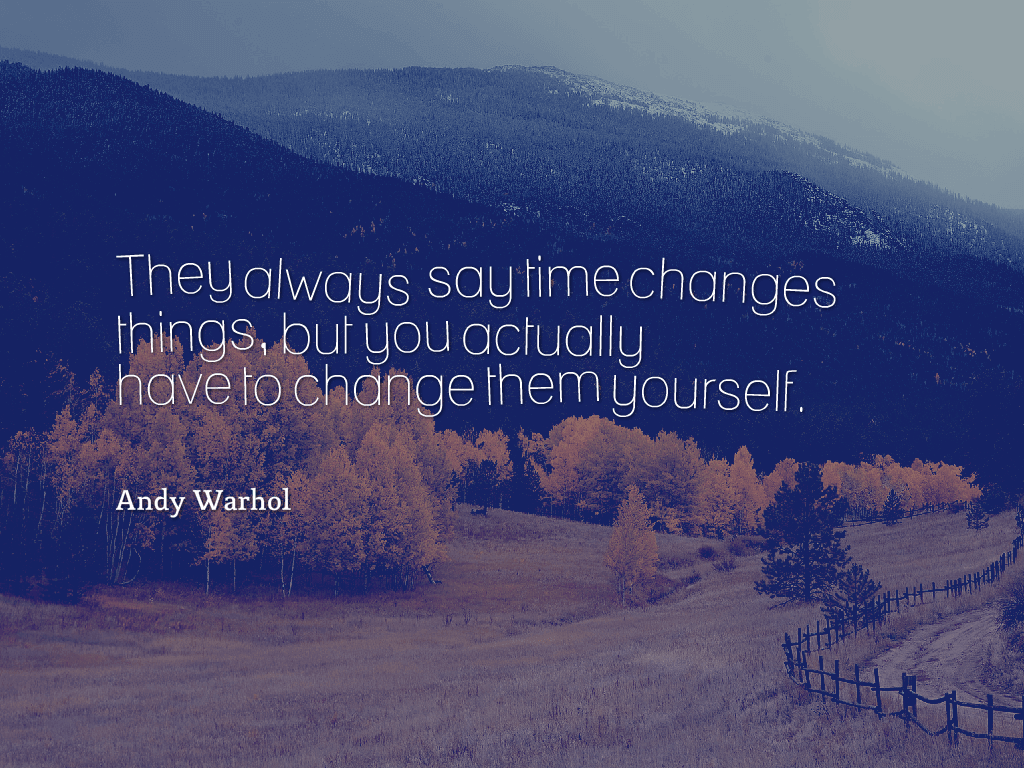 An organization becomes bewildered rather than energized when it’s asked to do too much at once.

Growth is never by mere chance; it is the result of forces working together.

For me, the most fun is change or growth. There are definitely elements of both that I like. Launching a business is kind of like a motorboat: You can go very quickly and turn fast.

Chaos in the world brings uneasiness, but it also allows the opportunity for creativity and growth.

Growth for the sake of growth is the ideology of the cancer cell.

Everyone wants to live on top of the mountain, but all the happiness and growth occurs while you’re climbing it. 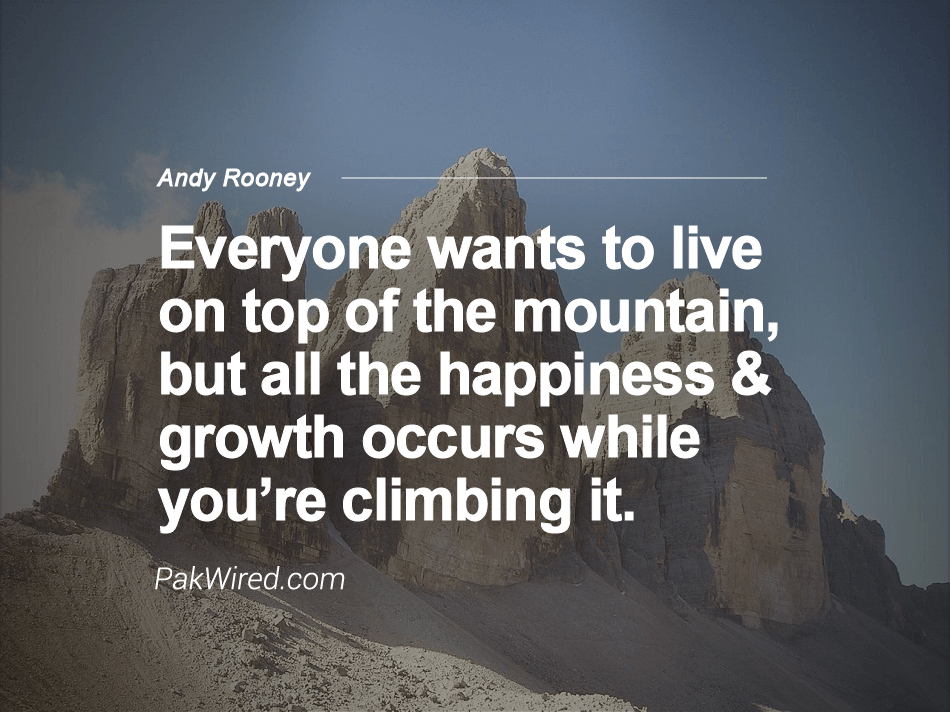 Risk is essential. There is not growth of inspiration in staying within what is safe and comfortable. Once you find out what you do best, why not try something else?

Growth is a spiral process, doubling back on itself, reassessing and regrouping.

Conformity is the jailer of freedom and the enemy of growth.

All change is not growth, as all movement is not forward. 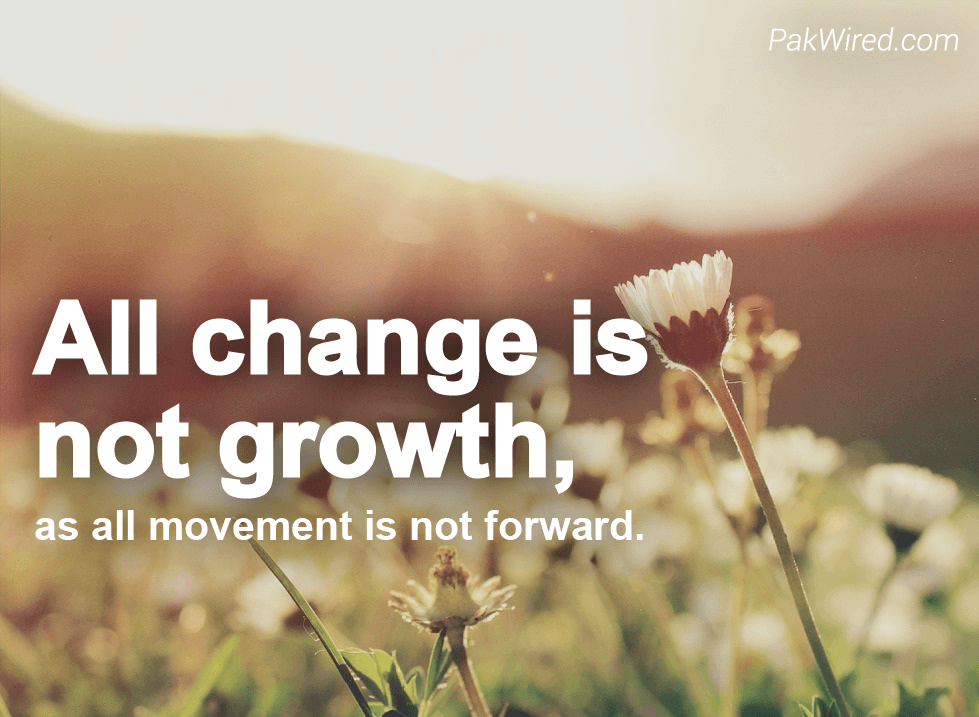 Ever since I was a child I have had this instinctive urge for expansion and growth. To me, the function and duty of a quality human being is the sincere and honest development of one’s potential.

Intellectual growth should commence at birth and cease only at death.

The growth and development of people is the highest calling of leadership.

Without continual growth and progress, such words as improvement, achievement, and success have no meaning.

There are no great limits to growth because there are no limits of human intelligence, imagination, and wonder.

– Ronald Reagan, Actor and 40th President of the United States

Trade has been a cornerstone of our growth and global development. But we will not be able to sustain this growth if it favors the few, and not the many.