Pakistan is the world’s sixth-most populous country, with a population of 200 million. Today, one of the biggest challenges is to find innovative, productive and sustainable ways of producing energy in order to meet the growing demand of the country’s commercial and public sectors.

This would require investments that will boost electricity generation, an increase in the number of power plants fueled by cheap natural gas, hydro-power, coal & nuclear power, and upgradation of power distribution network.

Nawaz Sharif, Prime Minister of a country experiencing a severe nationwide power crisis, is now betting on a Chinese investment of $21 billion in the energy sector with the belief that increasing the cash flow into this sector would create millions of jobs and increase electricity production in addition to reviving the economy.

While the Chinese government pledged to invest $21 billion in energy sector to help Pakistan successfully recover from decades of power shortages, as a part of its plans of upgrading the existing power infrastructure in Pakistan, China has provided valuable engineering resources, and thousands of trained workers and engineers.

Pakistan has currently more than 10,000 Chinese workers involved in 10 different energy projects that have been mutually initiated by the governments of two countries. Additionally, the researchers estimated the total overall energy output would be increased by 60% within two years. That will be the first major boost to the energy sector over the recent years. The federal government is looking forward to inaugurate a nuclear power plant by the end of this month and a pipeline network by the start of 2017.

A $2 billion coal power plant is under construction at Port Qasim, Karachi. The project started in late 2015, and with just months to go before its expected opening, one 400-foot high cooling tower is complete, and the second one is almost near the finish line. Around 4,000 people, half of which are Chinese, are now working 24 hours a day, seven days a week, to deliver the project on time and within budget.

Syed Akhtar Ali, in charge of energy at the Federal Planning Commission, expressed his confidence on the configuration and performance of ongoing project operations. He said:

“Never in the history of Pakistan has there been such a big package of electricity plants in the pipeline.”

Since 2013, under Mr. Sharif’s government, economic growth has been relatively stable, rising to almost 5%. The growth is considered significant as compared to the past recoveries. Notably, the government has set the growth target for next year around 7%, however, it’s an enormous challenge in itself. Reviving the energy situation in the country is the nucleus the lofty economic aspiration. Mr. Sharif is racing to fulfill his pledge and become the first incumbent to be re-elected in a country whose voters—or the interventionist military—have long ousted its leaders for their poor performance. 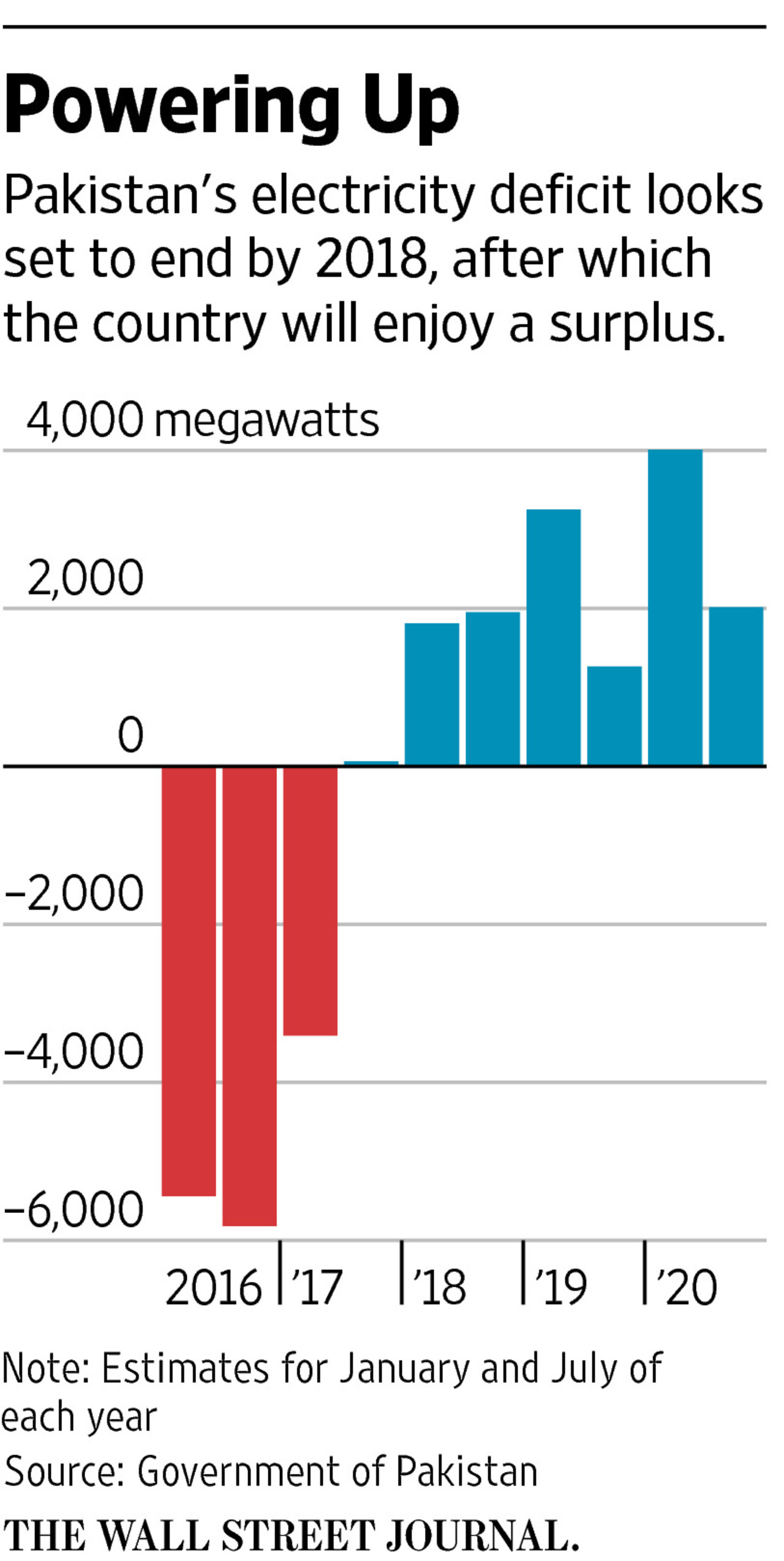 “Electric power is going to be the swing factor in the election.
If we don’t deliver on power, we won’t be seen as having delivered.”

“The Chinese hope that, over time, greater economic success for its Pakistani ally will act as a source of stability and help to de-radicalize society.
If you have a more normalized Pakistani economy and closer economic linkages within the region, this will at least mitigate some of the long standing conflictual tendencies that exist there.”