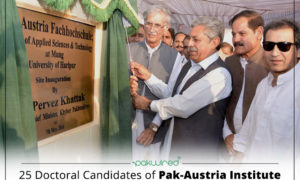 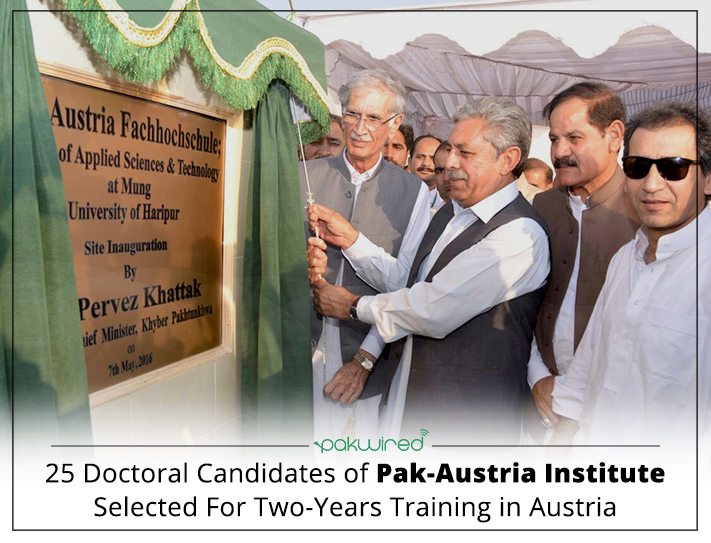 Mr. Pervez Khattak, Chief Minister KP, laid the foundation stone of Institute in Mang area of district Haripur on May 9th 2016. The institute is to be housed in a campus that would cost about Rs8.2 billion for the construction and land purchase. Interestingly, the entire funding for the project has been awarded by the KP government. However, the required technical support will be provided by the Austrian universities.

All 25 faculty members will receive specialized training; they have been chosen to attend the two-year specialized training program on the basis of their academic performance and involvement in different research projects. The training would be executed under the expert guidance of senior Austrian professors and researchers.

The faculty members will benefit from a wide range of training areas, including oftware engineering; clinical engineering; multi-media laboratory technology; energy; and mechatronics engineering, among others. Moreover, another 175 faculty members would also be sent to Austria in the second phase of the program. The program aims to train the candidates for research at doctoral level and for careers in STEM (Science, technology, engineering and mathematics) areas.

The institute will be based in Haripur, Hazara and overseen by the provincial government. Construction on the project took off last summer; it will take seven years in total – with six to go – and cost Rs 8.2 billion, jointly supported by the KP’s government and government of Austria.

Programs will be offered in a variety of formats, from four-year undergraduate programs to two-year Master degrees and beyond, in Software Engineering, Energy-Environment Engineering, Digital Multi-media Technologies, and Mechatronics. The institute will offer dual degrees of the partner Austrian universities to its graduates.

In a statement Dr Nasser Ali, project director of the institute, said:

“Besides education, technical training would also be offered in the institute, which would produce manpower for the Hatar industrial estate being developed under the China-Pakistan Economic Corridor (CPEC).”

“We are also planning to set up a railway school in the institute where training would be imparted on railway communication, signal and railway engineering. The proposed railway school is aimed at producing graduates for the railway track being set up under China-Pakistan Economic Corridor.”