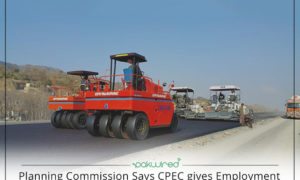 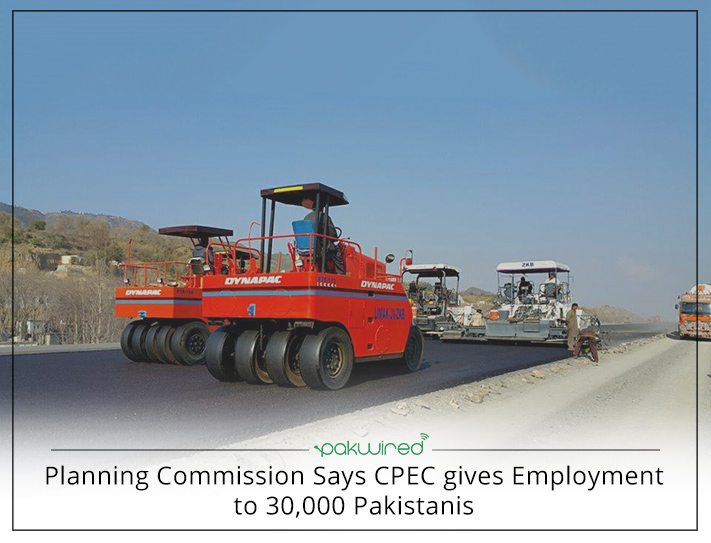 A statistical report released by the Planning Commission (PC) of Pakistan has announced that CPEC has given direct employment opportunity to 30,000 Pakistani nationals. This includes both the engineers and workers working for different projects working on the China Pakistan Economic Corridor.

The number as of now depicts the Pakistanis employed in the CPEC Early Harvest Projects (EHP) only. The International Labor Organization (ILO) has estimated that in the long run the direct job openings created by the project can reach upward of 500,000.

The Planning Commission is also painting a rosy picture for Pakistani origin workers as it hopes that within the next 15 years, another 700,000 to 800,000 openings will be created for the Pakistani engineers and skilled labor to step in.

Karachi University’s Applied Economics Research Center (AERC) has predicted an additional 2 to 2.5 points in annual economic growth. Planning Commission expects that the eventual figure will ultimately be higher than 2 to 2.5 percent as suggested by AERC. The underlying factor for exceeding the numbers is due to 100,000 more jobs estimated by PC as compared to AERC.

Where are the opportunities?

The energy sector leads the list with creation of most job opportunities under the CPEC project lists. Port Qasim Coal Power project tops the list with 5,000 job openings, while Sahiwal Coal Power Plant and Zonergy Solar Power Projects are employing approximately 3,000 people each.