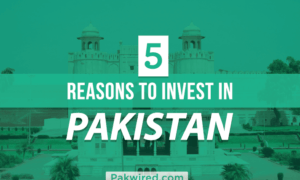 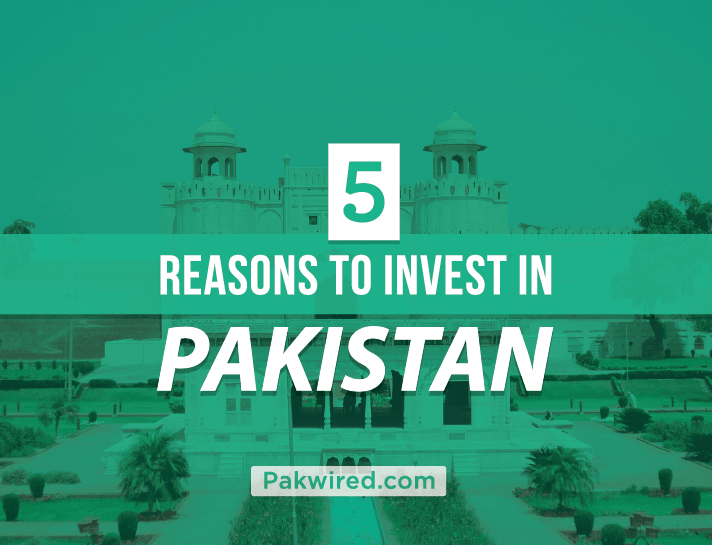 Western media coverage of Pakistan has always been overwhelmingly negative, dominated by stories of conflict and terrorism which paint an ugly picture of what is really a vibrant and beautiful nation. Foreign investors from Europe and North America have largely avoided Pakistan, seeing only the risks and challenges inherent in the unstable political climate, and failing to discern the opportunities that lie within it.

But for several years now Pakistan’s IT sector has been growing by leaps and bounds, led by a new wave of bright young entrepreneurs, programmers and inventors. Recently some major international players – like Google, Samsung and China Mobile – have taken notice, and made significant investments in the country’s emerging tech industry. Investors and analysts East and West are taking a closer look at Pakistan, and the leading role that it will play in the world economy in years to come.

Here are 5 good reasons why you too should invest in Pakistan, and get in on the action in one of the most up-and-coming markets in South Asia.

Pakistan has a population of more than 180 million people, making it the sixth most populous nation on earth, and that number is expected to grow to over 210 million by the year 2020. Pakistan is blessed with an incredibly youthful population, with 68 percent under 30 years old. In the nation’s urban centers, like Karachi and Lahore, a growing number of those young people are college graduates, with all the education and skills needed to contribute in the IT sector and elsewhere. And more than half of Pakistanis speak English, as compared to only 6 percent in neighboring India, giving them a significant edge in doing business internationally.

Above all, the people of Pakistan have an indomitable spirit. Despite the conflicts and political upheavals we hear so much about in the West, the nation continues to grow. The Pakistani people still face incredible hardships, especially in rural areas where poverty is widespread, and there is a general lack of infrastructure, education and opportunity. But they have proven that they have what it takes to overcome these challenges, and make Pakistan a place where people, ideas and innovation can thrive. The number one reason to invest in Pakistan is the Pakistani people themselves.

Pakistan covers more than 300,000 square miles (nearly 800,000 km) of territory, stretching from the coast of the Arabian sea in the south to the disputed regions of Kashmir in the north; between Afghanistan and the oil rich nations of the Middle East, and the developing economic powerhouses of India and China. It occupies a key location for oil pipelines and international trade, and this strategic position alone makes Pakistan a major player in the affairs of the region, whose influence will only grow stronger as the nation continues to develop.

There are a number of major obstacles to conducting business in Pakistan: poor infrastructure, power outages, internet censorship, lack of intellectual property and investment security, cultural differences, etc. These challenges have thus far discouraged many businesses and foreign investors, resulting in a market with little competition compared to markets in the West, or even in other developing nations like India.

But the economic climate is changing. The government of Pakistan is currently taking a more liberal stance on economy and industry, setting policies friendly to both foreign investment and local development. Legislation is in the works to prevent cyber-crime and protect digital and intellectual property rights. Significant investments are being made in the nation’s education and infrastructure. Many of the most serious risks and challenges facing investors are being addressed, and the stage is set for a technological and economic boom in the country.

But investors wishing to be a part of the revolution must act quickly, and seize the opportunities that exist today before the floodgates of foreign investment are thrown wide open. The time is now!

Of the 186 million people living in Pakistan, almost 140 million have cell phone coverage, and they enjoy some of the lowest rates anywhere in the world. More than 9 million of those users have access to 3G or 4G broadband service, with that number expected to grow to 110 million in the next 5 years. That’s a huge market for apps and other mobile technologies.

China Mobile, the largest cellular network provider in the world, saw the potential of Pakistan’s rapidly growing mobile market, and spent $516 million in an auction for 3G and 4G licenses. The Norwegian communications company Telenor also invested $300 million in licenses. Along with Pakistan’s own Ufone and Mobilink, these foreign investors are building the networks that will power the next generation of smartphones in Pakistan, and paving the way for a revolution in mobile connectivity.

Pakistan recognizes that the best way to overcome current challenges, grow the economy, and meet the needs of the people is through entrepreneurship. Schools are encouraging their students to pursue the entrepreneurial path, and preparing them to start their own businesses. The government recently launched a “Youth Business Loans” program designed to stimulate small business development and lay a healthy economic foundation. About $2 million in low fixed-rate loans were made available to 100,000 qualifying entrepreneurs across the country.

The Punjab Information Technology Board (PITB) has created Plan9, the nations premier tech incubator, based in Lahore. Since it’s inception, more than 60 start ups have passed through their programs, including Eyedeus labs (makers of the photo blending app Groopic) and LearnObots, a company bringing fun and cutting edge 3D printing and robotics technology to Pakistani school children.

Last month saw the launch of P@sha’s “The Nest i/O,” a community workspace and tech incubator in Karachi which was funded in part by Samsung and Google for Entrepreneurs. Karachi is also home to the DotZero, a shared workspace and networking center for start ups and entrepreneurs.

Many of the pieces are already in place for Pakistan to become the Silicone Valley of South Asia, but there is still a huge need for investors to provide start up capital – and a huge opportunity to profit from one of the most fertile centers of tech innovation in the eastern hemisphere.