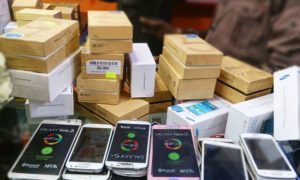 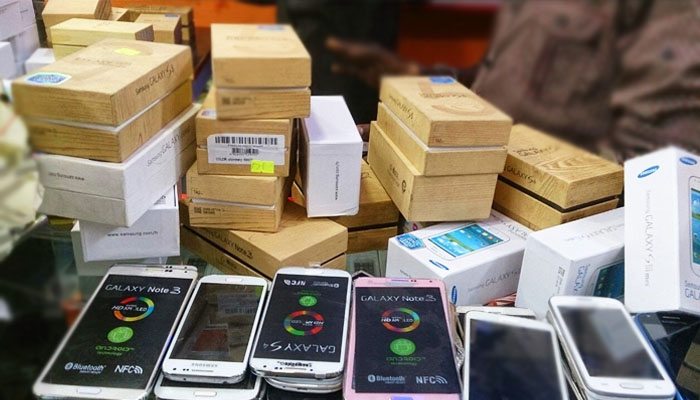 As the national economy struggles against a rising debt, the Government of Pakistan has decided to levy 50% duty on the import of mobile phones. The step has been prompted by the need to discourage imports and balance the already feeble economy of the country.

According to the sources, it has been revealed that a high-level meeting was arranged in which officials from the Federal Board of Revenue (FBR) were also present. The meeting was hosted by the Secretary Commerce Younus Dagha at the ministry of commerce. The session was aimed to discover ways through which the country can reduce imports as increased imports are disrupting the country’s trade balance.

50% duty to slow down imports

A 50% import duty on the import of mobile phones will be applied in order to slow down imports and encourage the general public to buy locally assembled phones. However, the meeting officials feared that this move might cause an increase the smuggling of mobile phones. Besides the legal imports, a vast majority of used and refurbished phones are smuggled into the country through different illegal channels.

However, issues regarding smuggling were put aside as the customs sector has been advised to take measures to control smuggling of mobile phones. This move will enable the locally assembled Chinese mobile phones to attract consumers. It was said that over $1 billion are spent on the import of mobile phones which proves to be a burden on the already increasing trade deficit. Moreover, the growth in telecom industry has also been a great factor in increasing the overall imports of the country.

Back in 2016, imports of mobile phones were recorded to be $46.02 million. However, after the 2017-18 budget, customs duty on mobile phones has been dropped from Rs1,000 to Rs650. As a result, it has increased mobile phone imports to $68.57 million. This included smartphones which have been imported through legal channels with sales tax of Rs300, Rs 1,000, and Rs 1,500 depending on the type of smartphone.

The imports of the country have increased highly as new technologies have been introduced in Pakistan. People tend to buy upgraded tech and smartphones with 3G and 4G technologies. According to latest reports, Pakistan is the 9th major user of mobile phones in the world.