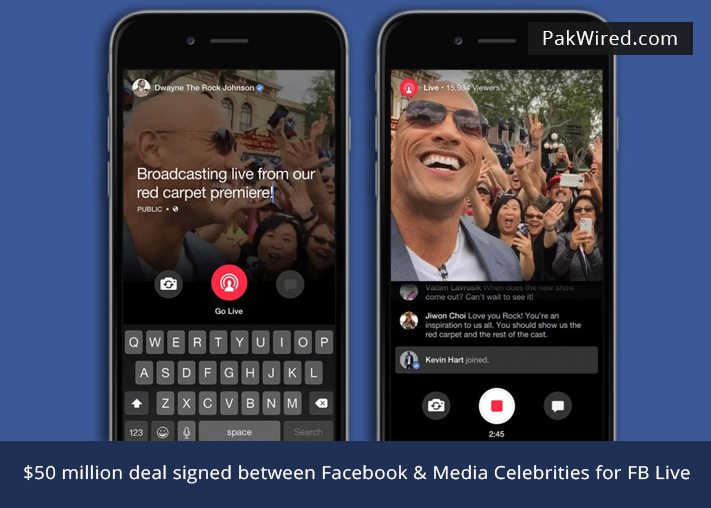 In a recent development, Facebook has signed deals with media companies and renowned celebrities worth more than $50 million in order to create videos for its live streaming service, according to The Wall Street Journal. The notion is to cash in money-spinning advertising market and to keep whopping 1.65 billion users engaged monthly.

Facebook has penned down contracts with 140 different media companies and celebrities to create videos. The company will be paying them lucrative amount in return totaling more than $50 million according to the document which has been reviewed by The Wall Street Journal.

In an email, the vice president of global operations and media partnerships at Facebook, Justin Osofsky stated that:

According to the document, Facebook inked down the highest deal with online publisher BuzzFeed at $3.05 million followed by the New York Times at $3.03 million and CNN at $2.5 million. The values of the contract are purely based on publishers’ popularity on Facebook and the number of broadcasts they are willing to stream.

Live videos are intended to be exclusive to the Facebook Live platform. After a live video is over on Facebook, it is stored so Facebook users can watch it later. Facebook executives said that about 2/3 of the watch time for a Facebook live broadcast happen after the fact. An average user watches live video three times longer than other types of video as the results have been derived after an early testing.