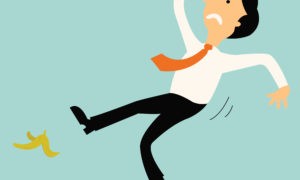 It is normal for entrepreneurs to have a few unsuccessful startups before striking gold; without failure, there would be no success.

Certain startup flops are particularly memorable, because they seemed so close to nailing it, only to fail quite catastrophically. These startups impressed investors and raised large amounts of capital, only to make disastrous mistakes that cost them their whole business.

As sad as it is to see high-profile startups go down in flames, at least budding entrepreneurs can learn lessons from what went wrong. Here are six of the most catastrophic startup failures in history, some of the mistakes they made, and a few hints about how to do things right.

One of the most expensive startup failures to date, US firm Webvan burnt through a cool $1 billion on its way to bankruptcy. The online grocery delivery startup went from spectacular growth to catastrophic failure, all within the space of a few years.

Although Webvan had high-profile investors backing it, the startup was a victim of over-eager expansion. After spending over $1 billion on warehouses and trucks to grow the business, there turned out to be a shortfall in demand. Whatever success the internet startup had envisaged, the sales figures just didn’t back it up. Started in 1999, Webvan was dead in the water by 2001, killed by trying to grow too quickly.

Take-away: Conduct thorough market research before expanding operations, and never leap into other markets without piloting your product properly. Grow incrementally, matching the pace of demand with appropriate investment, so you don’t ever run out of cash.

It wasn’t that Pay By Touch was a bad idea for a startup. In fact, contactless payments are currently growing in popularity. Pay By Touch, which started in 2002, was particularly innovative — its technology allowed users to make purchases using just their fingerprints. But the charismatic genius who founded the biometric payment processing startup tuned out to have a darker side.

John P. Rogers, CEO of Pay By Touch, managed to raise $340 million to fund the company, but investors allege that he was spending it just as quickly on ill-judged business expenses, partying and a suspected drug habit. The startup went bust in 2008, with Rogers facing a string of lawsuits and questions about his mental stability.

Take-away: Your business will only ever be as healthy as your mindset is. Sort out any personal issues, so they don’t end up affecting your professional life. If someone on your team is having problems, get them help as soon as possible.

European retailer Boo.com was an online startup that seemed destined for success. Founded in 1998, the internet clothing store was heralded by Fortune as one of Europe’s coolest companies before it had made a single sale. Boo.com aimed to be not only a clothes store, but a trendy lifestyle destination. But its eventual failure was so catastrophic that one of the founders, Ernst Malmsten, even wrote a book about what went wrong.

After Boo.com folded in 2000, Malmsten blamed an over-complicated concept and problems with user experience. The website was imaginative and attractive, and featured a virtual assistant to help customers choose clothing. But with all the bells and whistles, the website loaded too slowly and failed to convert browsers into buyers. Within two years of starting, Boo.com had spent its $135 million investment and had become the biggest European dot.com bust to date.

Take-away: A good idea is not necessarily a good business idea. Profitability is what counts in the end. Always make the buying process as fast and easy for customers as possible.

Pets.com managed to gobble up $100 million before shutting up shop only two years after it began. The online pet store marketed its services aggressively, spending almost $12 million on a memorable advertising campaign. The problem was that the startup only made $619,000 in revenue in its first year.

In order to attract customers, Pets.com was prepared to lose money on some items to begin with. But as time went on, the firm was still selling at a loss, as it had failed to figure in the cost of shipping fees. Products like pet food and litter are relatively heavy, and Pets.com made losses on many items. The startup’s $300 million of investment capital was gone before it had the chance to change its business model, and in 2000, Pets.com went under.

Take-away: Do your costings thoroughly. Then do them again. Sloppy calculations can ruin a business, no matter how good its marketing campaign or products. Write down every business process from beginning to end, costing every stage of production, administration, and sales.

Even profitable startups can go terribly wrong, as the example of eToys.com shows. Launched in 1997, it only took two years before business was booming for the online toy retailer. At its peak, eToys enjoyed a market capitalization of about $11 billion, and was turning over nearly $25 million a quarter. But only a few years later, eToys filed for bankruptcy.

The disaster seemed to be down to poor money management, with unnecessarily lavish offices opened in high rent areas, extravagant recruitment, and IT consultants reportedly paid $2,000 per day. One poor Christmas season coupled with excessive spending meant that it simply ran out of cash.

Take-away: No matter how much money you’re making, you still need to be prudent about what you spend. Make sure you build up reserves if you need to cope with slow periods, rather than spending as if tomorrow will never come.

Despite a dream beginning, with enthusiastic backers and the money to match it, Better Place must have hoped for a better ending than it got. The startup planned to change the face of driving forever by launching electric cars with a whole recharging network to support them. Founder Shai Agassi had a powerful vision and it got him celebrity meetings, TV appearances and a TED talk to boot. After raising around $1 billion in funding capital, Better Place achieved one of the largest seed rounds in startup history.

But the business failed because, despite the grand idea, no-one was paying attention to the details. Costings were vastly underestimated, market was overestimated, and everything took twice as long as expected. The cars ended up being much more expensive than Better Place had led the public to believe, and so only 1,400 vehicles were sold before the dream, and the company, collapsed.

Take-away: While it’s great to have big ideas, always be realistic about how they will work in reality. Stay grounded, and work through the details, rather than making grand promises you can’t keep.