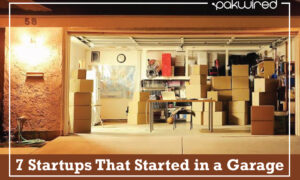 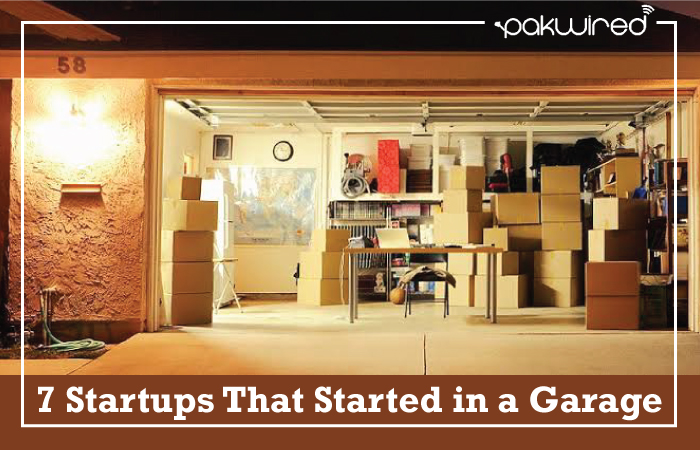 All startups must begin somewhere, and some of the world’s largest, highest-grossing Startups That Started in a Garage.

Operating out of a garage is a great way of saving money while you begin to grow your business. If you have determination, self-belief, and a great idea, you can grow your startup from humble beginnings.

Google’s phenomenal story started in a garage in California, with no-one knowing it would grow to become the largest network in the world.

In 1998, Stanford University graduates Larry Page and Sergey Brin leased a garage from a friend, Susan Wojcicki, who charged the budding entrepreneurs $1,700 per month.

The makeshift office came complete with a parking space, which was reserved for Craig Silverstein, Google’s first ever employee. Over the next five months, the 25-year-old founders diligently worked on the algorithm that would one day make them famous.

By March 1999, Google had already started grabbing media coverage, and was getting too large for the garage. The company moved into other offices, eventually settling in 2 million square feet of office space in Santa Clara.

Wojcicki went on to become Google’s vice president of product management, and Silverstein become director of technology. Eight years after starting up, Page and Brin bought the garage in Santa Margarita Avenue, where Google first began, as a tribute to its humble beginnings.

In 1939, with only a small garage to work in and $538, Hewlett-Packard was founded by engineering graduates Bill Hewlett and Dave Packard.

Packard’s garage in Palo Alto could be considered not only the birthplace of HP, but also of Silicon Valley itself, with many technology startups in the area following in HP’s footsteps.

The firm found its first success when it created the HP200A, a precision audio oscillator that it could sell at a cheaper price than its competitors.

Today, a plaque marks the spot where HP and Silicon Valley first started — in a California garage.

The birth of the MagLite flashlight is the rags-to-riches story of a poor man with only a dream and a garage, who went on to make millions with his product.

In 1955, Tony Maglica had just $125 and barely spoke English, having grown up in Croatia. After immigrating to Los Angeles five years earlier, he had worked various low-paying jobs.

While working as a machinist, he convinced a retailer to sell him a metal lathe worth $1,000 for a $125 down-payment, promising to pay the rest off monthly.

Maglica started his own manufacturing sideline, making precision parts in a garage in Los Angeles. As his business grew, Maglica founded his own machine shop, which became incorporated as Mag Instrument in 1974.

A few years later, Maglica started building flashlights, and the MagLite was born. MagLite went on to become not only a household name, but also the standard issue flashlight for U.S. police officers for many years.

Amazon was born in 1994, in the garage of Jeff Bezos, a Princeton graduate with a brilliant idea.

Bezos left a secure job to found Amazon.com, which he dreamed up after a new U.S. law was passed, ruling that online retailers would not have to collect sales taxes in states where they didn’t have offices.

Bezos moved from New York to Washington, and started his online bookstore from his garage in Bellevue. The next summer, he sold his first book, and began to promote his business in 48 countries.

Amazon’s shares skyrocketed in 2011, more than doubling in value. From its humble beginnings as a garage business, Amazon now sells not only books, but all manner of other products, and is the world’s largest online marketplace.

Now known as the world’s leading manufacturer of toys and board games, Mattel started as a side business in a garage in southern California.

In 1945, Harold Matson, and husband and wife team Elliot and Ruth Handler, started a business selling picture frames, operating from a garage workshop.

Trying to maximize the use of their materials, Elliot started to make dollhouse furniture out of the scraps leftover from manufacturing picture frames.

After seeing the side business flourish, the firm ventured further into the toy market, creating its first musical toys. By 1948, Mattel was incorporated, with headquarters in Hawthorne, California.

Since then, Mattel has brought thousands of toys and games to the market, including Barbie, Scrabble, Matchbox cars, and the Fisher Price product line.

Software giant Microsoft was started in 1975, in the garage of a young college drop-out called Bill Gates.

In a tiny Albuquerque garage, with room for only two people, Gates and his friend, Paul Allen, started a firm, which was originally called “Micro-Soft”.

After contacting Micro Instrumentation and Telemetry Systems (MITS), the creators of the Altair 8800, Gates and Allen were invited to write a BASIC programming language interpreter for the microcomputer.

Following the deal with MITS, “Microsoft” was registered as a trade name in 1976, and the firm continued to develop programming language software, relocating to larger offices in Washington.

Today, Microsoft is a multinational technology corporation, and co-founder Bill Gates is one of the richest men in the world.

Arguably one of the world’s best-known modern brands, Apple was originally started by three young men, in a garage in California.

The computer was sold as a motherboard, without a keyboard, monitor, or case. A local store agreed to buy 50 units of the Apple I, for $500 each, and the team completed their first order within 30 days.

Sensing success, the small technology company went on to create the Apple II, and then the Macintosh line of products that gave Apple its big break, securing millions of dollars of investment in the firm.

Apple is now the world’s most valuable technology company, with its market-leading iPod, iPhone and iPad products.