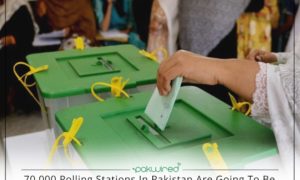 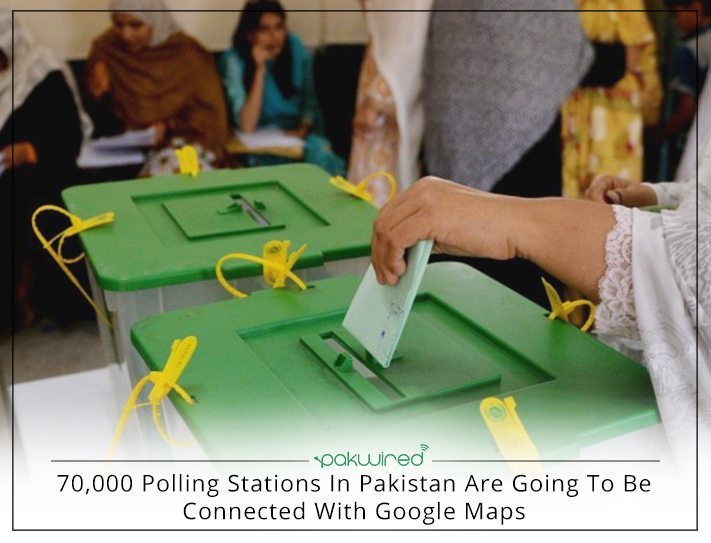 The Election Commission of Pakistan (ECP) is connecting up to 70,000 polling stations with Google Maps for next general elections. The move is designed to let users find their respective polling station without any problem. It is important to note that many voters suffered serious problems in locating their respective polling stations in previous elections. The ploy is aiming to reduce complaints received by various political parties on the difficulties related to general voting.

The polling stations remain an area for concern for the Election Commission of Pakistan. Historically, the polling stations are staffed by untrained polling officers who are mostly government employees in various positions. This has, in the past, led to inadequate basic facilities and administrative staff at polling stations causing inconvenience and technical problems.

In a high level meeting which was chaired by Chief Election Commissioner, Justice Sardar Raza, recent polling reforms were discussed. The agenda of the meeting revolved around creating better infrastructure facilities for General Election 2018.

The Exact Scope of the App?

The Google map app will allow users to calculate the distance to the nearest polling address. As of now, we are unaware about the extent of information provided in the app and its usability. Early reports indicate that the app will only provide information about nearby polling stations in the vicinity. Google map is a free navigational app that can be downloaded from the App Store and Android Market, respectively.

ECP is planning to roll-out a demo of the app in the near future. Once the beta version is released for a demo, we will be in a better position to comment how useful it is going to be.

Reforms for Polling Stations across Pakistan

Other reforms discussed in the meeting include developing better polling facilities at roughly 1,500 schools. The schools out of which 750 are in Punjab and 700 in Sindh will be used as Polling Stations in the General Election. In order to ensure that they have desired facilities, a general overhaul will be carried out. The ECP also discussed means to provide uninterrupted electricity, water, and other basic human facilities at these polling stations. ECP committee has settled on a time-frame of one year to ensure that all necessary actions are done.