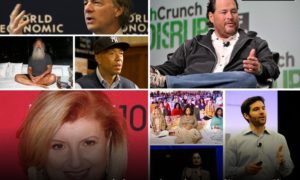 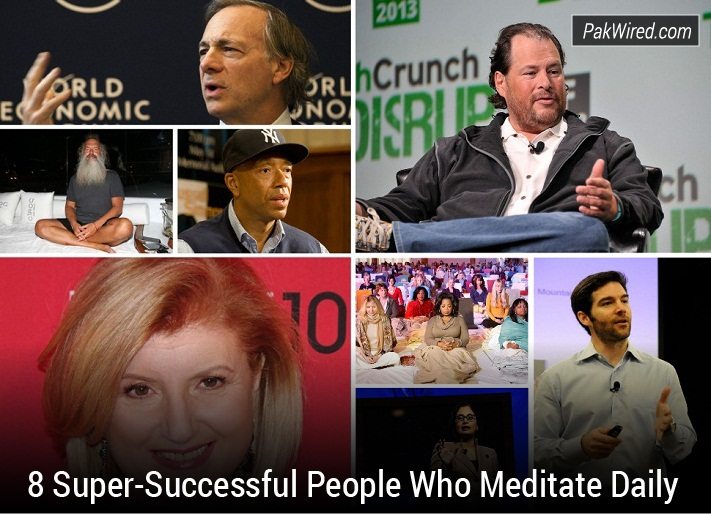 What’s one thing that many of the world’s most successful people have in common? The answer may surprise you.

Many people, when they hear the word “meditation,” probably associate it with Buddhism or yoga. They think of it as a religious practice, for those pursuing nirvana or enlightenment.

But meditation isn’t just for monks and hippies anymore.

Doctors are prescribing meditation to lower stress levels and help with pain management. Science has shown that it may even improve memory and brain function. It’s being taught in schools, to help kids focus and learn in the classroom. It’s used by actors, artists and innovators as a way to boost creativity and “get in the zone.”

And a growing number of entrepreneurs and corporate executives are discovering that meditation not only increases their well-being and improves their personal lives – but it gives them an edge in the business world, too.

Meditation is for everyone. Everyone, that is, who wants to realize their highest potential, succeed in whatever it is that they do, and live life to the fullest.

Bottom line: if you’re not meditating, you’re missing out.

But hey – don’t take it from me. Check out what these super-successful and highly influential folks have to say about it, and decide for yourself. 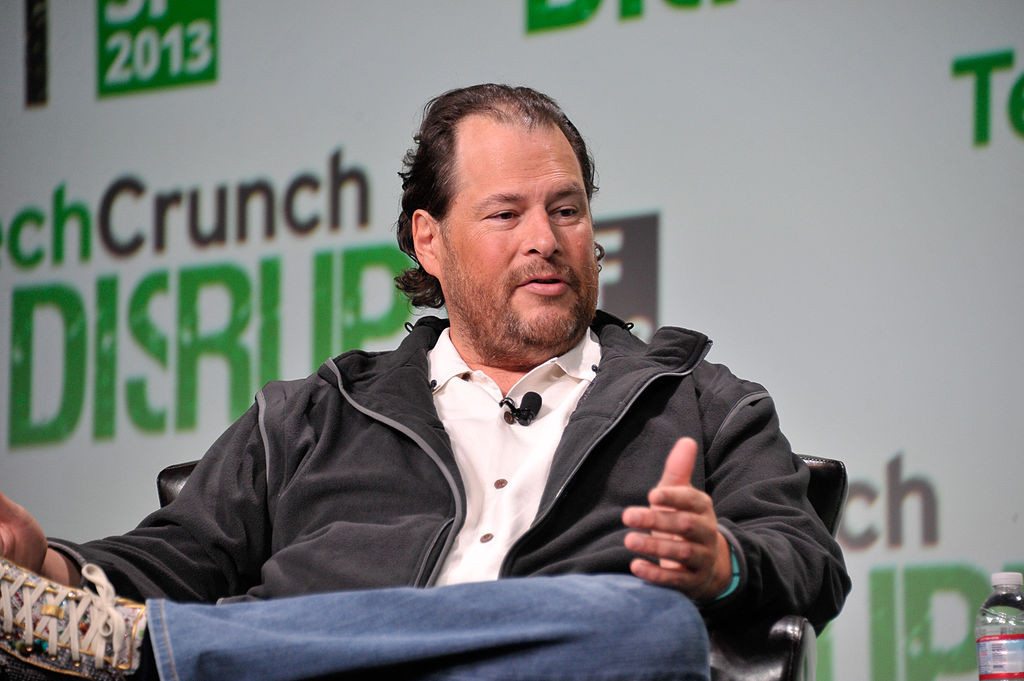 photo from wikipedia, uploaded by Schreibvieh

Marc Benioff started salesforce.com in 1999, growing it into a billion dollar company and revolutionizing the cloud-based computing industry in the process. He started practicing meditation even before that, while serving as VP of Oracle.

In a Utah tech conference last year, Benioff spoke on the importance of meditation to CEOs and business leaders. He advised the assembled entrepreneurs to “clear your mind, make room for some new ideas, and get back to a beginner’s mind.” 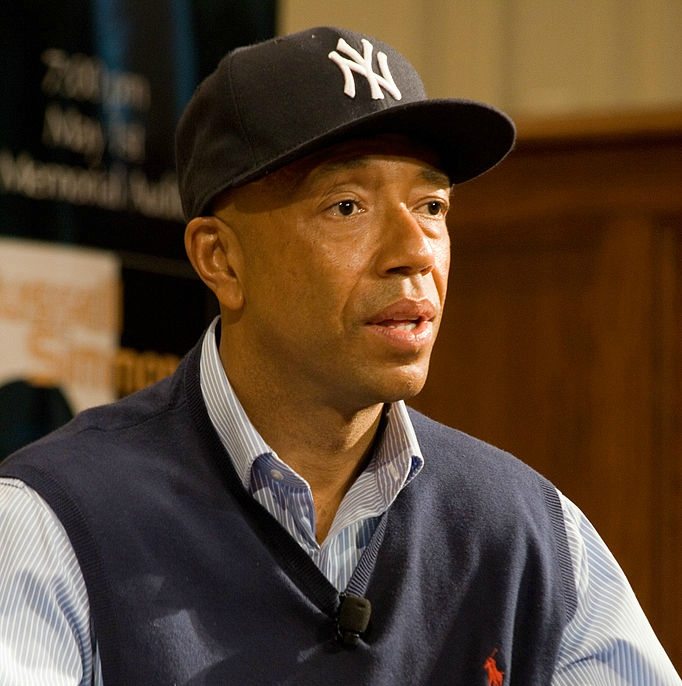 The co-founder and CEO of Def Jam has been practicing Transcendental Meditation every day for 15 years. He credits his practice with helping him to focus, think clearly, be creative, be successful as an entrepreneur, and find harmony and happiness in life.

He even launched an app recently called Meditation Made Simple, as part of his mission to spread meditation to as many people as possible.

Like he told Observer magazine: “As many people as I can teach to meditate, the better. It’s very important, and if everyone did it, it’d be a happier, healthier, less violent world.” 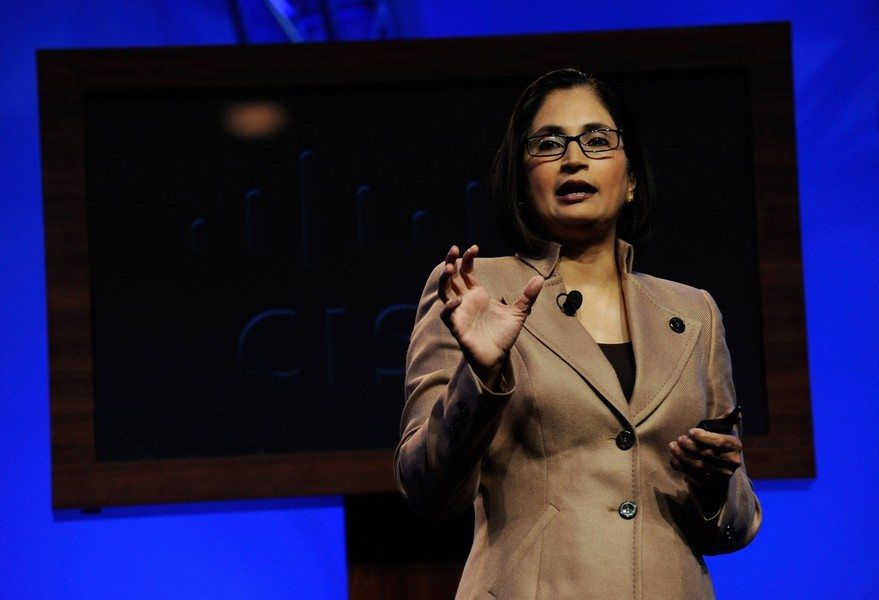 Warrior at the International CTIA Wireless Show in Las Vegas

As the Chief Technology and Strategy officer of Cisco Systems, and former CTO of Motorola, Forbes has named Padmasree Warrior one the 100 Most Powerful Women in the world. One of the keys to her success is her nightly meditation practice.

Every evening she sits and empties her mind for 20 minutes, letting go of all the stress and activity of the day. She also unplugs every Saturday for a “digital detox,” and enjoys painting, poetry, cooking and community involvement…

We could all learn a lot from her about success and self-care. 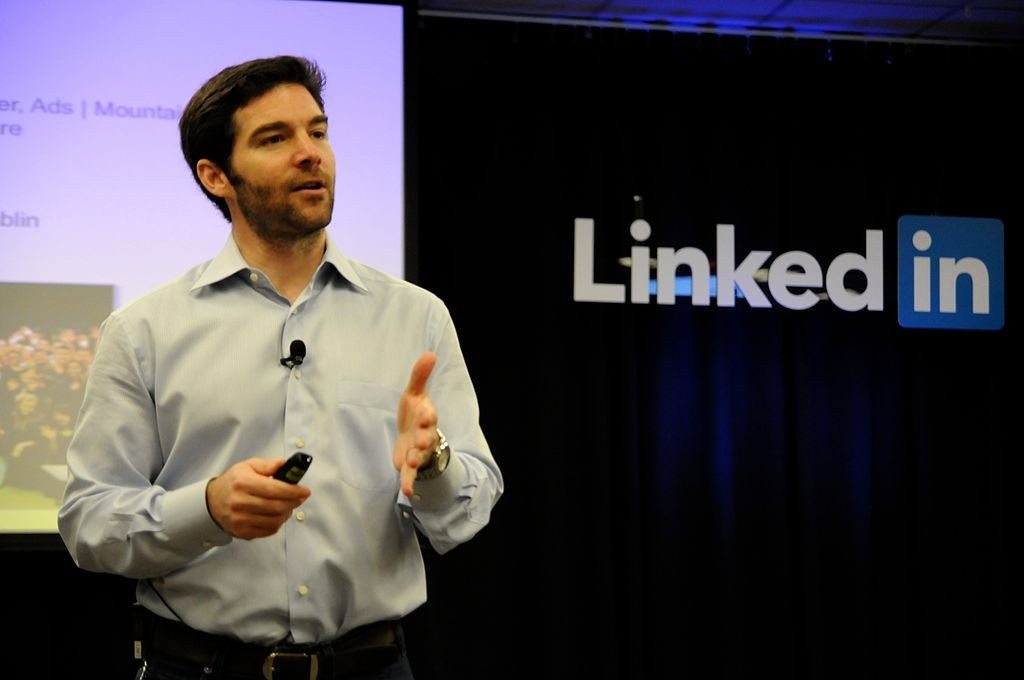 CEO of LinkedIn, and former Yahoo executive, Jeff Weiner clears out blocks of his schedule every day to meditate and “just think.” He credits this practice with helping to develop compassion and empathy, as well as improving his productivity and leadership in the workplace.

He is a regular guest at the Wisdom 2.0 Conference, where he talks about conscious business and leadership, and the importance of meditation in the business world. 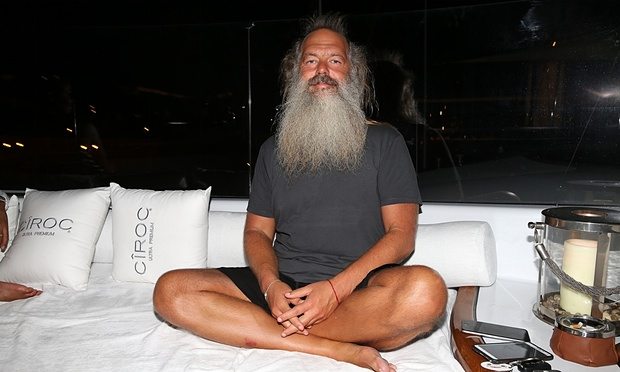 In the music world, the name Rick Rubin is synonymous with quality and excellence. The co-founder of Def Jam and former president of Columbia Records, Rubin is one of the greatest music producers of all time, and the list of platinum-selling artists he has worked with would be an article in itself.

He is also a daily practitioner of Transcendental Meditation, and said that his practice helps him “to get in tune with the harmony of the planet.” 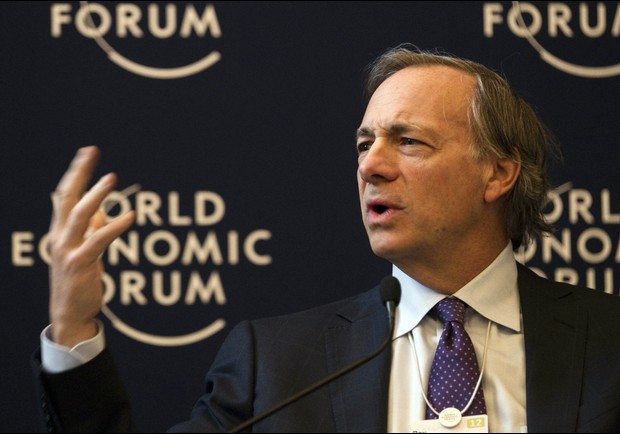 Billionaire Ray Dalio is the founder of Bridgewater Associates, the largest hedge fund management firm in the U.S. He has been practicing Transcendental Meditation for more than 40 years, and says he was inspired by the Beatles.

He credits meditation with helping him to stay calm, be creative, and deal with stress “like a ninja.” He also said, “Meditation, more than any other factor, has been the reason for what success I’ve had.”

And that’s quite a bit of success, indeed. 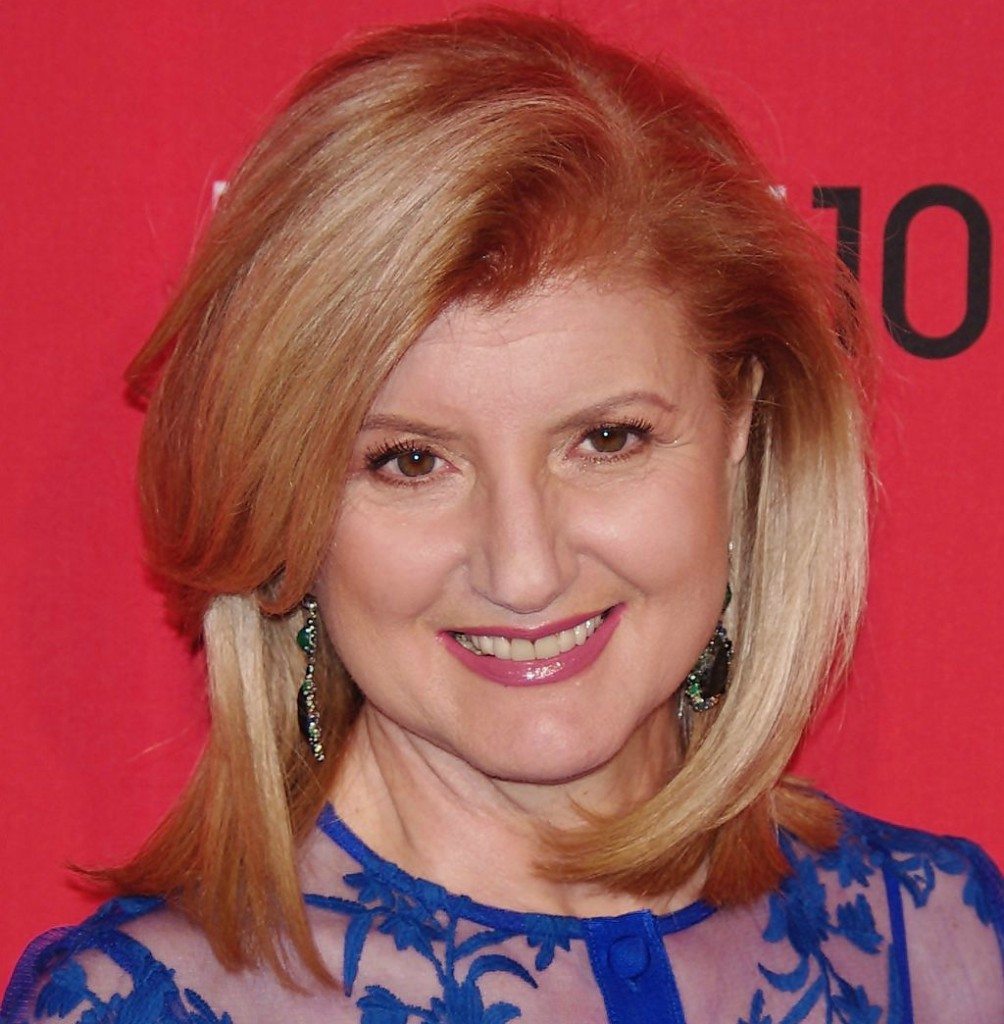 The Huffington Post is ranked as one of the most powerful blogs in the world, and co-founder and editor-in-chief Arianna Huffington has been named one of the most influential women in media by Forbes magazine. A 20 – 30 minute meditation is a part of her morning routine, and (along with yoga and a good night sleep) a part of her recipe for success and well-being. 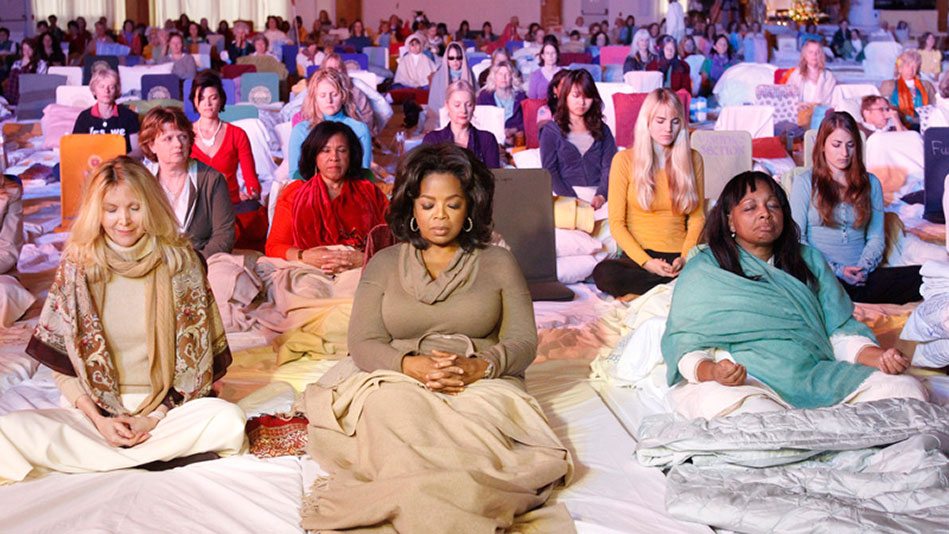 And speaking of influential women in the media, no list such as this would be complete without a nod to Oprah Winfrey. She went from rural poverty to America’s most beloved TV personality, and along the way she founded her own media empire and became one of the wealthiest and most powerful people in the world.

She is yet another super-successful TM practitioner, spending 20 minutes in meditation once or twice a day. She uses meditation as a way to connect to the stillness, “where all creative expression, peace, light and love come to be.”

“Only from that space,” she says, “can you create your best work, and your best life.”