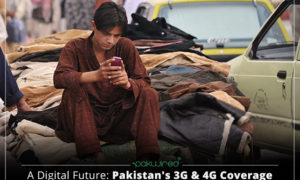 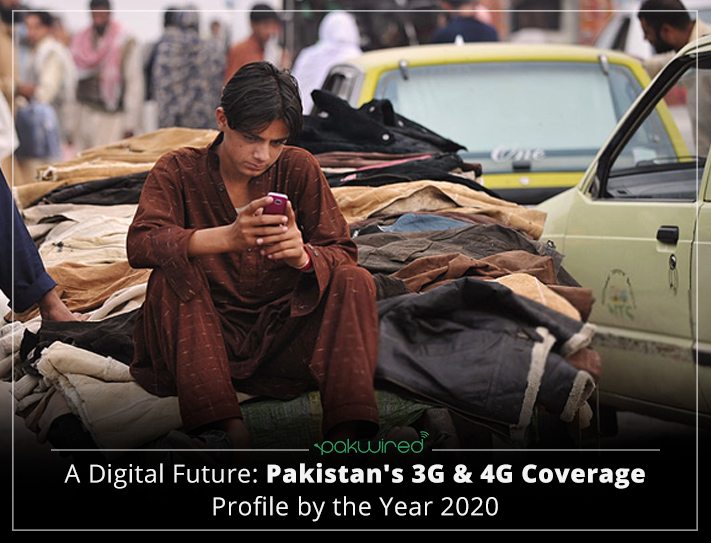 The data shared in the report “A Digital Future” confirms that hefty investments in the sector by the network operators resulted in a combined 3G coverage in Pakistan to reach just under 75% of the Pakistani population by only mid-2016. Interestingly, the coverage had reached 65% of population by the end of 2015. 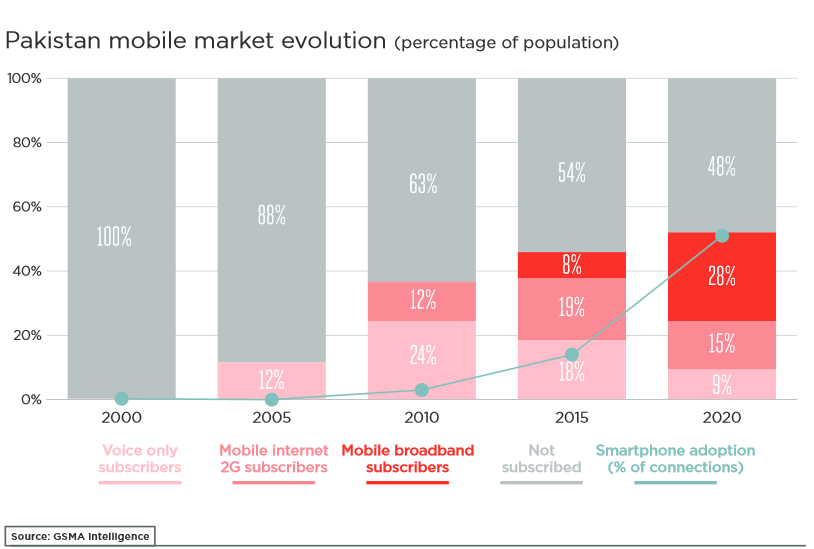 Key findings of report are:

The GSMA report further estimates that (not including any additional spectrum costs) investments for 3G network expansion will reach $2.8 billion over the next four years – enabling around 90% of the population with 3G access by 2020.

Maintaining the lowest penetration levels in South Asia, ahead of only India and Afghanistan, Pakistan has only 90 million unique subscribers, accounting for 47% of the population (by mid-2016). It is interesting to note that in addition to this, despite having an emerging digital industry, less than 30% are users of the mobile internet (2G, 3G or 4G), ahead of only Afghanistan. Not to mention, mobile internet penetration in Pakistan is 29% versus a regional average of 32%.

The report presents an in-depth analysis of Pakistan’s digital future profile, and is available for download here.

Another interesting thing I came across in the report, and I think could be benefiting for all the students of Pakistan’s digital profile, is a timeline of all the major milestones in Pakistan’s mobile market. 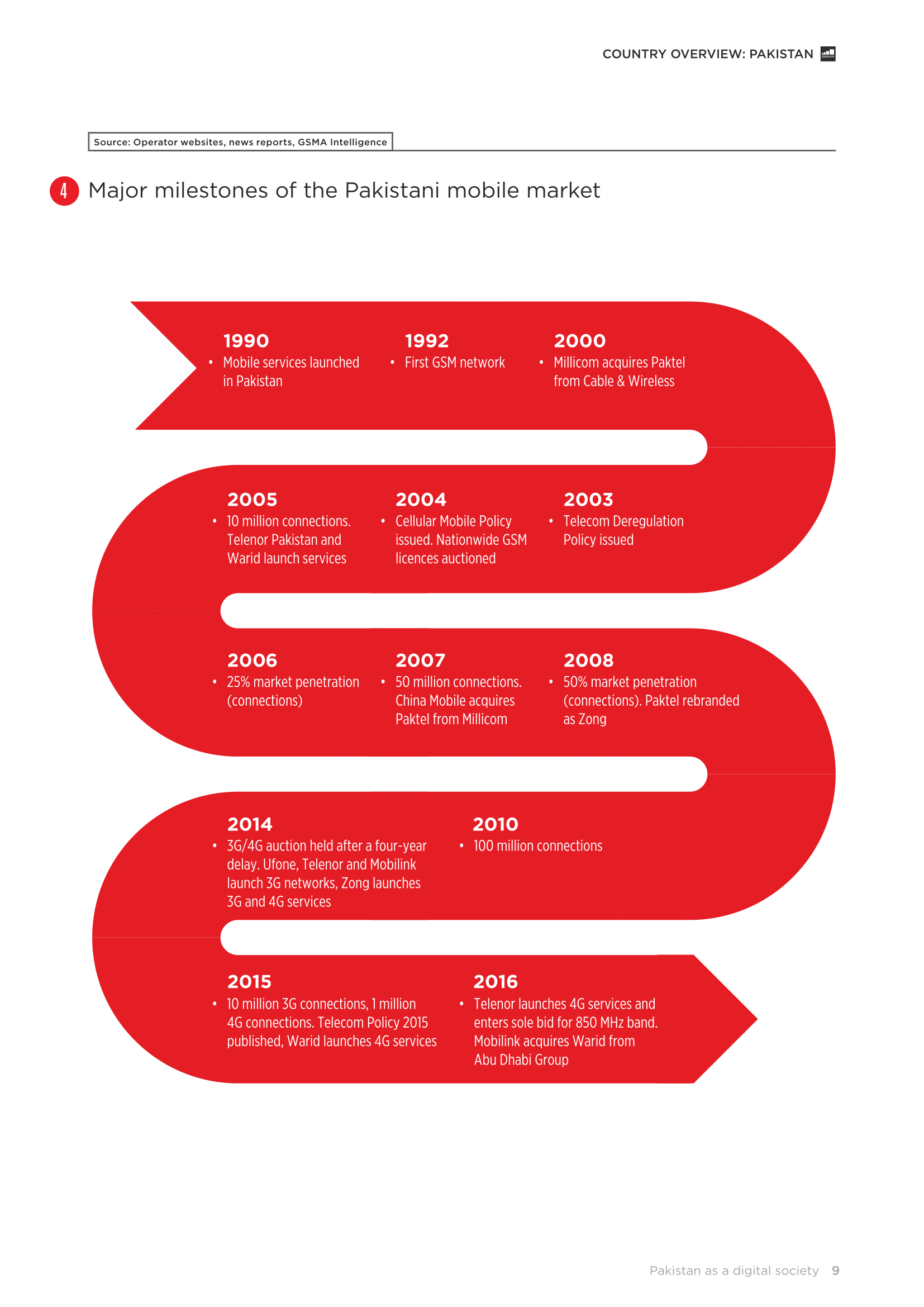 This has been it so far. Do share your key takeaways from the report, the hits, the misses. It’s always mind broadening to have something new to learn!