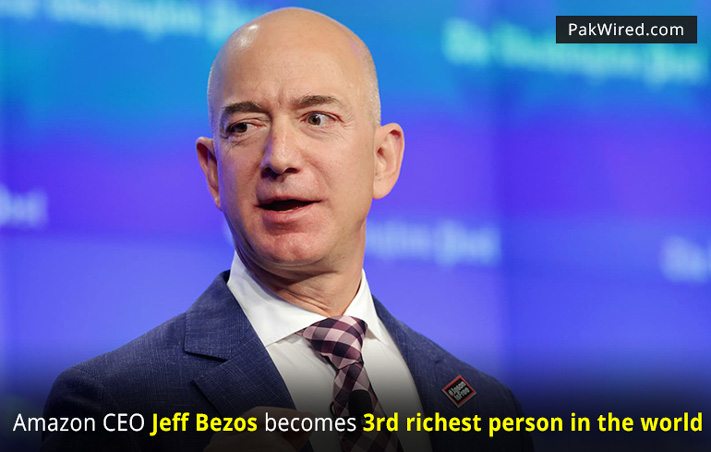 According to Bloomberg Billionaires Index, Amazon’s Founder and CEO Jeff Bezos has become the third richest person in the world. He sneaked past Warren Buffet, an American investor and philanthropist, by $32 million to secure the third spot.

The net worth of Amazon.com Inc. founder as of today is $65.1 billion. A massive increment of $23.1 billion was seen in his wealth that he managed to make in a period of just 5 months. Earlier this year, his total worth fell as low as $43 billion amid turbulent global markets. However, his wealth now stands at whopping $65.1 billion. 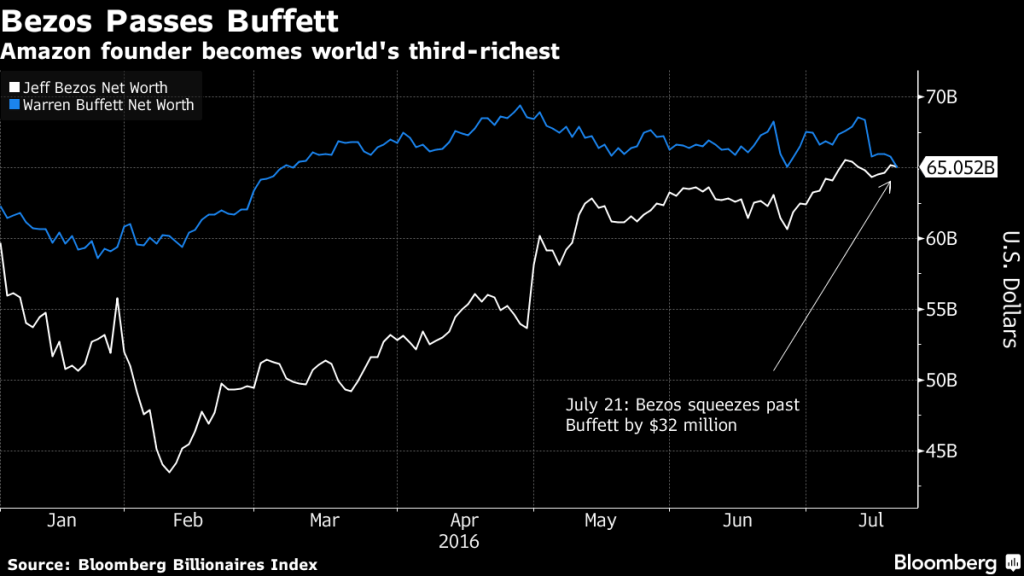 A large chunk of Jeff Bezos’ wealth has come from Amazon. The company is strongly benefitted from quick-turnaround delivery, cloud services and gadgets like the Kindle and Echo. Amazon also published its net income in April which was the biggest and stated that first-quarter sales climbed 28% which also included a 64 % rise at its cloud computing division.

One of the primary reasons why Jeff Bezos was able to edge past Warren Buffet was the very fact that the chairman of Berkshire Hathaway Inc. donated $2.2 billion worth of stock to Bill and Melinda Gates Foundation this month in his annual gift. Despite the donation, the net worth of 85-year old philanthropist still rose by $2.7 billion in 2016.

Bill Gates is still on top of the table

Bill Gates, co-founder of Microsoft is still the world’s richest person with a staggering net worth of $89 billion. The difference between his and the world’s second richest person, Amancio Ortega, net worth is $16 billion. Spanish businessman is the founder and chairman of the Inditex fashion group who has a $73 billion fortune.

Jeff Bezos and Warren Buffet’s net worth is currently $65.1 billion and the standing of these 2 top players in the world ranking is 3rd and 4th respectively. It would be important to see how these two men fare and where do they stand in the rankings in one month’s time.