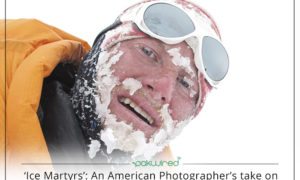 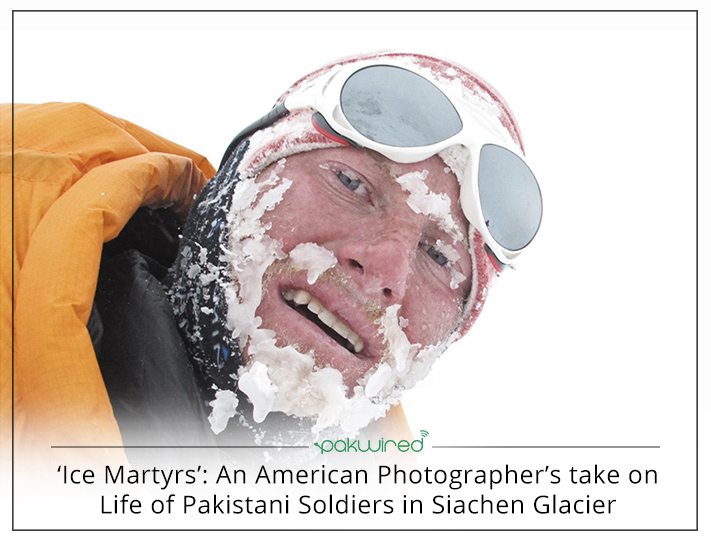 Ice Martyrs is a captivating take on life of Pakistani soldiers from an almost completely neutral perspective. The year is 2011 and an American photographer plus mountaineer has managed to trek across the harshest terrain in the world in the worst weather conditions known to man. The place is Karakoram, Himalaya (Pakistan), the weather is winter, and the man in mention is Cory Richards – a renowned National Geographic photographer.

Now Richards is surrounded with people who are camouflaged – so much so that they are almost invisible to the people in their own country. 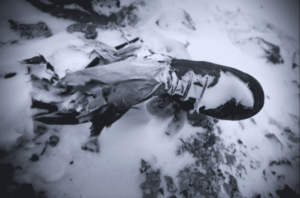 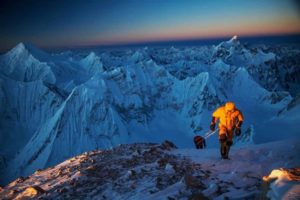 Siachen remains the highest battle zone in the world; two warring States – States that have multiple issues to sort and millions of people to take care of – have been fighting to gain ascendancy over land which is practically uninhabitable. There may be some tactical advantages to gain; maybe the war is for a river, or a glacier that’s loaded with minerals, but even then the reasons aren’t important enough to carry on with a never ending war that sees both States spend enormous resources – resources that could and should be better utilized.

The thing however about war is, it seldom needs a real reason.

The life of a soldier

The life of a soldier is a lonely life indeed. Often spent in trenches, often spent staying awake while others sleep, and often to the background chorus of bombs exploding and bullets whizzing away. It gets even lonelier in Siachen – where the real enemy isn’t even the enemy to be scared of – it is the weather and the terrain that really packs a killer punch. 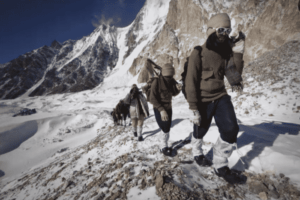 What Richard finds out about the soldiers is interesting and something that even the ones in power who control them don’t really know – he finds them humans. He finds them friendly people, people willing to enjoy the harsh life that they find themselves with. People who dry their laundry when it’s practically minus 40 – people who use Facebook if they get access to internet. It is to note that for security reasons, Internet isn’t available to soldiers at such places. 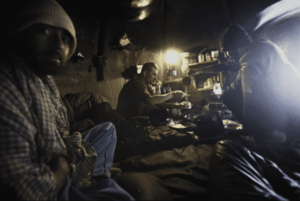 You should read more about this here – this is definitely one compelling read.