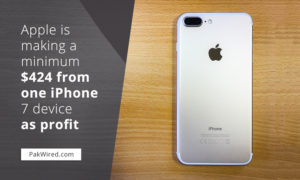 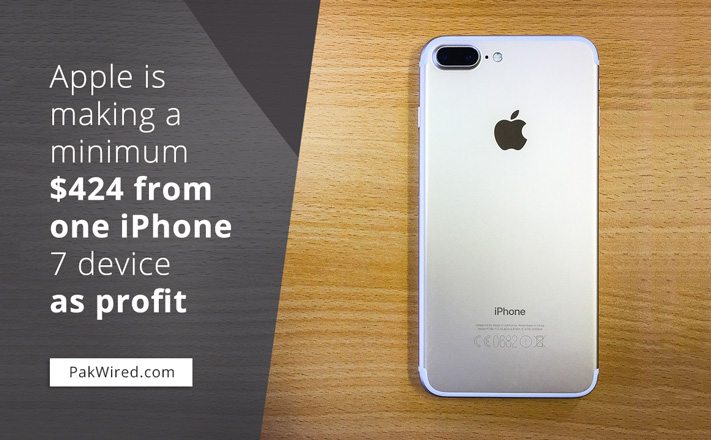 As soon as Apple launches a new device, there are talks in the town about how much profit the tech giant is making as far as new device is concerned. Today, the situation is no different as stories are getting spread across the internet about the numbers Apple is generating. It has been reported that Apple is making a minimum of $424 (PKR 42,000) by selling one iPhone 7 device.

According to an estimate by IHS Markit on Tuesday, the direct material cost of iPhone 7 is $219.80. As far as the assembly cost is concerned, it is priced at $5. The overall amount of building iPhone 7 device is $224.80 which is up about 18% from the iPhone 6S which was released last year. The base price for the newly-released Apple iPhone 7 device is $649 – nearly thrice the build costs.

Analyst of IHS Markit, Wayne Lam stated in an interview:

“Consumers are much more sophisticated, they demand more. So innovation will keep coming and costs will creep up”

Cost of the components

The breakup of the components along with its pricing is as follow: 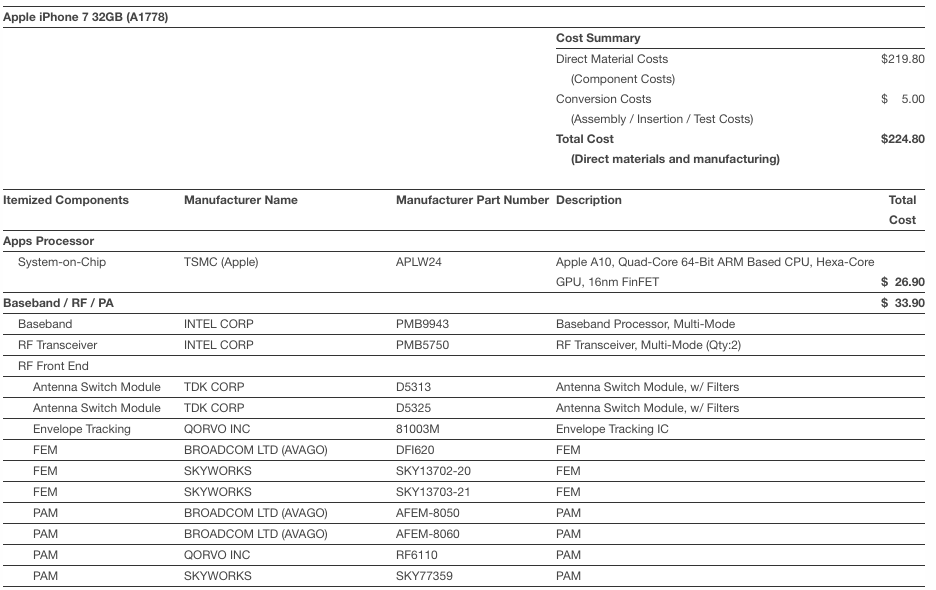 The aforementioned figures are primarily for the manufacturing and components of the device. The shipping, marketing and R&D cost is tough to estimate and is not included.

When it comes to securing profit from one iPhone 7 device, it is whopping $424. The profit also indicates a markup of 189%. It is worth mentioning that Apple has never revealed the cost of its products they have manufactured.

Wayne Lam said that even though Apple iPhone 7 is costlier but the company has still managed to keep costs in check better than Samsung. The cost of manufacturing Galaxy S7 for Samsung was about $265. However, the tech giant still sells the device at almost the same price as iPhone 7.

Feel free to share your experience with us if you have already got hold of iPhone 7 yet.