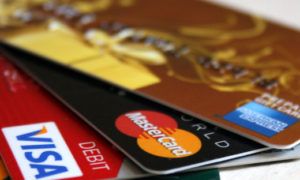 In the first bank data breach story of 2019, two large collections from almost 70 thousand Pakistani credit cards ‘dumps’ are being sold at the dark web. All the cards being sold came on sale with PIN codes, fetching unusually high prices in result. The data has been put on sale since the last week of January 2019. It is interesting to note that 96% of the cards belonged to one single bank!

In the cyber-security industry, the term “dumps” is employed to describe caches of stolen payment card details which have been hacked and are now up for sale. These dumps are purchased by cyber-criminals who use these to make clone cards and withdraw amounts from the original owners’ bank accounts via mass ATM withdrawals.

Both the dumps, didn’t contain particularly large releases, however, what contributed to sky rocketing the worth of these credit card dumps is the fact that these came with never-before-released, thorough, and extremely precise payment card information.

As per the data put forth by Group IB, the two dumps were uploaded on the internet in two installments and collectively contained the card details of 69,189 Pakistani bank customers.

The first installment of credit card dumps was released on the web at the Joker’s Stash portal on January 24, 2019. This release, singularly advertised on Joker’s Stash only, contained 1,535 cards out of which 1,457 came from Meezan Bank.

The second installment of credit card dumps was released on Joker’s Stash on January 30, 2019. This episode included 67,654 cards, with 96 percent belonging to Meezan Bank customers.
Interestingly, having earned the repute for being complete in all aspects of data, this card stash was advertised not only on Joker’s Stash but also at other cards hops, such as Omerta, Crdclub, Enclave, and others.

According to th eaccompanying statement of Group-IB:

“Pakistani banks’ cards are rarely sold on underground cardshops. This, and the fact that all the cards came on sale with PIN codes explains the high price, which was kept at 50 USD per card, while usually the price per card on dark web forums ranges from 10 to 40 USD.”

As per an estimate, the costlier per-card price tag has raised the total value of the card dump to a massive $3.5 million.