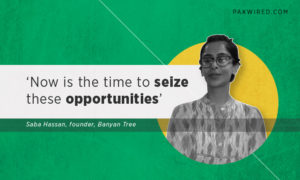 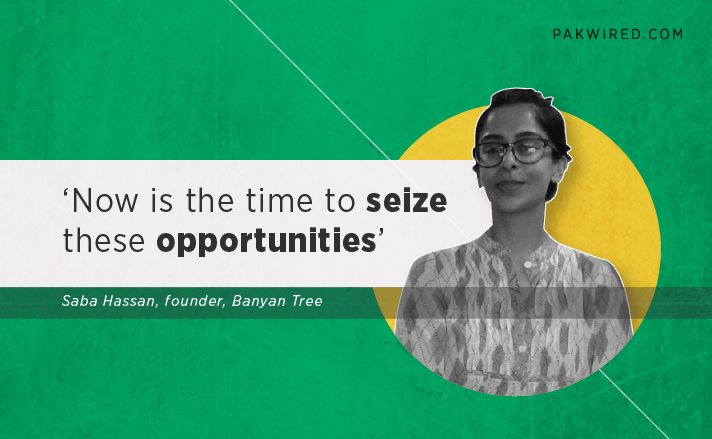 Karachi based social startup Banyan Tree came to be thus named because of the generosity its namesake inspires. Founder Saba Hassan says, “Banyan (urdu: bergad) trees are common in Karachi. They keep growing and sheltering people under their shade. We too see our organisation’s model growing and providing a space for marginalised persons to prosper.”

Launched in January 2013, Banyan Tree was created out of a need to provide equal opportunity employment to people pushed to the margins of society. “Our team consists of 18 people in which able-bodied and differently-abled people are given an equal platform to work and create. This includes people with physical disabilities, visually impaired people, marginalised women and able-bodied persons,” adds Saba.

A chance meeting with a remarkable blind gentleman convinced Saba of the need for an initiative like this. She says, “Our common aim is to build an exemplary organisation that others can see as an example whilst diversifying their workforce. Informed by these principles, we design and create products that are both beautiful and require team work.” 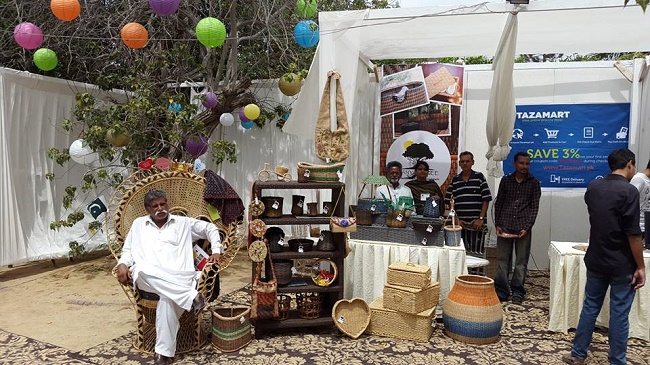 To create ethical, sustainable and environment friendly products was the intention, but the grand idea presented some logistical challenges. Saba shares, “Our first item was planned to be the white cane. However, when we surveyed the market, the cane was not in demand. This is because organisations will give away white canes for free on certain days hence not many people buy the assistive device. After some thought we decided that cane weaving was something that anybody without a physical handicap of the upper body could do, so we tried the idea. Within weeks we had some great trainees who learnt different weaves and we took on the work of making outdoor sofas for TGI Fridays.” With a strong start behind them, Saba created the Hassan Trust NGO which incubates Banyan Tree.

From science to social activism 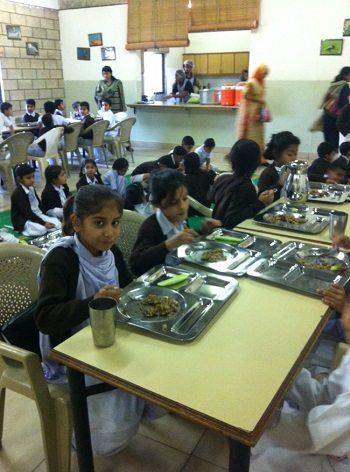 Twenty seven year old Saba Hassan studied natural sciences at Cambridge University because she wanted to be a scientist. But that was not to be. She says, “I soon realised that wasn’t my calling and then went on to complete a masters in Gender, Development and Globalisation from London School of Economics and Political Sciences. Here I met with likeminded people and learnt to vocalise my beliefs on rights and equality.”

The need to do meaningful work that creates a positive impact in society culminated in her current job. She heads the Corporate Social Responsibility departments of Pizza Hut, Burger King and TGI Fridays in Pakistan. In addition she’s also running a School Meals Programme which now serves over 3000 students everyday lunch. But embodying the classic hungry attitude that afflicts the idealistic young, she wanted to do more. And Banyan Tree was born.

Entrepreneurship: a means to an end

Saba says, “Entrepreneurship seems to be a means to an end – a way to ensure that inclusive models of creativity are sustainable. I am grateful for the WomenX team where I attended a course on entrepreneurial studies soon after starting Banyan Tree. Here I learnt to be more sure of myself and discovered a support group that every entrepreneur needs.”

The enormous responsibilities entrusted upon her by her day job and various philanthrophical endeavours do not act as a deterrent from her entrepreneurial duties. Saba is clear to assert that her many roles enrich, rather than detract, from her life. “During the week I split my time between the projects and funnily, the learning from each of the spheres affect each other. It’s almost like studying stars: just as we’re able to learn about the cycle of stars by observing their different stages I’m able to see several businesses in start-up, young and established phases. Everyone is really supportive of the projects and it’s good to have mentors surround me so I can seek advice when needed,” she says.

‘Slow is not a bad thing’

That is not to say she has an easy time of it. But, with experience, she has perfected hacks to deal with the various challenges that inevitably come up. She says, “My approach to management is not top-down so each of the managers of the teams know the path our vision and aim dictate and a lot of people willingly help out which lightens the load. From time to time I have felt that I have been unfair to one of the projects simply because urgent attention is needed during critical phases of another, but in retrospect I’ve learnt slow is not necessarily a bad thing. It allows the team the come up with organic solutions to problems that would have otherwise not come about.” 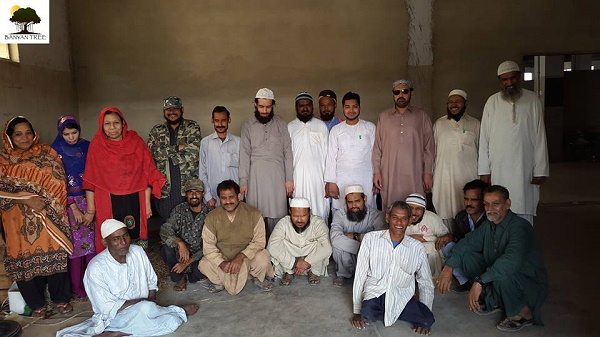 Banyan Tree is largely supported by donations from the Hassan Trust. The MCR Group of Companies also contribute towards its upkeep. “We are not making a profit yet but project that we will in the next 6 months,” Saba asserts confidently. She has good reason to be optimistic because, as she says, “Since we’ve started, we’ve been overwhelmed with the number of people who appreciate the art of cane weaving. The Karachi market has responded very well to the products – there is a strong liking to handmade woven products and we have seen this in the response. We were recently featured in Samaa TV news too!”

Banyan Tree’s optimism shines through in their plans of scaling up. “We hope to expand our venture by opening a showroom. This will allow greater customer interaction and better sales. This will be probably at the end of 2016,” Saba shares. 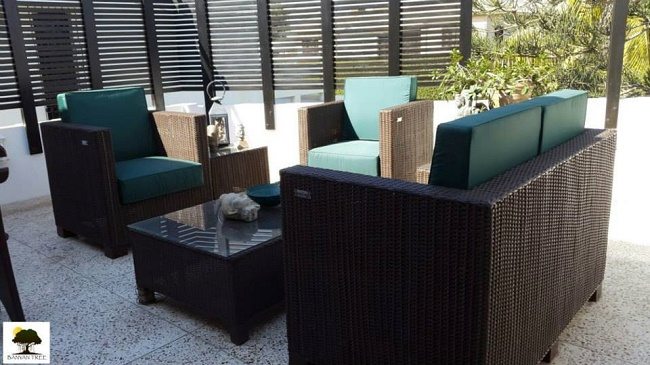 Saba is firm that the ideology that created Banyan Tree would not be used to sell it. She says, “Whilst marketing our material we make sure that we don’t emphasize that we have team members who are disabled – this creates an element of sympathy that none of the team members feel they like/deserve. Our products speak for themselves and are purchased on account of their finish and quality.”

Saba is thrilled that Banyan Tree is part of a small, but growing ecosystem in Pakistan. “Small and medium enterprises form an essential part of the economy. For furniture and handicrafts the market in Pakistan is ripe for expansion: products from abroad are taxed heavily and people are preferring to purchase locally made products. However, the local market uses poor quality wood and is aesthetically not uptodate with fashion hence there is an opportunity to grow.” 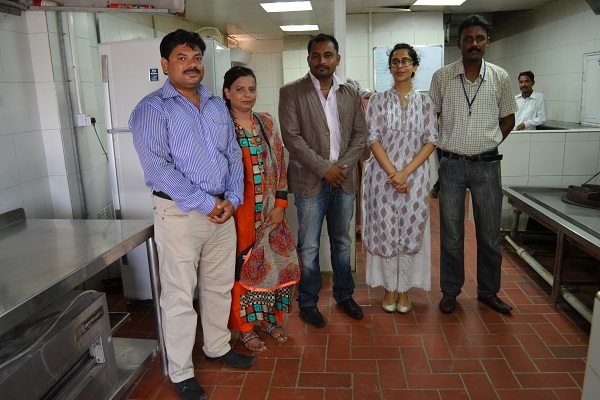 Saba, second from right, with her School Meals team

That, combined with an increasing consumer awareness, lays the groundwork for fertile expansion. Saba affirms, “In addition, people are also becoming more aware of buying ethically: consumers are interested in knowing whether people who are making their products are compensated fairly and whether their working conditions are safe.” This makes her hopeful of an altogether wonderful vision coming to life.  She says, “We want to expand our workshop’s model to other cities and once the incubation period is over, to allow them to evolve into self-governing workshops.”

The pressure to show a happy face

Saba fights to keep the hope bubbling, but cannot deny that the journey has been fraught with difficulties. She shares, “Social enterprises are under a lot of pressure to show a happy face. The truth is that we’ve faced a lot of problems just like any other social enterprise. One of the big problems that we faced was that the project manager we had hired was not interested in developing new products. In fact, the people he had hired many persons belonged to an NGO of which he is a Treasurer creating conflict within the organisation. After 2 months of deliberation I finally made the decision to give him notice and the change we noticed at the Banyan Tree has been remarkable.”

Being an entrepreneur is hard, but being a woman entrepreneur is harder. Yet if there ever was a time to start up in Pakistan, it is now. Saba’s excitement is contagious as she delivers some kickass advice, “Speaking as a woman entrepreneur, I feel we are inculcated to doubt ourselves. Society regulates us and doesn’t allow us to make mistakes. The first few months of any startup are the most difficult and expect to make mistakes. The market in Pakistan is open to new things and we need to seize these opportunities and grow!”

Despite the ups and downs, entrepreneurship delivers a high that is unbeatable. She exclaims, “The energy and excitement with which I wake up in the mornings; developing new products every day and challenging the team to improve- these have been the best things about starting up.”