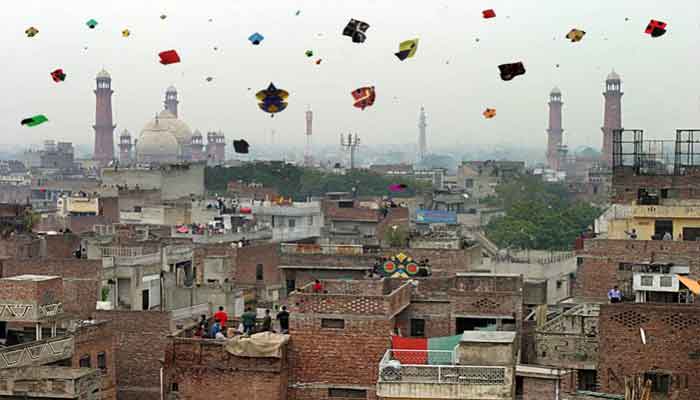 Well … Tabdeeli is in the air! After a 12-year long ban, the Punjab provincial government has released a statement announcing the decision to lift the ban on Basant celebrations. As per the announcement made by the provincial Information Minister Fayyazul Hassan Chohan, the annual kite-flying festival would be held in the province in the second month of the year 2019.

“This historical cultural festival of Lahore will be revived, and Inshallah we will celebrate Basant in the second week of February.”

The Minister pointed out that Basant is an enormous economic activity and has always been a source of promoting tourism in the country. However, this is not an unconditional development. The Basant celebrations have to remain within a prescribed set of rules and regulations to ensure the public safety. The Minister clarified that for this purpose a Basant committee has been formed by the government. This committee headed by the provincial Law Minister Muhammad Basharat Raja, will formulate and present its recommendations in a week’s time to suggest the modalities required to address the cons of kite-flying after lifting the longstanding ban. As per the information relayed by the Minister, Punjab Inspector General Police, Information Secretary and representatives of civil society as well as media, are among the committee members.

Basant – the seasonal kite festival peculiar to the Punjab region celebrates the arrival of Spring, was banned by the government in 2007 following an escalating trend of deaths in kite-flying related incidents.

The traditional kite-flying festival was banned after a routinely occurrence of multitude of incidents of kite flyers’ sharp glass and chemical coated strings slitting throats of people moving about on the roads. A lack of any efficient policy framework also contributed to extensive life losses as aerial gunfire became a norm. Another negative associated with the festival has been accidents caused by falls from rooftops during the festival.

The Supreme Court had then ruled on a public interest petition and banned kite flying which remained outlawed for over a decade. Punjab Information Minister said that the Supreme Court in its order had clarified that there was no restriction on holding the Basant festival. The conditional permission of Basant celebrations came with the clause that the festival be celebrated while staying within a framework of law, as well as the rules and regulations defined by the government.

In addition to the extremely detrimental effects of the ban over the cultural life of Lahore, the monstrosity of it for the kite and string making industry in Punjab can not be stressed enough. An entire generation of teenagers has grown without any clue of the art of kite flying that has once been a distinguishing feature of the region, a cultural trademark.

Are you among those looking forward to Basant in February, 2019? Do share with us your opinion of the new development: yay or nay?