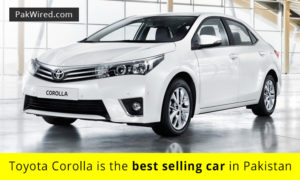 In terms of car sales, Toyota Corolla is the best selling car in Pakistan. The country has seen a decent growth during the outgoing fiscal year increasing by 17.6% on a yearly basis. Total number of passenger car sales stood at 150,063 units during FY 2015-16 as compared to 127,552 units sold during FY 2014-15. This number only includes Sedans and hatchback, and if Suzuki Bolan is also added, then the figure will jump to mammoth 180,079 units.

Looking the category wise breakup, we will explore which car took the lead in sales in terms of number of units this year versus last year.

Toyota Corolla tends to be the most favored brand of Pakistani consumers as it has been securing the top position for quite some time. Its impressive design, low fuel consumption and smooth drive attract local buyers. During FY 2015-16, Indus Motors sold 57,452 units of Corolla (1300 cc to 1800 cc) versus 51,398 units last year registering a yearly rise of 11.77%.

Referring to the monthly sales trend given below, we see a stable picture for this popular brand. 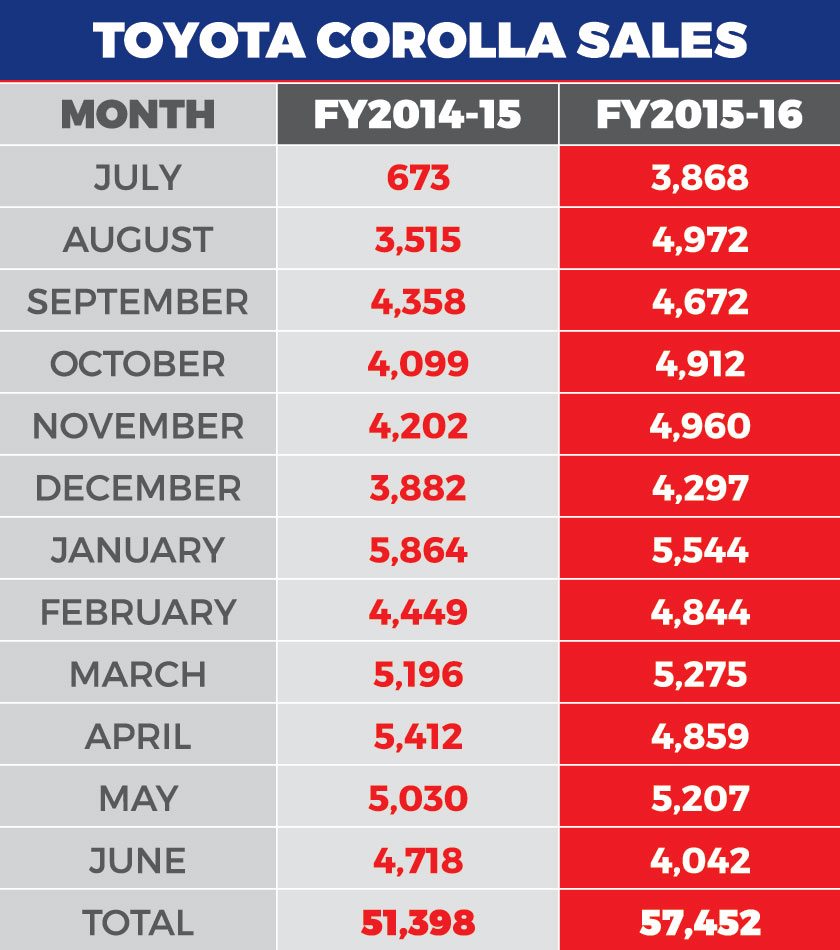 WagonR which was considered a laggard brand in terms of units’ sales has seen a remarkable growth as compared to the previous fiscal year. Pak Suzuki has stepped up its selling efforts as it sold 9,482 units in FY 2015-16 as compared to 5,246 units in the last fiscal, up by a whopping number of 80.75%. Initially, the brand did not click the local consumer as it sold a meager output in hundreds during the last few months of calendar year 2016. 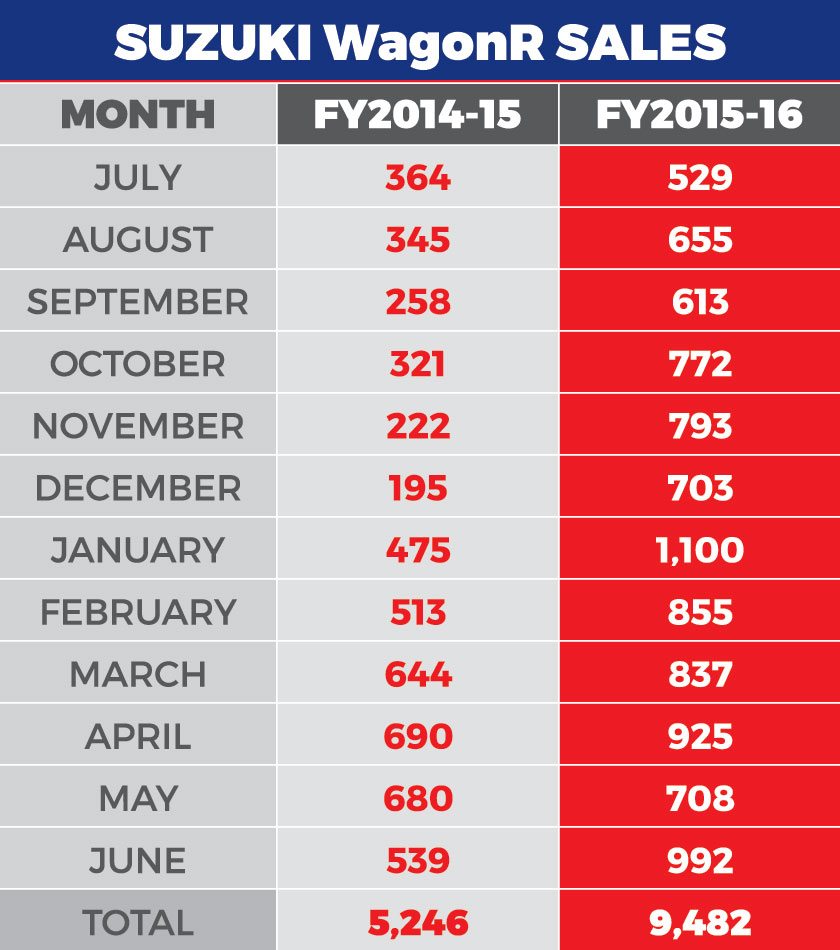 The above mentioned cars did well for their producers boosting overall auto sales. However, rising imports continue to haunt local car manufacturers due to intense competition. Let’s hope better policies can provide some cushion and encourage international luxury auto manufacturers to inject their money in Pakistani auto sector.

Do mention your favorite car brand and its performance this year.