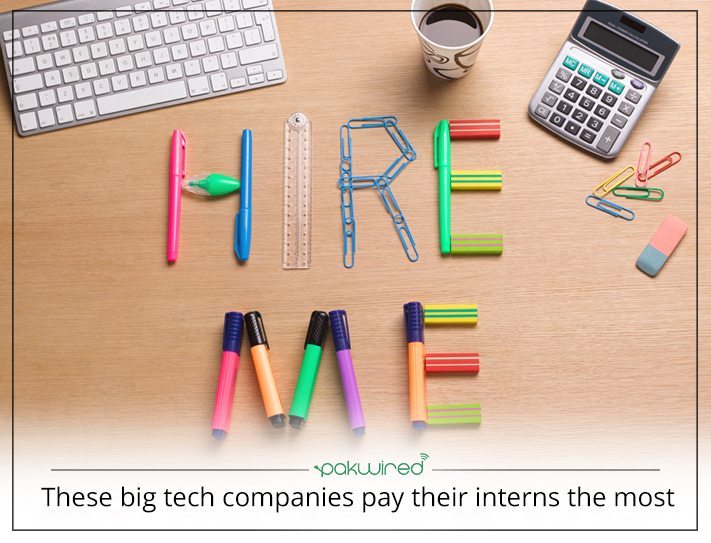 It’s May, and that means the window for locking down internships at tech companies is rapidly closing. In reflection of the 2017 recruiting season, Glassdoor took some time to analyze its anonymized salary data, producing a report of the highest-paying internships for 2017.

We went ahead and pulled the tech companies from the list, and among large tech companies, Facebook leads the pack with an average salary of $8,000 per month for interns. Quickly converting that into a yearly salary yields $96,000. It goes without saying, that figure is quite high.

One major category of tech company that is absent on Glassdoor’s list is startups. Companies like Dropbox and Snap notoriously pay some of the highest salaries in the industry. Glassdoor’s own data indicates that these companies can offer monthly pay of over $9,000 per month, which converts to $108,000 on a yearly basis.

Another thing to remember when looking at Glassdoor’s report is that not all interns are created equal. It’s easy to imagine interns grabbing coffee and making copies, but companies like Facebook offer internships to PhD students deep into their theses on machine learning at Stanford. That kind of pedigree commands a much higher salary than an undergraduate computer science major. The title of “software engineering intern” largely self selects for this, but it’s quite possible that some of these numbers are inflated by outliers.

Most of the companies that made the list are located in cities that have a high cost of living, like San Francisco and New York City. In some cases, interns can receive housing as part of their complete package in addition to other benefits that would push the true value of their summer compensation even higher.