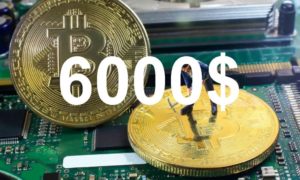 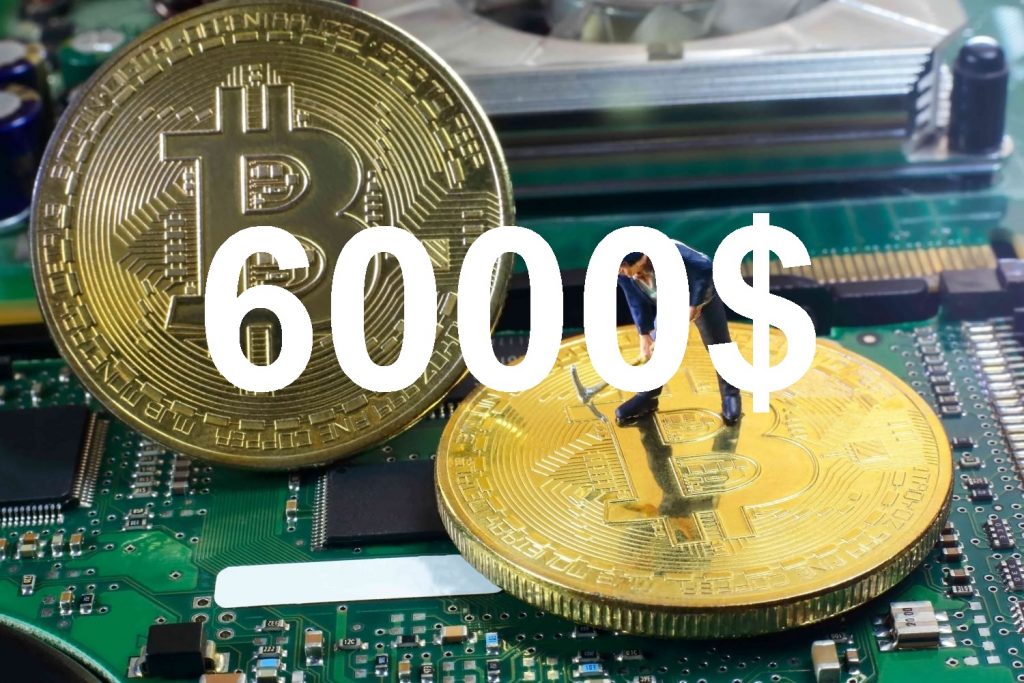 The price of Bitcoin has surpassed all its previous levels touching peak of $6,000 mark today. The cryptocurrency has simply outperformed during 2017 showing the highest growth pattern as compared to all other currencies, commodities, stock and any state owned currency globally.

Calculating day averages it can be seen that Bitcoin valuation has reached from $5,000 to $6,000 in a matter of 6 days. It is significant to point out that the cryptocurrency had made the 0 to $1,000 valuation in a matter of eight years time.

Bitcoin has touched its career peak across all international exchanges with a currency 24-hour volume of $1.7 billion. During 2017, high trading volume is emanating from Japan, U.S., South Korea, and many other countries of Europe. In addition, many struggling economics such as Venezuela and Zimbabwe are widely using this digital asset to prevent hyperinflation.

Its rising popularity has increased its merchant acceptance during the last few months. This is evident from the growing list of new vendors, nonprofit and other organizations which are widely accepting Bitcoin against their services or taking it as a donation as well.

Also Read: How to protect your computer from becoming a crypto-mining machine?

Bitcoin is getting all the media attention

Readily increasing price pattern has diverted all media attention towards this cryptocurrency. All major media houses including CNBC, Wall Street Journal, Bloomberg and many others are saving their main headline slots for this subject. Furthermore, large investors, high net worth individuals and many other strategists believe that this is just the beginning.

Some of the prominent personalities predicting Bitcoin’s future growth include former limited partner of Bear Stearns Jeffrey Epstein, Fundstrat’s Tom Lee, and Fortress’s Michael Novogratz and foreseeing it to touch major heights. Michael Novogratz has said on record that he expects its price to touch $10,000 within 6-10 months. Similarly, Tom Lee has quoted its future price to reach $25,000 within next 5 years as Bitcoin investors currently capture only 5% of the gold market.

Quick Read: Coinflash – the app that lets you invest in cryptocurrency

Keeping the price aside, Bitcoin has also shown impressive performance as the daily transactions have exceeded 300,000. Its network Hash Rate has also reached a massive nine exahash per second two times during the year. Additionally, the mining revenue of bitcoin has also increased continuously despite the fact that some minors are switching between the BTC and BCC chains.

Although there have been consistent shutdowns of Chinese exchanges, PBOC warnings and stringent regulatory policies; Bitcoin is still making its mark on global investment platforms.

At the current price of $6,000 per BTC, the market capitalization of this currency has also crossed $100 billion. Some prominent exchanges quote a strong resistance of the currency between the range of $6200-6300.

Higher price estimates seem pertinent as the short term 100 Simple Moving Average (SMA) has surpassed the long term 200 SMA and is above the trendline. This indicates that bullish trend will capture the market. However, some selling can be witnessed after this peak as the Stochastic is still indicating an overbought position.

The investors of bitcoin are currently elated considering the ever rising price trend of the currency. However, some of them expect this trend to escalate and consider it just the beginning. The year started off with the price point of $1000 in January, continued to surpass $2000 in May, crossing $4000 in August, $5000 on 12th October and has now finally reached $6000 during mid-October. Therefore, Bitcoin price has seen a 700% increase during 2017 and there are predictions of more price hike till the end of the year.