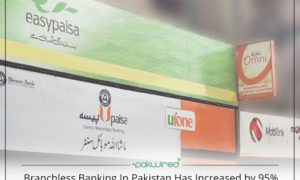 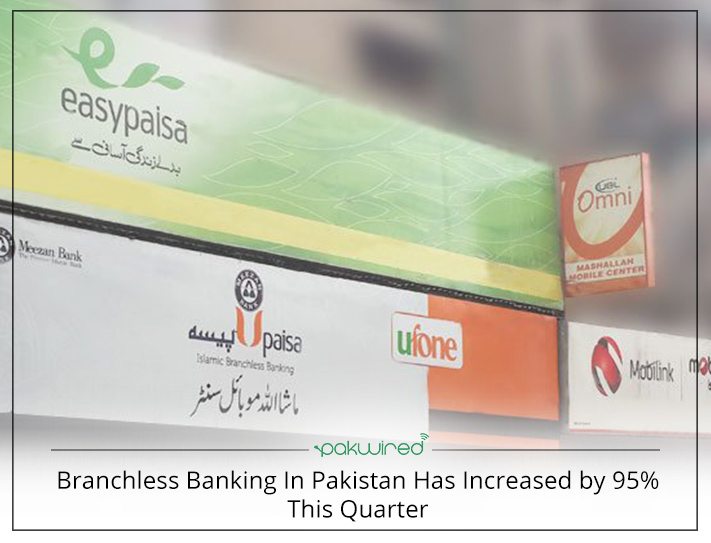 The concept of branchless banking in Pakistan has been fairly recent, however, it is continually on the rise. According to the latest data released by the State Bank of Pakistan (SBP), the deposits in branchless banking accounts have amounted to a whopping Rs15.4 billion at the end of June 2017. The sum of amount has increased by an enormous 95% from a quarter ago.

Breakdown of the deposits

On Thursday, State Bank of Pakistan (SBP) made public the branchless banking statistics. In the report, it has been stated that the deposits rose by 18.9% from April-June and the number of transactions increased to Rs167 million in comparison to the previous quarter. As far as the surge in the value of transactions is concerned, the quarterly increase in the 3 months has been 32.3%. The amount was recorded to Rs746.5 billion in the three-month period.

The average amount of the transaction has been Rs4,466 from April-June. It got an increase of 11.2% from the previous quarter. In addition, the average number of transactions in a day also got a boost as it witnessed an increase of 19% and roughly Rs1.8 million was rolled out. Moreover, the average deposit size in the branchless banking also increased by 70% to Rs565 during the three-month period.

Quick Read: You can now register for mobile wallet account through EasyPaisa app

At the end of June 2017, a massive 13.1 million branchless banking accounts have been recorded. The number surged to 16.6% from the end of March.

There are three chief player in the sector namely EasyPaisa, JazzCash and UBL Omni. In terms of active accounts, they lead the chart by a fair distance.
An interesting SBP data insight shows that overall, less than half of total branchless banking accounts have remained active during the quarter.

Do you think branchless banking, by any chance, will pose a threat to conventional banking in the future?