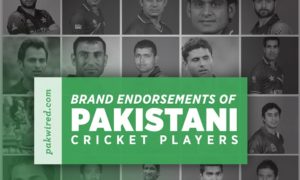 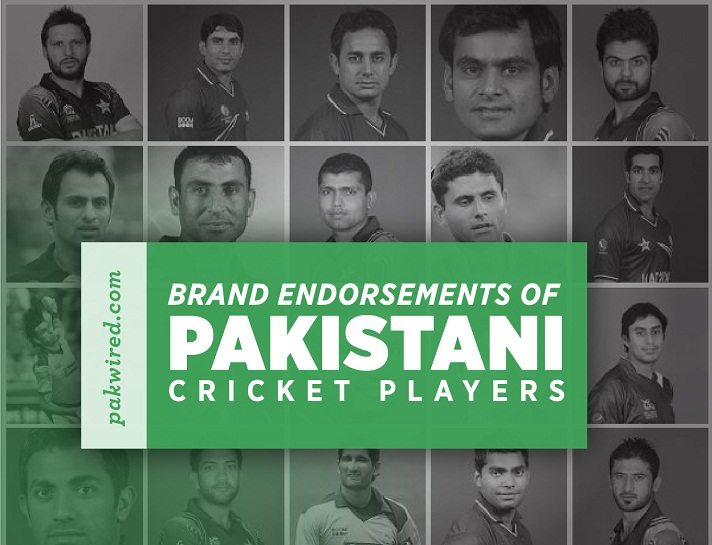 The current Pakistani World Cup squad is an interesting mix of players at the end of their careers (Shahid Afridi, Misbah-ul-Haq and Younis Khan) and young talent that haven’t really had the chance to prove themselves yet. While the older players are soon on their way to be slowly removed from the viewers’ memories, the young players haven’t had a chance to build their brands or rise to fame just yet.

Haier’s ad featuring Shahid Afridi, Wahab Riaz, Fawad Alam, Mohammad Irfan and Anwar Ali has been the most prominent marketing campaign with multiple players from the Pakistani cricket team. The list of Pakistani crickets who have the star power to be individual brand ambassadors of national or multinational organizations is extremely short with Shahid Afridi taking most of the attention. The amount of money changing hands is not public information in these cases, but by all metrics, Shahid Afridi leads this league.

In terms of brands, Pepsi has always been at the forefront (also on the front of the official cricket kits) in terms of using cricket and Pakistani cricket players in their advertisements. This relationship goes back decades with popular cricket players of their time (Wasim Akram, Shoaib Akhtar and Waqar Younis (to name a few)) also featuring in Pepsi commercials during their peak years. More recently, telecommunications providers and phone makers have started using cricket players in their media campaigns. The frontrunner here is Q Mobile who has used Shahid Afridi, Misbah ul Haq, Ahmad Shahzad, Umar Gul, Saeed Ajmal and Umar Akmal in their campaign.

Shahid Afridi is by far the most prominent current Pakistani cricket player on all forms of media. He is currently, or was in the past, the brand ambassador of or starred in television ads for : Star Marketing (Real Estate Marketing), Pepsi, Habib Bank, Q Mobile, Mobilink, Head & Shoulders, YAS Sports, Rado, Samsung Electronics, Boom Boom and Haier. His iconic status makes him a fit for a wide range of brands trying to appeal to the masses.

Shahid Afridi’s pull for cricket lovers around the world is undeniable – he has been the face of aggressive and powerful cricket since he scored the world’s fastest ODI century in 1996 (a record he held for almost 18 years).

We all remember Misbah from the Pepsi ad featuring Shahid Afrida. Misbah has been Pakistan’s ODI and Test Captain for several years but engenders a love-hate relationship from fans due to the slow pace of his batting. He did, however, equal the record for the fastest Test century a couple of months ago against Australia – highlights of which are featured in a new Q Mobile Ad.

Younis Khan has featured in advertisements for Habib Bank, his first class cricket team. Habib Bank ads have also featured Shahid Afridi, Ahmad Shahzad and Umar Gul – all of who have also played for their team on the domestic circuit.

The fact that a lot of these players do not have a personal brand to market, points towards an opportunity for marketing firms or ad agencies to work with cricketers to build their brands – a kind of project that can benefit the players, corporations and cricket in Pakistan in general.