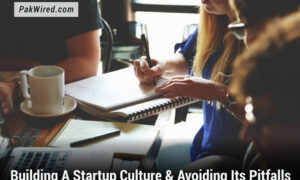 A Shift Away From The Norm

There is a long history behind the evolution of offices – from the elaborate bureaucracy of the East India Company buildings in the 1600s to the Bürolandschaft of the 1950s, which saw the rise of cubicles. Efficiency or humanity, whatever may have been the intent of these trends, they have come to represent what we now consider a flawed understanding of how we live, work and die. And it’s not a new sentiment, to say the least. At the butt end of 18 century, English essayist Charles Lamb, who clerked for the East India Company, wrote in his letters: ‘Thirty years have I served the Philistines, and my neck is not subdued to the yoke. You don’t know how wearisome it is to breathe the air of four pent walls without relief day after day’.

That ennui has come to describe much of our despair with traditional office – of monotone cubicles, oriental knots, droning 9-to-5, subservient employees and just utter existential monotony. It’s no wonder that, in such morose environments, it was the water cooler that symbolised the warmth of social contact these spaces lacked. Office culture, as it still is in most small and large corporations, is not just a lack of culture, but an enforcement of an anti-culture that corporate overlords and their army of middle managers hope produces 100 per cent efficiency through strict hierarchies and micromanagement.

In 1998, at the height of the dot com bubble, Google, a young Internet startup founded by two 25-year-olds, Larry Page and Sergey Brin, set up office in Menlo Park, California. In the short 17 years of Google’s rise from startup to corporate giant, it has become the apotheosis of startup culture. With elaborately quirky offices, on-site healthcare, flat organisation, gourmet food, employee perks, recreational “pads”, lack of a dress code and many other benefits, the Googleplexes are what every startup today tries to emulate. At the core of this emulation is creating an “experience” and “identity” unique to your startup.

We often define startup cultures using their most superficial characteristics: their outward appearance of “fun”. But what it really means is creating a system of values, work flow and relationships that fosters discipline, commitment, individuality, democracy, talent and ambition. In a sense, a startup culture should aim to create a community of diverse workers with shared values over one that is uniform and bound by strict adherence to a “job title”.

Google didn’t start out with plush offices and gourmet chefs whipping food for its employees. Startups need to make sure they don’t get carried away by the allure of “think pods” and “creativity lounges”. These are flourishes that come with capital, not values that build startups. What are your working hours? What is state of social parity in your organisation? How easy it to talk to your founder directly? How valued are your opinions? Is your organisation apathetic towards employee initiative? What kind of insurances do you get from your company? Does it have family-friendly policies? How well does your company handle grievances? Is your human relations department an inhumane disaster, or worse, you don’t even have one? Is it strong on ethics and legalities? Do they care about your health? Is your startup more interested in the quantity of your work or the quality of your work? How invested is your company in ensuring not just your positive development, but in working to give you the best work-life balance? What is the room for promotion? More importantly, does your startup care about your potential as a human being, or as a cog in the wheel designated with a single function?

Gigya isn’t a great startup just for its gaming rooms, or Quantcast for its ping pong tables. Culture is creating employee-friendly opportunities, rules, regulations and protocols that a startup is held accountable to. But as in the practice of ethnic cultures, work culture can often turn into an exclusionary tradition that loses sight of its own importance. So while its great to forge company traditions and rites, it’s equally important to avoid the inherent limitations of being blinded by your own culture.

First, the assumption of a flat organisation as one without a hierarchy – there isn’t such a thing. Every startup has a hierarchy. Google, for instance, employees nearly 34,000 full-time employees, and many of those people are answerable to someone higher up in the chain. The difference between it and a traditional corp is that there are fewer layers of management. The reason large startups like Google, Facebook and Yahoo! work is because their flat organisation is sustained by ensuring workers are extremely diligent and accountable. There is less room for maladroit or pesky employees. So in a bid to create a culture of democracy, a startup should take care not to invite anarchy.

A Community And All Kinds Of Diversity

Don’t mythologise startup culture. You can’t make it better if you’re already etching your meritocratic exceptionalism in stone. Meritocracy in your startup sounds great, but what you need to know is that intellect is not only subjective, but it is also a by-product of where you are -as a person of race, gender and class- placed in a social hierarchy. Meritocracy usually favours those who have easier access to resources to make them meritorious, which is usually upper-class males. That is precisely why Silicon Valley is so “Ivy white”. When we know that it’s hard for us to evaluate work on qualitative grounds, you need to ask yourself how influenced you are by social prejudices in your hiring process, and what that consequently does to your culture. Just look at twitter.

This diversity is not just in terms of class, race/ethnicity and gender. A little more than a year ago, I was rejected for a simple content writing gig at a startup because my personal writings, which they requested to see, where “too dark”. I’ve had friends tell me how they get on the wrong side of “company culture” by being “too introvert”. For all its wonderful qualities, “culture” is inherently exclusionary. One of its most important feature is to create a clique that keeps strangers away. It is what creates disapproval of the “outsider” and a relentless determination to keep them outside. It happens in our societies, and it’s bound to happen in a startup.

Remember: intolerance is natural; acceptance is learned. That “learning” bit is why established startups don’t shy away from spending time and resources on co-worker socialisation and bonding. Not only do you need to hire for diversity, you need to make sure that your diversity doesn’t turn the startup into a microcosm of highschool.

If your culture is dependent on hiring talent based on how similar they are to other employees in terms of traits they biologically can’t change and opinions they shouldn’t have to, you’re already trailing down the road of needless uniformity. Bonding with your work “community” is far more enriching when there is a diversity of people who bring a diversity of ideas with them. Startups aren’t just entities – real, living human beings form a part of them. So fostering relationships between talented people from different walks of life is far more fruitful in developing a truly eclectic office culture.

(This doesn’t mean you welcome hostile, sexist, homophobic, or racist people. No company should have to accept anti-social behaviour.)

For Asian startups especially, building a culture is more difficult. Asian cultures are paternalistic, and you see that reflected in nearly every office across the continent. It’s the “Yes, sir” economy where we’re taught, from childhood, never to question our parents, teachers and leaders. Getting rid of that indoctrinated streak of servility is important. What that also means is managers and founders shouldn’t enjoy the toxic privilege of having submissive stooges all around them. What should define a startup is its openness to criticism, challenge and introspection.

Down To The Fundamentals

Startup culture doesn’t mean everyone is having fun, it means everyone is working in a way that isn’t taxing their mental sanity or aiding their plunge into an existential dilemma. It’s about creating a community, not lab rats in spinning wheels. Rest assured, many large startups have large work forces that do mundane, often unenjoyable, tasks. Not everyone in a startup is creating or doing consistently interesting work. The question is: how do you make coming to work productive for everyone irrespective of their jobs?

At the end of the day, your office culture isn’t a gimmicky product you can market on a social media feed to give people the illusion of a democratic, employee-friendly community. It needs to physically function, it needs to have standards, it needs to have protocols in place, it needs to be disciplined and it needs to provide intellectual, emotional, social and financial happiness to its workers at work.