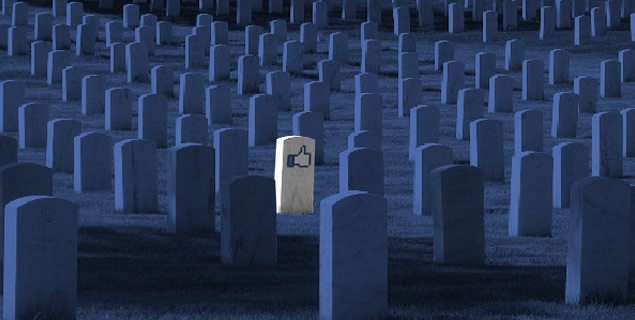 The new feature lets the user select a ‘legacy contact’. This contact can be anyone from your friends, family or someone you trust. The legacy contact will have access to photos, statuses, messages, requests and all other user data of the deceased.

In December, a startling report from the Internet Monitor claimed that the number of ‘dead Facebook users’ will outnumber alive users by 2130. The report also claimed that currently, Facebook has more than 10 million user accounts which belong the users who are not in this world anymore.

Before the legacy contact feature, Facebook used to ‘memorialize’ the account after confirmation of the death of user. In a statement, Facebook’s spokeswoman said that Facebook started receiving thousands of requests to memorialize the accounts of users. This made Facebook realize that ‘it could do more’ with the accounts of the deceased.

So it’s all set. Your Facebook account will not keep lurking around on the web after your death.