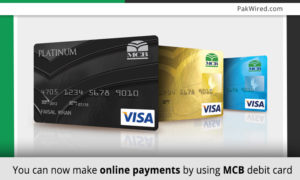 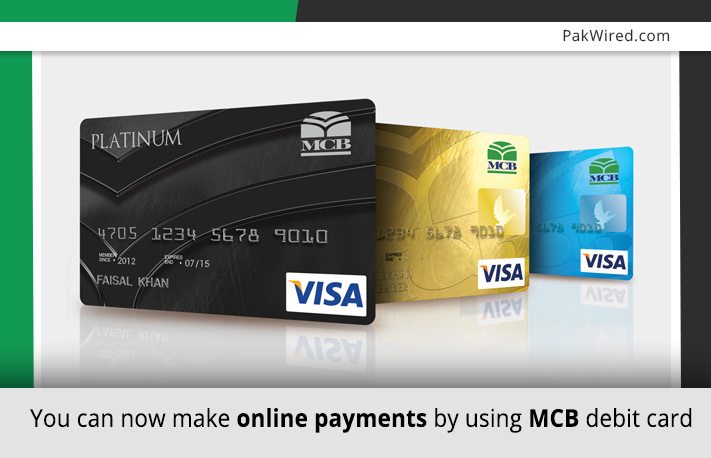 In a recent development today, Muslim Commercial Bank (MCB) has enabled its debit cards as reported by ProPakistani. As a result, you can now shop online and make online payments by using MCB debit card. As per the details, all MCB debit cards can be utilized for online transaction on the internet.

While commenting about the authenticity of the news, an official of MCB commented:

“All MCB debit cards are now enabled by default for internet transactions. However, an activation request has to be generated by user to get online shopping through MCB debit cards working”

In addition, official said that there is no activation fee or hidden charges attached with MCB debit card.

Take a look at the following steps in order to use MCB debit card:

You can start using MCB debit card for online shopping and online payments as soon as your card gets activated.

It is worth to mention that your card will be automatically deactivated 15 days after the activation. You will have to go through the same procedure again if you are to use MCB debit card again. Once you re-activate your card, you will be able to use it again for next 15 days.

Furthermore, the official stated that there are no transaction charges for the online payments. Users can shop and make online payments as per their liking without worrying about the transactional and hidden charges. However, an exchange fee of 3.5% would be deducted on payments made in any currency other than Pakistani.

Let us and the readers know if you have anything to add to the story!