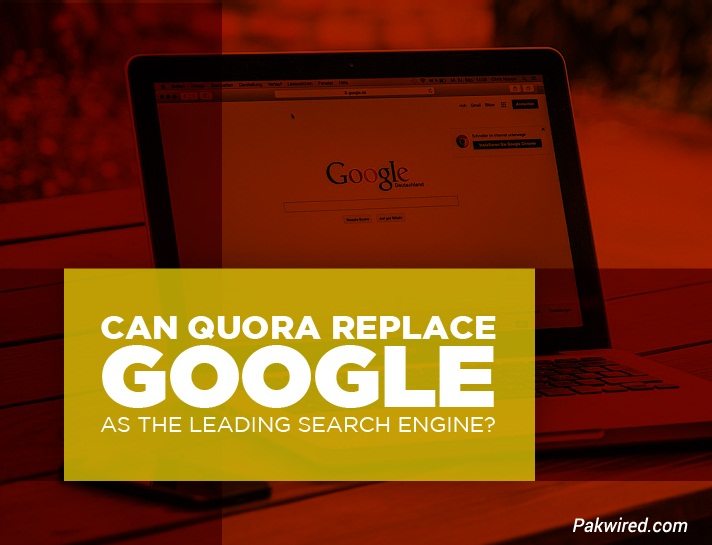 In 2009, Adam D’Angelo resigned from his executive job at Facebook and founded Quora, which is now the most famous question and answers website— having a vast catalog of questions from more than 500,000 subjects and topics from health, technology, art, politics etc.

While Google still remains the search juggernaut around the world, a question of whether Quora has the potential to replace Google seems valid now, keeping in view the rapid and burgeoning fame and usability of Quora.

Marc Bodnick, who is the head of marketing and community at Quora thinks the same. According to him, the primary traffic source of Quora is organic, which means that people manually open Quora to search for the answers or ask questions. Quora is quite clear about its intentions regarding Google. It strictly rejects the idea of putting all eggs in one basket.

“You don’t get loyalty from an algorithm. When you’re totally dependent on a single channel, it means people don’t really like your product,” thinks Bodnick.

Quora has 100 employees. It raised $161 million in Venture funding. Quora has a current market value of around $900 million.

The End of SEO, Robotic Algorithm Based Search?

Google’s share in US search market is 75%, according to the recent report. The rest belongs to Bing and Yahoo search engines. Quora stands nowhere in the search market but the odds are that it is creating a subtle different that could realize into a decisive outcome: the end of robotic, algorithm driven search engines.

Quora’s peculiar factor that makes it stand out is its human driven approach. You have a question, you go to Quora, ask your question and get the most relevant, sincere and multiple answers from real humans instead of SEO-fixated, traffic hungry blogs and websites.

Quora has also some plans to getting ads revenue, but not in the near future. It is quite possible that Quora will be used as a primary source of information, where websites and blogs could link their detailed answers to the questions with their websites. This would make Quora the central source of traffic, killing Google’s monopolistic threads of AdSense.

A Flaw in Google Search?

Google’s algorithm tweaks have axed and crushed traffic of many high ranking websites, which caused an outburst around the world. A single tweak of Google search indexing algorithm can make a website land far below, no matter how relevant and valid it is for the users.

Quora Is Gearing Up To Challenge Google

Bodnick hinted the plans of Quora in a recent interview. He said that Quora is planning to launch a relevant ads service, which will show ads to the visitor of Quora website based on his searches. Perhaps this could be the entry point in the billion dollar ads industry for Quora.