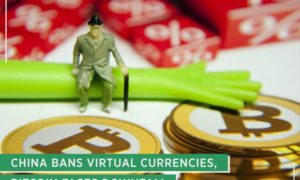 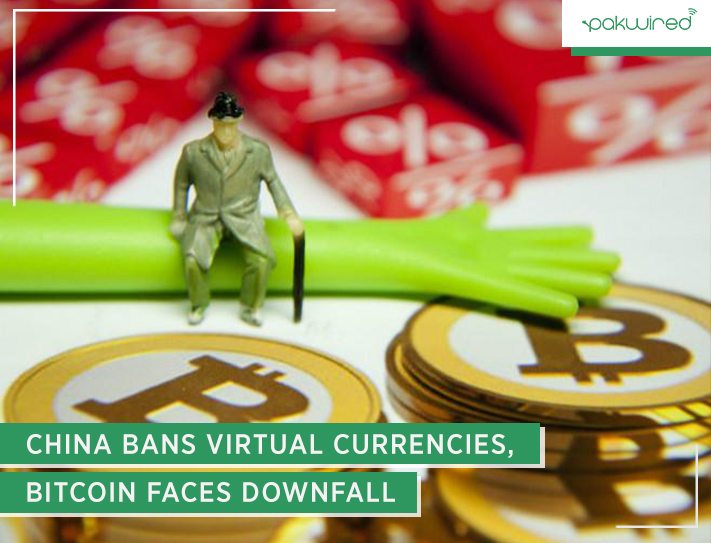 The government of China has decided to shut down the exchange of virtual currencies in the country including the most popular one, Bitcoin. The decision has created a sudden commotion for people as the currency has been increasing in popularity ever since its launch. This has left people who have already invested in the currency, in a state of worry, The Wall Street Journal reported.

Being the second largest economy of the world, this sudden change of policies by China shows how much the Bitcoin will be affected. The step has been taken by the country in order to prevent the public from shifting to a digital currency instead of using country’s own official currency.

This might serve as a critical blow to Bitcoin and hundreds of companies depending on the newly established currency. New companies have already started using Bitcoin as their main currency due to its open-ledger technology and the benefits it provides. With increased trade of the Bitcoin, the currency saw a sudden surge in its value since March as a number of restrictions were removed from it.

Quick Read: The history (and future) of Bitcoin

After the action taken by China, Bitcoin saw a sudden 10% decrease as its value went from $4600 to $4186. The value has been lingering up and down since then.

China has proved to be the biggest country for the trading of Bitcoin. Developed by an anonymous programmer, Bitcoin was released during the 2008 financial crisis. The notion was to provide an alternative to official currencies. The crypto-currency has been producing since then through mining and other powerful algorithmic techniques. However, the currency saw a decrease in development due to the ban imposed by China. Before the ban, almost 80% of the global Bitcoin trading was carried out in Yuan.

According to latest reports, China’s central bank and other financial institutions have teamed up to ban further trade of virtual currencies. Moreover, it has advised all traders to stop the further promotion of digital currencies. Digital currency trading services have also been shut down in China.

The official Bitcoin exchange in China has announced that it shall stop all crypto-currency trading on September 30th, 2017.

1/ After carefully considering the announcement published by Chinese regulators on 09/04, BTCChina Exchange will stop all trading on 09/30.