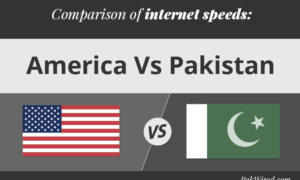 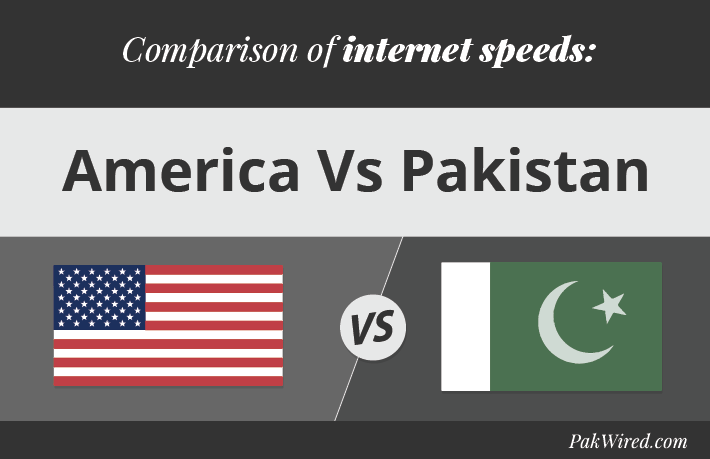 One can safely state that Pakistan is way behind its peers and developed countries in terms of the connectivity of internet available to its population. A simple example of this lag is the timing of the launch of 3G in the country – at a time when the rest of the world is starting to outline what 5G would mean for their markets. In the same way, moving from dialup (remember those days?) to broadband was also a drag.

The latest frontier in internet connectivity in the United States is the transcending the gigabit limit. This started with Google Fiber – a pilot level project by Google to launch a gigabit speed connection in certain cities around the United States. Recent announcements by competitors such as Comcast and AT&T have revealed their own version of extremely fast connections (upto 2 gigabits) that will be available for purchase to customers in the United States in the near future.

This difference in revenue per consumer also allows mobile and internet service providers to invest more in infrastructure. In the United States, other than the gigabit projects that are still in their nascent stages, the usual broadband connections come with speeds up to 18 Mbps with DSL connections and 100+ Mbps with cable connections.

Let us take a look at what the best choices for DSL connections in the country:

Nayatel, a unique Fiber-to-the-use (FTTU) service started in Islamabad, stands out in terms of the quality of the connection. This bundled service provides television, phone and internet in one connection, and is considered to be the best thing that has happened to internet service providers in Pakistan (only available in Rawalpindi and Islamabad). The top speeds available on the home connections go up to 7Mbps (on the PKR 3,800/month connection). Downloads are unlimited during off-peak hours.

PTCL provides a 16 Mbps connection at a cost of PKR 11,000 a month. Connections faster than 8 Mbps have unlimited download ability and the lower bandwidths have a variety of limitations on how much you can download. While PTCL boasts a higher speed for its high-end connections than Nayatel, it is known to be less reliable in terms of its infrastructure as well as customer support.

Wi-tribe’s website was down at the time of the writing of this article. From personal experience, if their customer service is even the slightest reflection of the fastest internet speeds available with their service today, I would bet its 512 Kbps.

At one time in the early 2000s, Comsats was the cutting edge internet service provider in the country – the premium service that put you on a higher level of browsing experience. Today, they primarily provide high-speed internet solutions to corporations and governmental organizations.

Wateen goes up to 8 Mbps with a triple (TV+internet+phone) package for PKR 7,250 per month. Wateen, like PTCL, provides a wide variety of services ranging from wireless broadband to television.

Not just the speed

Speed is only one facet of the internet experience. The comparison between the two countries reveals that the maximum speeds of DSL internet in Pakistan is around less than half of the maximum speeds in the United States. Add load shedding, quality of phone lines and the draconian oversight from the regulatory body on content, and the internet experience for users in the country is reduced to a level much lower than the half-mark.