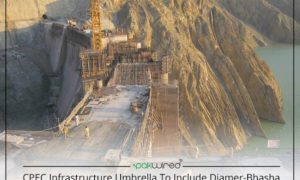 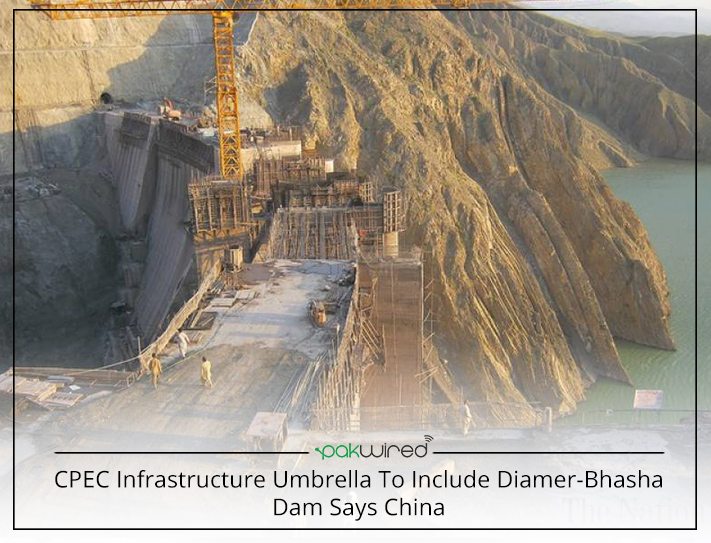 China Pakistan Economic Corridor (CPEC) infrastructure development umbrella may be expanded to Diamer-Bhasha dam if Pakistan wishes, say the Chinese authority. National Assembly Standing Committee on Planning, Development & Reform has been informed that China is willing to help Pakistan in development of the dam that has seen serious delays due to fund shortage.

The dam with the expected production capability of 4,500 MW has been delayed due to concerns raised from the Asian Development Bank (ADB) based on the territorial dispute with India.

Talking to the Standing Committee Water and Power Development Authority (Wapda) Chairman Muzammil Hussain built a strong case for the inclusion of the project in the CPEC infrastructure umbrella.

“The project with 4,500MW installed capacity has been pending since long due to the fact that earlier in 2006, the Asian Development Bank committed to funding the project, however, after 10 years, it declined to provide funds, saying the project was located in a disputed territory.”

Muzammil also informed the committee that currently no mega hydroelectricity projects are included in CPEC infrastructure projects. The governments of Pakistan and China were seriously considering including the Diamer-Bhasha project in CPEC infrastructure development project. The project once completed will also add necessary electricity in the grid to keep the increased power consumption once other projects reach their completion phase.

The initial estimates required an aggregate of $14.5 billion in terms of cost. The funding was mostly to be provided by ADB but the bank backed out from the project. The first phase of the project has almost been completed and 85% land acquisition had also been made by the government.

Update about Neelum-Jhelum and Tarbela extension

Muzammil informed the committee that other hydroelectric power projects including Neelum-Jhelum and Tarbela extension are expected to be completed by May 2018. Once complete and functional the project would be able to provide an additional 2,500 MW of electricity.

Work on the 800 MW Mohmand Dam and power project will be initiated by March 2018.

“This is a multi-purpose project, which will not only provide electricity and water for irrigation, but will also supply drinking water to Peshawar in addition to mitigating the danger of floods in Nowshera”.