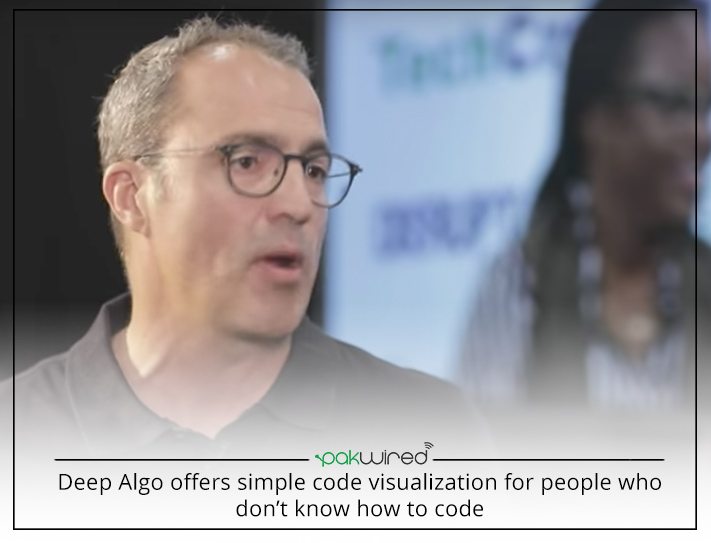 Deep Algo was one of the more fascinating companies on display in Startup Alley at TechCrunch Disrupt this week. The French team aims to make coding languages more accessible for the masses with SaaS (software as a service) offering that promises to do for languages like C++, C Sharp and Javascript what WYSIWYG does for HTML.

It’s a pretty bold claim, but the company is confident that its system is robust enough to handle the complexity of coding languages, even in the hands of coding newbies.

“We make non-IT people understand code,” CEO Xavier Lagarrigue told TechCrunch at the event. “The technology uses the code as an input and then everything is automatic. We extract the business concepts first from the code and then build questions. And as a user, you select the question and find the answer in the code. If you are a non-coder, you will understand the format.”

The system works by presenting a sort form that helps the user determine precisely what they want out of a piece of code. From there, the system breaks things down into more of a flow chart to help give a better understanding of the actions created by the code. The idea to get employees in other aspects of business involved in the process, to add their unique points of views to the system.

I was certainly skeptical of some of the lofty promises being made by the company. Lagarrigue promised a combination of simplicity and a robustness that allowed the user to create “any action,” adding, “With the input, you can explain whatever you want. That’s the power of the format. We can represent anything the code does.”

The whole thing is still in early stages. The company is currently piloting the program with four pilot companies, with plans to expand to more partners. At retail, the system will be sold on a per-user basis, with support from Deep Algo built into the pricing.

After all, there are lots that can go wrong when attempting to get a non-coder to build in code. Remember when everyone started building Geocities websites? It was all MIDI songs and ‘under construction’ GIFs.

The company plans to expand its language offerings in the near future, with Lagarrigue explaining that building out a new package only takes a few weeks’ work.