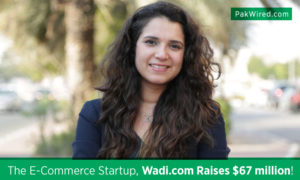 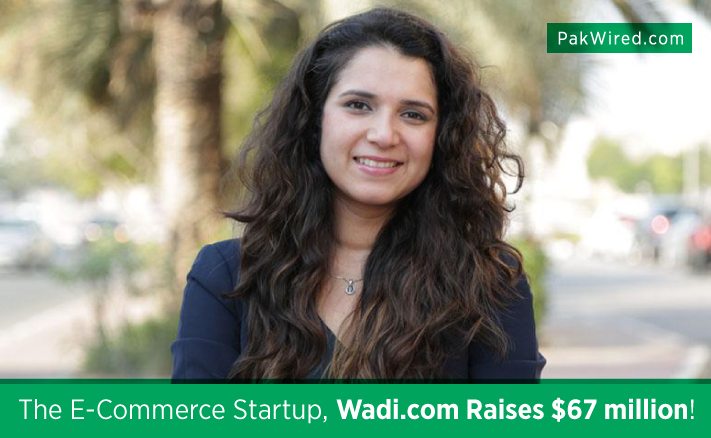 Wadi.com, an e-commerce venture based in the Middle-East and co-founded by a LUMS alumni, Kanwal Sarfraz has raised $67 million in its first investment round in February 2016.  Kanwal is an Economics graduate from the class of 2009 and has been involved in many entrepreneurial activities ever since.

The investment was led by Al Tayyar Group from Saudi Arabia and has been described as the largest Series A investment in the region so far. This shows that Pakistani entrepreneurs all over the world are doing incredible work, especially in the Middle-East. This investment will be a strong shut-up call for those who stereotype all Pakistanis in a negative light.

Wadi.com was started in 2015 by the Middle East Internet Group (MEIG), a Joint Venture between the German internet platform Rocket Internet and South African telecommunications provider MTN. It currently operates in UAE and Saudi Arabia and has quickly grown to become one of the largest e-commerce players in the Middle-East, offering more than 150,000 products from more than 2,000 international brands.

Wadi.com is an online marketplace that aims to be the online shopping portal with the broadest range of products available for the people of Saudi Arabia & the United Arab Emirates. It connects consumers with the best vendors across the Gulf countries so that they can get the best deals. They want to make online shopping just as personal and engaging as shopping in a physical store.

Kanwal, the girl behind the show, has the following to say about her venture’s success:

Our very accomplished and passionate team is a key advantage and Pakistan continues to be an important source of talent for us. Our aspiration is to not just build a company people enjoy working for but one that can coach and cultivate future entrepreneurs.

She also served as the President of DRUMS (Debates and Recitation Society at LUMS) from 2008 to 2009, and was also responsible for launching the Annual LUMS Olympiad in 2008. She later went to do her MPhil in Economics at the University of Cambridge where she was awarded a Commonwealth and Noon Shared Scholarship.

She is also the Chief Operating Officer and is responsible for all the support functions like HR and talent acquisition, finance and business intelligence, legal and corporate relations, investor relations and other cross-functional strategic projects.

Before founding Wadi, Kanwal worked at the internationally-renowned research group McKinsey and Company in Dubai where she consulted leading Middle-Eastern and Pakistani enterprises on strategy and operations. She has also worked with Unilever and Gallup Pakistan before she decided to jump into the world of entrepreneurship. She is a lady with experience behind her back and is sure to become a role-model for women entrepreneurs in Pakistan.