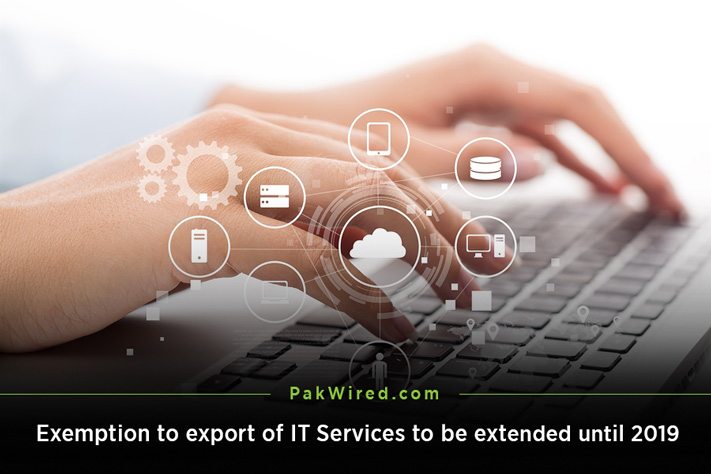 Ishaq Dar has proposed extension in an exemption to export on IT services and products until June 2019. Exemption to export of IT Services is going to expire this month. Government was of the view that IT sector is passing through infancy stage in the country and that it requires support.

Because of the indifferent situation in the IT sector, the Government proposed that the exemption in taxes may be extended for 3 years. It has been reported that Pakistan Software Export Board (PSEB) also played a vital role in the extension of exemption in IT export taxes.

Government, however, said that the IT companies while availing the tax exemptions, shall be allowed to retain 20% of the proceeds outside the country for meeting expenses, and shall remit 80% to Pakistan through banking channels.

It won’t be out of place to mention here that 8% minimum tax on services companies was also proposed to be reduced to 2%. Apparently this proposal is not included in the budget.

It would be pertinent to mention here that in the last 2 years, it has been learnt that 40% of IT companies have been relocated to better taxed markets like UAE from Pakistan and that is a big percentage. The main agenda of such IT companies was to hurt the efforts of Government so that they cannot achieve the desired targets for the tax collection. Moreover, it has been learnt that such IT companies relocated to UAE as they shifted their billing to UAE while retaining their back offices in Pakistan.