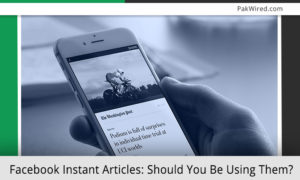 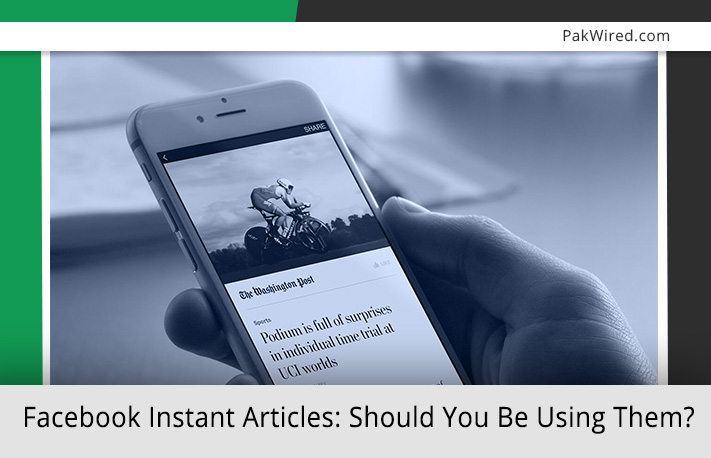 When Facebook introduced Instant Articles earlier this year, a lot of brands were very keen to jump on the bandwagon as soon as it rolled out to them.

If you’ve not already tried it out, you might be wondering if it’s worth the effort now that the dust has had chance to settle.

Here’s what you need to know about Facebook Instant Articles so you can weigh up whether they might work for you.

Getting Started with Instant Articles

There’s a bit of groundwork to be done before you can start posting Instant Articles.

Once you’ve set everything up, you’ll need to have a minimum of 5 Instant Articles reviewed before you can start publishing. This is to make sure that you know how to optimize your content and avoid the common mistakes that will mean it’s rejected. If there are any issues, you have the opportunity to fix them and resubmit.

Once you’re approved, you can start publishing!

The Pros of Instant Articles

The main advantage of Instant Articles is the much faster load time, which is designed to boost engagement levels for mobile users. Facebook have boasted that the loading time is 10 times faster for Instant Articles compared to articles that are shared in a different way on the site. The theory is that Facebook users are more inclined to share Instant Articles because they load much quicker and are optimised to catch their eye on a mobile feed.

Many brands have reported that they’ve seen a rise in the number of times their content is shared since using Instant Articles but a lot will depend on how engaging they are.

If your content isn’t getting much interaction in general, the faster loading speed probably isn’t going to make a huge amount of difference. On the other hand, content that is generally getting good interaction could go up a notch by being published as Instant Articles.

The Drawbacks of Instant Articles

There isn’t any gain regarding organic reach by posting Instant Articles and Facebook themselves have said that they aren’t favored over other content in mobile news feeds. The same ranking factors apply still – notably the amount of interaction they get and how long people spend reading them. If these metrics are low already, you’re probably not going to see any benefit from using Instant Articles.

Are They Worth It?

There is potential for getting more engagement on your content (and therefore greater visibility) but there’s also a trade off.

We’ve already talked about the inevitable drop in referral traffic back to your website but you also have to consider the time you’ll need to spend in setting things up and optimizing several different Instant Articles to get through the review process and be accepted as a publisher before you can get a better idea of whether it’s going to be something that works well for you. Once you’ve done a few, it should become a lot easier but the initial time outlay could be frustrating if you don’t get much traction from your Instant Articles once they’re published.

If you don’t mind the lack of referral traffic and are pretty confident that your content can score good engagement, it could be a viable option to test out and see how things develop.