The most popular social network in the world launched its IPO less than four years ago, today it is worth $325 billion. 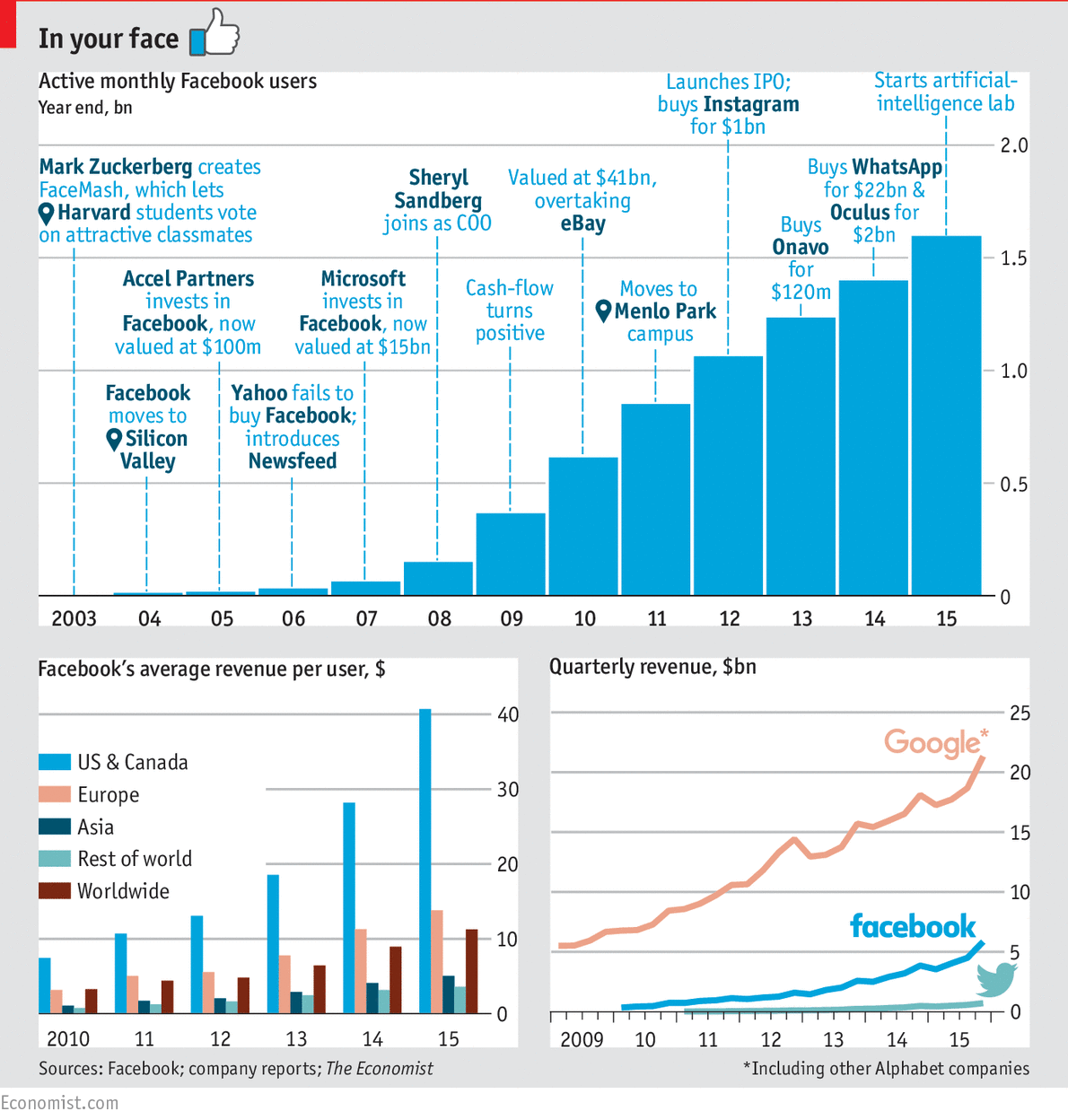 FACEBOOK has defied even optimists’ projections of how big the 12-year-old firm could one day become. Today the company’s flagship social network claims 1.6 billion users, around a billion of whom log on each day. Facebook has attracted and engaged so many users by engineering features that are highly addictive and relevant to their lives, so people keep coming back for more hits (otherwise known as updates). Including the other apps it owns, such as WhatsApp, Instagram and Facebook Messenger, Americans spend 30% of their mobile internet time on Facebook, compared to around 11% on Google search and YouTube combined.

The amount of data Facebook collects on users has helped it become the world’s second-largest advertising company on mobile devices. Last year it claimed 19% of the $70 billion people spent on mobile advertising globally, compared to Twitter’s paltry 2.5%. Its data advantage will make it difficult for rivals to unseat it, which explains why its market capitalisation has risen to around $325 billion today. 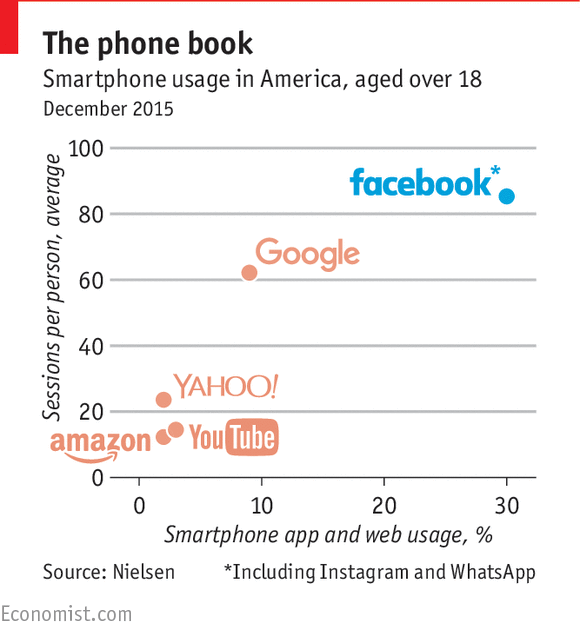 Some might think that people already spend too much time on the social network. According to one estimate, most Americans spend the equivalent of two full workdays each month on Facebook. In the future, might they pass even more time? Mark Zuckerberg is hoping so. Next week Facebook is expected to announce more plans for turning Messenger, one of its messaging services, into a portal through which people can fulfill tasks, like ordering taxis and communicating with businesses. Mr Zuckerberg is hoping that Facebook will be an even bigger part of the mobile ecosystem in the future. Being both useful and addictive could win Facebook even more friends.