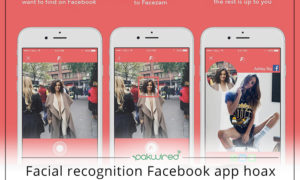 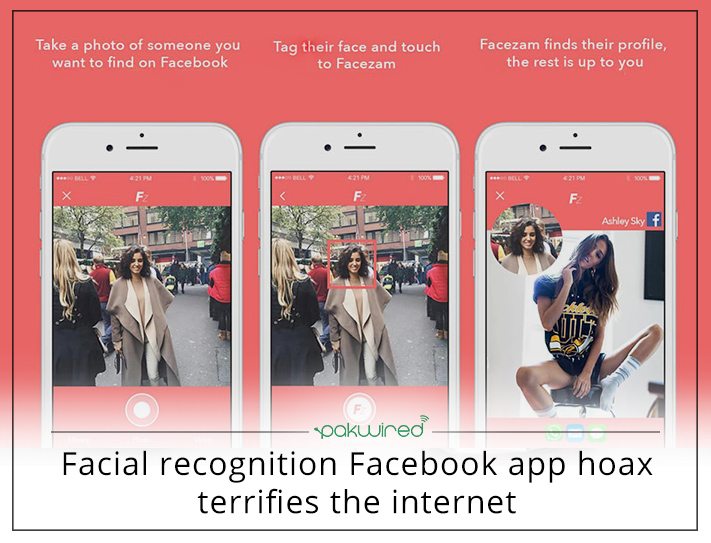 A fake facial recognition app that claimed to be able to identify strangers from a photograph has turned out to be a publicity stunt.

Facezam claimed it could identify people by matching a photo of them with their Facebook profile. It was claimed that all users had to do is take a picture of someone on the street and run it through the app, which will tell them who it thinks the person in the photo is.

Before the hoax was revealed to be the work of a viral marketing agency, Facebook said such an app violated its privacy policies.

“This activity violates our terms and we’re reaching out to the developer to ensure they bring their app into compliance,” Facebook said.

Facezam falsely claimed it could scan billions of Facebook profile images a second, through a database for developers, until it found a match. It claimed to be able to link most photos with a profile on the social network within 10 seconds.

“Facezam could be the end of our anonymous societies,” said Jack Kenyon, who claimed to have founded Facezam. “Users will be able to identify anyone within a matter of seconds, which means privacy will no longer exist in public society.”

Facebook reviews apps that use its data before they go live to check they adhere to its policies. Apps that collect users’ data or use automated technology to scan Facebook are forbidden from launching without permission from the social network.

The technology could help reduce crime by making everyone identifiable, Kenyon had claimed, adding that the public implications of the app couldn’t be predicted. “There may be a mix of positives and negatives,” he said.

‘The end of anonymous society’ 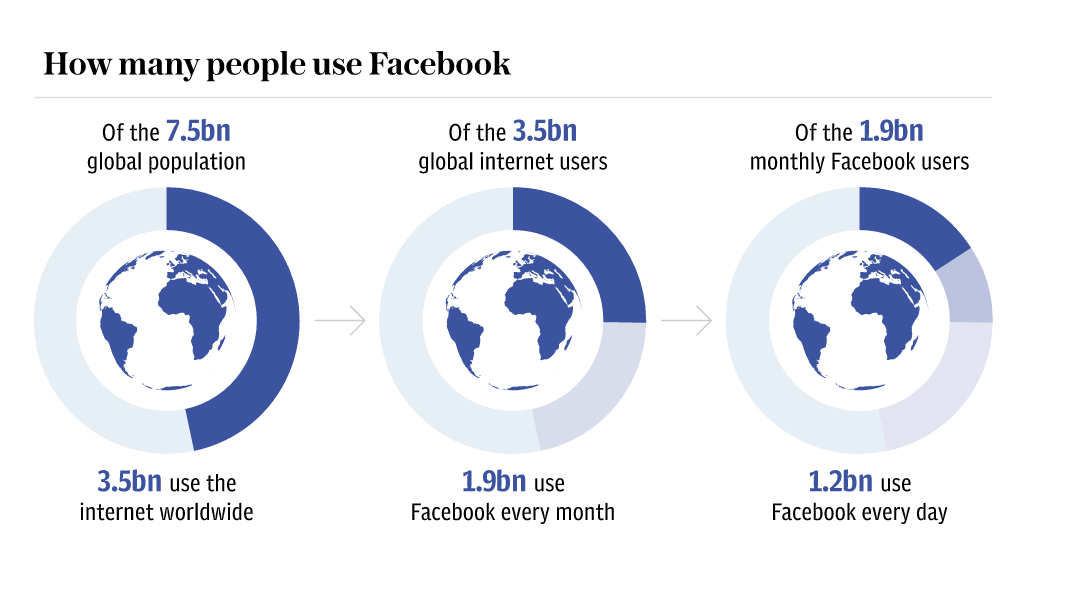 The inspiration for the Facezam hoax comes from Shazam, the music lookup service that can tell users the name and artist of a song after hearing just a few bars.

Facial recognition software is already used by internet giants such as Facebook and Google to group photos together and suggest who should be tagged in them. It is also used in some law enforcement databases and by companies such as Tesco to map customer demographics.

Facebook blocked the now defunct NameTag, a Google Glass recognition app, from using its data in a similar way. Google then banned the technology altogether from being applied to Glass.

A similar tool called Find Face lets users look up people online using a photo that it matches with images on VKontakte, a Russian social network. British augmented reality company Blippar recently launched a similar search tool but it can only scan faces on its database. These include public figures such as politicians and musicians, with users able to add their own faces if they want to.

This story was updated after it was revealed to be a hoax.