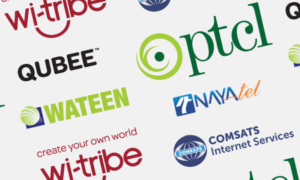 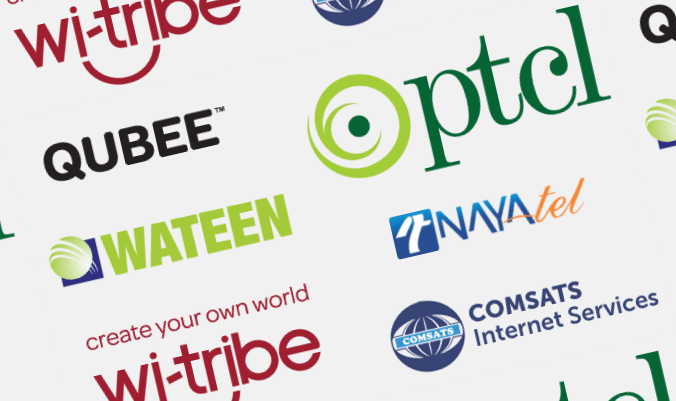 Internet is now a quintessential household necessity across the globe and Pakistan is no exception in this regard. According to a report by Pakistan Telecommunication Authority, internet users in Pakistan have brushed 30 million mark, out of which, around 3 million are broadband internet users. Internet Service Provider (ISP) is the cornerstone of Internet availability and usage. After 2004, Pakistani markets experienced an explosive boom in Internet service domain. There are literally hundreds of ISPs in Pakistan, from local to renowned. Regulatory issues, undersea fiber optic technology lapses and absence of governmental support are the causes of poor ISP performances despite of the increasing number of Internet providers. Here are some of the pronounced Internet Service Providers in Pakistan.

PTCL is the Internet Goliath in Pakistan, dominating the ISP space since the launch of Internet services. Its coverage spans over 2,000 cities of Pakistan. PTCL uses EvDO technology, Domestic Fiber Backbones (DFB) and undersea cables for its services. Most of the government, home, office users are using PTCL internet. Recently, PTCL has tapped into the 4G domain but it fails to introduce the high-speed internet in Pakistan, which is now commonly available in the developed countries.

NayaTel is the most recent and perhaps the best addition to the ISPs in Pakistan. A sister concern of Micronet Broadband, NayaTel is the first ISP to launch Fiber To The Home (FTTH) in South Asia. NayaTel’s Triple play (telecommunications) services i.e. Cable TV, Telephony, and Broadband Internet are revolutionizing the internet services of Pakistan. Unfortunately, this ISP hardly covers even two complete cities (Rawalpindi and Islamabad).

Wi-Tribe is a Qatar based company which launched is operations in Pakistan in 2007. According to PTA, in 2010, Wi-Tribe was the top ISP in Pakistan in terms of quality. Its coverage area is Karachi, Lahore, Faisalabad, Rawalpindi and Islamabad. Wi-Tribe offers multifarious packages and devices ranging from dongles, wired connections, 3G, 4G and prepaid devices.

Qubee was launched in 2007. It covers Karachi, Lahore, Rawalpindi and Islamabad. It offers prepaid, postpaid, SME and Youth packages. This ISP is also operating in Bangladesh and plans to extend its operations across the region.

Which One’s The Best?

So far, NayaTel is the best thing happened to the ISP space of Pakistan. Matchless speeds, impeccable customer service and quality levels have quashed the myth that one cannot get high-speed internet in Pakistan in affordable rates. The problem with NayaTel is its coverage area and perhaps this is the reason most of the users out there cannot valuate or rank it yet.