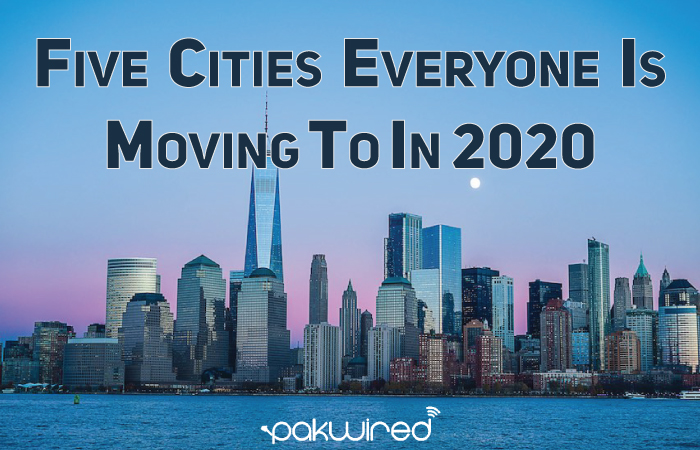 In the last decade, the three largest cities in the U.S.—New York, LA, and Chicago— have seen somewhat stagnant growth, while thousands of people head for up-and-coming cities. Today, we’re going to look at some of the hottest destinations for anyone interested in a change of scenery.

Seattle, once a sleepy seaside town, became a premier West Coast destination, all within the past ten years. With population growth at 18.7% between 2010 and 2017, Seattle has established itself as one of the hottest, trendiest cities in the U.S, and the fastest growing among the 50 biggest cities in the U.S. Modern architecture and stunning nature—including deciduous rainforests, beaches, and the snow-capped Mount Olympus, are all within a few hours of the city.

Like Seattle, Denver has seen a renaissance of sorts in the past decade. With population growth comfortably over 10% for the last five years, the small city nestled in the Rocky Mountains has expanded to become one of the capitals of the Four Corners. Why are so many people moving here? Some of the draws include amazing hiking, mountain biking, and other outdoor activities, as well as excellent prospects for people interested in moving their business.

Often seen as a funky oasis among the huge oil cities of Texas, Austin is quickly growing to rival other popular Texas cities. Its population is now approaching the one million mark, with little sign of slowing down in 2020. People have been flocking to this cool town for its amazing arts and enormous music scene. Others have found a welcoming home culminating in a melting pot of cultures that is rare to find anywhere else.

Since the 2008 recession, “Rust Belt” cities have been seeing dwindling populations and shrinking business opportunities. However, Omaha bucked that trend, and is now one of the fastest-growing towns in the Midwest. Omaha features affordable living—another perk of moving— and is an excellent destination for raising a family.

Famous for its wild spring breaks and Scarface-era mob activity, Miami is back in the headlines as one of America’s top living destinations. Retirees in particular have flocked to Miami because of its beautiful year-round climate and excellent healthcare. However, there’s plenty to do in and around the city as well, including great museums and cultural activities.. The entire city is divided into distinct neighborhoods, each with their own unique energy and identity, meaning there’s a part of the city for everyone.

Moving to a new place is never easy. However, when you check out these five cities, you’ll begin to understand why so many people are calling up their local moving company. Each city offers unique draws—from the affordability and safety of Omaha, to the sleek architecture and arts of Seattle.