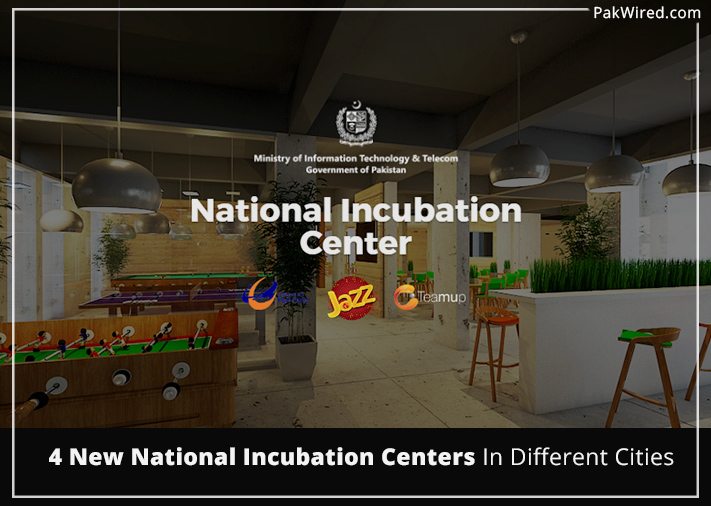 National ICT R&D Fund recently issued a notification regarding the requests for Proposals (RFP) for provision of services to establish and manage new Incubation Centers in the country. Four cities, including Karachi, Lahore, Peshawar & Quetta have been chosen as venues for the new Incubation Centers. The Jazz National Incubation Center launched in July this year and based in Islamabad, has been involved with many programs aimed at benefiting young people in entrepreneurship and innovation, and thus, been making a good case for public incubation centers in other cities as well.

During the past few years, Pakistan’s economy has performed beyond most expectations. A shrinking budget deficit, low interest rates, a stable macroeconomic environment, expanding international trade under CPEC, and effective private sector participation are all credited with playing a role in this healthy economic growth.

Many experts believe advances in information technology (IT), driven by the growth of the Internet, have also contributed to creating this environment that encouraged the recent wave of innovation and entrepreneurship in the country. The significant improvements in Internet infrastructure and communication and information technology appear to have been a major force behind this beneficial trend.

Fortunately, the government role has been positive so far. It is willing to effectively promote the country’s economic growth through the use of technology and innovation. Anusha Rahman Khan, Minister State of Telecom and IT, said:

“The government is alive to the aspirations of the youth, and the Ministry of IT is endeavoring to ensure that adequate support is provided to young talent to realize their ideas. This initiative is pursuant to the vision of the Government of Pakistan, which endeavors to foster “Entrepreneurship Led Growth”.

“National ICT R&D Fund is committed to bringing about a tech revolution in Pakistan by motivating academia and industry to perform research and develop state-of-art technologies and software. The fund believes in efficient mobilization of its resources with an emphasis on achieving technical excellence for the economic growth. The NIC will effectively link talent, technology, and capital in order to accelerate the development of new businesses and commercialization of technology.”

Incubation is a process which tends to be activated whenever there is a need to support startups in establishing their own business. It is the support given to the entrepreneur from the start‐up to phase to the expansion phase.

Some of the big names like Mobilink-Warid, Teamup, and National ICT R&D Fund, among others, have joined the government’s incubation program which reflects a success story already. The National Incubation Center (NIC) is a first of its kind technology hub, launched under the public–private partnership (PPP) of academic research centers, industry, private investors and government agencies.