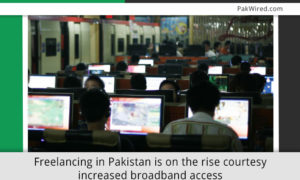 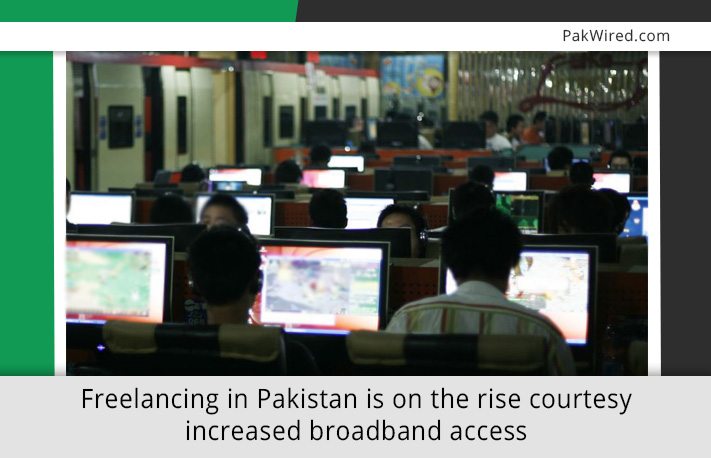 Freelancing in Pakistan is growing with every passing day. Pakistan is now ranked among the top countries earning through freelancing. The trend has been growing at such a fast rate that it is estimated by the year 2020; every one in three people all around the world will be freelancing and earning their bread online.

According to a survey report, the increase in the broadband access and the availability of internet resources has increased the development of the freelance market. Almost 10,000 IT graduates enter the online freelance market every year. Subsequently, it results in the increase of job opportunities online.

Besides IT field, there has also been a vast increase in the writing field as many women have started using their writing and research skills by working at home and earning online through it, as stated by the Pakistan Telecommunication Authority (PTA) in its latest report.

According to the Elance Desk Annual Impact Report 2014, Pakistan was ranked No. 5 in the highest freelance earnings index. The trend of freelancing in Pakistan has been increasing and developing ever since.

In the last three years, the human capital in Pakistan has grown rapidly. Almost 16% of the young generation is having a college degree.

Regarding growth value in terms of money and customer feedback, Pakistan has been considered as one of the top two outsourcing destinations.

The upsurge of freelancing is to get work done cheaply while having a great competition between workers. Pakistan’s IT field is developing an area for itself where it can get competent and low-cost IT freelancers and mobile app developers.

According to the MIT technology review, Pakistan has been predicted to have almost 1500 registered IT companies. Another research shows that the average time worked by a freelancer in Pakistan is 34 hours per week.

The quality of the work done by Pakistan in the freelancing area lines up with the world’s best freelancer countries as they provide great quality and customer satisfaction.

The report of PTA also stated that freelancing can be used in order to spread knowledge and to increase the literacy rate of the country by raising awareness and showing people the benefits of freelancing.

Another great achievement in the world of freelancing is the availability of online courses where there is no attendance limit. Everyone can take courses they like while sitting at home, increasing their knowledge and brushing up their skills.

The Virtual University (VU) is a great example set by Pakistan. The university was established in 2002, an online learning institute offering a variety of degree courses in the fields of IT and science. It helps students achieve degrees while studying at home through online lectures and courses.

Do you think the scope of freelancing in Pakistan is bright?