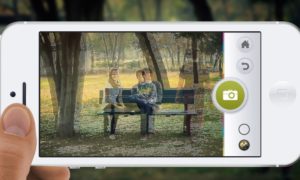 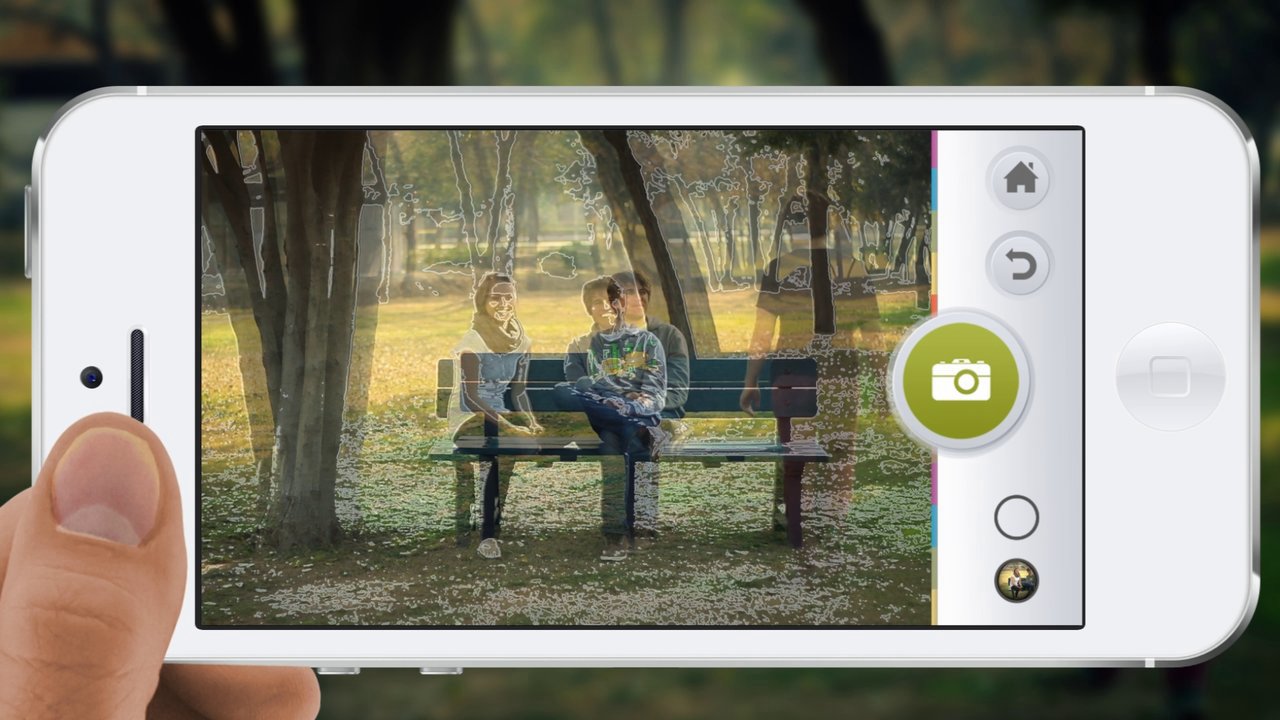 Ellen DeGeneres’ now iconic and twitter record-breaking Oscar’s group selfie has changed the selfie stakes forever. Calling it the “best photo ever”, her only complaint was: “If only Bradley’s arm was longer”. Well Ellen, thanks to Groopic, it doesn’t need to be.

Groopic is a fantastic app that allows the photographer to take a group picture- and be in it too. It is the first product to be developed by Eyedeus Labs, a Pakistani startup based in Lahore, and started by co-founders Ali Rehan (@ali_rehan), Abdul Rehman, Aamer Zaheer, Murtaza Taj (@murtaza_eyedeus) and Faraz Hassan (@_FarazHassan)

Solving the age-old dilemma of dodgy timer versus stranger who may or may not run off with your phone, Groopic offers an easy solution to an enduring problem.

The process involves two people from the group each taking one photo, and then using the app to seam the two pictures together, making it look like everyone was in the photo, photographers included.

The app makers explain: “Simply take two pictures, mark the photographers and let groopic do the magic. It automatically combines these incomplete pictures into one complete group picture”.  They also offer a video tutorial to show you how it’s done.

The app makers compare this service with Android phones that have dual-shot features, but find them lacking. Comparing Samsung’s attempt to “pasting a sticker on a photo” and calling it “a bit goofy”, they showcase what this app has to offer that no one else does: it works, and works well. The CNET Editors review stated that this is a “must-have app with an easy-to-understand process, filters to spice up your picture, and mostly flawless results”.

While the app has largely met with success, there have been some reservations about each of the two photographers having to pose on the sides of the group picture, to allow the app to blend them into the group. This may require some adjustment for first time users, to learn to leave sufficient gaps on the sides when taking photos.

Eyedeus Labs became a corporate entity in 2012, after forming at the first Startup Weekend event at Lahore University of Management Sciences (LUMS) in Lahore, Pakistan. During an interview, Ali Rehan described, “A night before the competition, after brainstorming and discussing, we came up with the idea of Groopic, and then, over the weekend we worked on the idea, developed the application and, fortunately, won the competition, too”.

Out of 22 teams, Eyedeus emerged as the winner for having the best startup product, and from there went on to participate in Punjab Information Technology Board (PITB) Plan 9 Incubation. The development of their team and product was the natural result of the co-founders’ years of research, working together in the LUMS Computer Vision Lab.

Co-founder and CEO Ali Rehan and his team realized that there was no existing service like this in the market, and explained in a CNN interview how they discovered this could be an interesting solution. The startup states that they “aim to reshape how people interact with smartphones and cameras” by “empower(ing) the person using a hand-held device with new set of interaction abilities”.

In 2013, Eyedeus Labs caught Google’s attention and was invited to Google’s program for entrepreneurs from outside of the USA, called Blackbox Connect. The group was flown to Silicon Valley to work on their app along with other teams from around the world.

How Big is Big?

Since then, Groopic has been everywhere. The app created a growing buzz for itself both at home in Pakistan and abroad, on blogs and in the news. The app has been featured on CNN, TechCrunch, Gizmodo, CNET, and Cult of Mac.

There is a growing interest in startups with innovative new ideas as well as a growing platform for such enterprises in Pakistan. The government sponsored Plan9 incubation program as well as other university-based and led programs are offering more opportunities and support to young people with ideas and talent.

Ali Rehan talks about the importance of such support to the success of his own venture, stating that he would “highly recommend joining a startup incubator to all those who are determined and want to work in an environment, where they will get a lot of help and training,” adding that he “felt a clear difference when comparing myself before and after Plan9.”

Ali Rehan suggested in an interview that Groopic may be open to accepting offers, though “it depends upon the figures”, since they “have other product ideas as well; if our product is acquired we can execute the other ones”. It has also been revealed, “major mobile phone companies like Samsung, Huawei and LG are courting Eyedeus Labs”. Whether another company will acquire the app or not remains to be seen but one thing is for sure- watch this space.