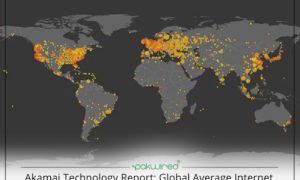 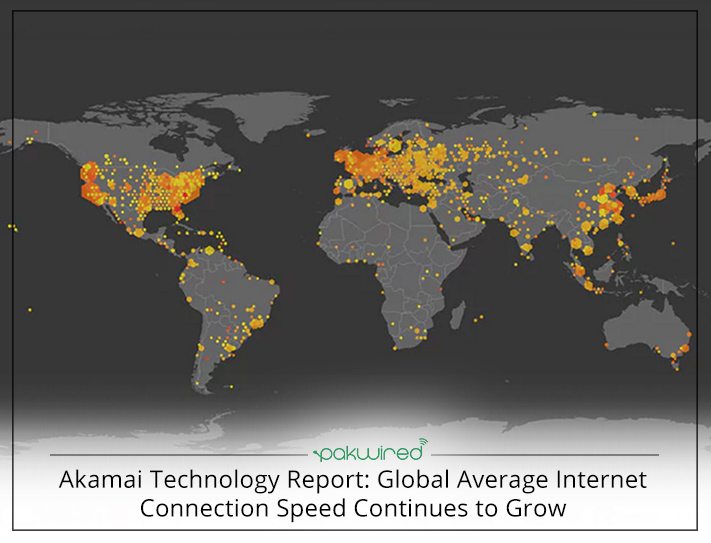 Akamai Technologies, responsible for serving between 15 and 30 percent of all web traffic have released their annual ‘State of the Internet Report’ for first quarter of 2017. The report provides insight from data collected across Akamai Intelligent Platform. It provides key measures for internet connectivity, technology adoption, broadband quality of service, and other important trends collected over time.

Here, you can read some of the key highlights from the report.

The number of unique IPv4 addresses worldwide connecting to Akamai increased by nearly 7.6 million in the first quarter of 2017. However, as noted previously, we expect that the unique global IPv4 addresses seen by Akamai will level off or decline.  The carriers will increase the availability of native IPv6 connectivity for subscribers and implement Carrier-Grade Network Address Translation (cgnat) solutions more broadly to conserve limited IPv4 address space.

All the top 10 countries/regions saw yearly increases except for South Korea, which posted a modest 1.7% decline. Gains ranged between 9.2% in Sweden and 23% in Singapore. Worldwide, year over year improvements in average connection speeds were seen in 114 countries/regions, compared with 138 in the preceding quarter, and increases ranged from 0.3% in Greece (to 7.9 Mbps) to 189% in Libya (to 2.1 Mbps). Yearly declines were seen in 35 countries/regions, with decreases ranging from 0.1% in Gabon and Congo (to 1.8 Mbps and 3.5 Mbps, respectively) to 56% in Liberia (to 1.8 Mbps). 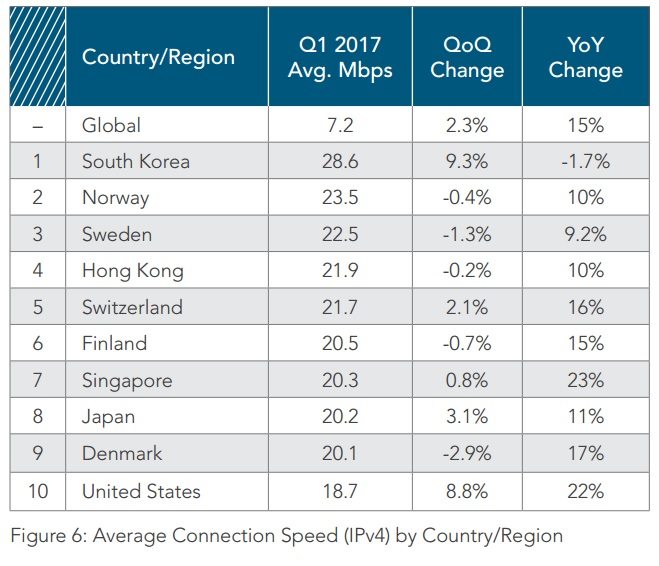 An interesting snippet comes from Iraq where the government has a practice of blocking Internet access to prevent cheating during national middle and high school exams.

Disclaimer: direct extracts from the report used in certain cases under dissipation of information guidelines. you can see the full report here.