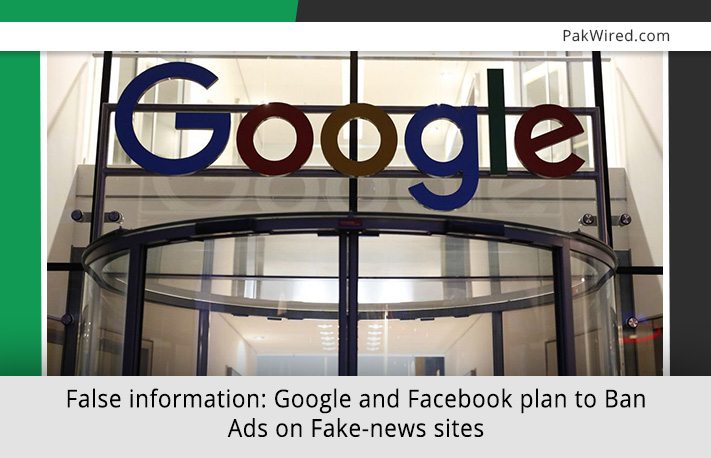 Both Google and Facebook are facing heavy criticism for widely-shared false news stories that helped spread misinformation about the US presidential candidates.

Google announced on Monday a policy that restricts its ads from being placed on fictitious news websites as tensions grown high about the mounting trend of false information online. The policy will be implemented soon, Google’s spokesperson told Reuters.

The Google’s policy change comes in the middle of fierce debate over how much responsibility these tech companies hold for the accuracy of news contents to the people who access news through these sites rather than mainstream media sources.

In a move that surprised many, Google made an announcement that it is going to keep false-news websites from using its Adsense service. Google will restrict ads serving on sites that promote misleading information or misrepresent the information about the publisher.

Facebook, too, is under severe criticism for spreading false information that helped promote Donald Trump’s profile on the site. However, the company’s CEO, Mark Zuckerberg denied all allegations made against his company.

The website is accused of influencing the election in favor of Donald Trump by not acknowledging the fact that its algorithm promoted a number of fake news stories to millions of people.

Following the criticism, Facebook updated the terms of policy of its advertising platform, it will ban ads in websites that help promote incorrect and fake information.

It is unclear how exactly these tech giants implement the new policy to control the wild flow of misleading information that directly influences the users’ experience.