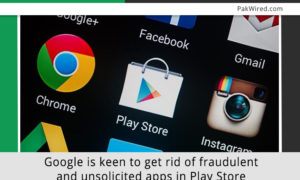 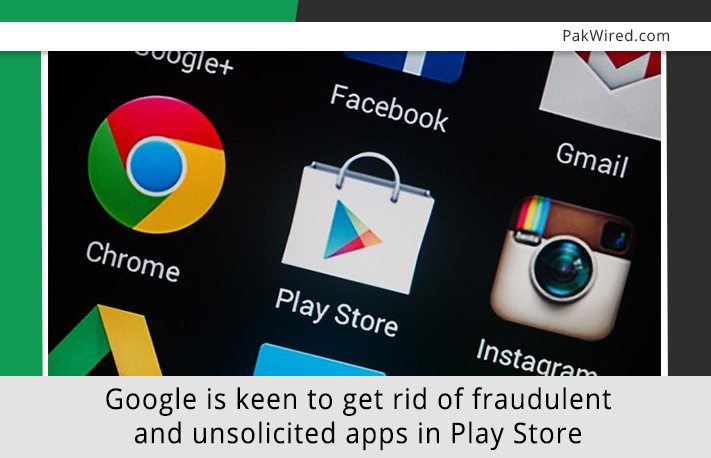 In their recent blog post, Google has announced that it is keen to get rid of all the fraudulent, unsolicited and spam apps from the play store. To achieve this landmark, the tech giant has proclaimed to roll out an enhanced discovery and filtration system. Moreover, Google is all in to protect the integrity of the store as declared on the official android developers’ blog.

At the time of writing this piece, Google’s play store contains as many as 2,200,000 apps. However, it is pertinent to mention that some of the apps in the store are not genuine. The numbers alone cannot judge the quality of the marketplace. It is the transparency that matters the most.

One of the primary reasons the play store has amassed number of undesirable apps is the lack of regulatory measures and open source development tools. Furthermore, there is this tendency among the developers to use unfair and illicit approaches like fake installs, paid or electronic reviews and ratings via some incentive programs. As a result, they promote such below-average apps over genuine and deserving applications.

No compromise over unwanted apps anymore

Apparently, Google is now stringent about unwanted apps appearing in the play store. They literally want to serve the users who search for a certain application in the play store to fulfill their genuine need.

Since the beginning of this month, Google will hide all the unsolicited applications from the play store. Developers who have placed their below-average apps up in the search rank due to some manipulation will now be displayed nowhere. While talking about these apps on the blog, Google said:

“These attempts not only violate the Google Play Developer Policy but also harm our community of developers by hindering their chances of being discovered or recommended through our systems. Ultimately, they put the end users at risk of making wrong decisions based on inaccurate, unauthentic information”

It is expected that these changes will help in protecting the integrity of Google in general. Additionally, it will ultimately benefit the end user at large.

A user doesn’t need to upgrade the application of play store. It is a back-end change which will automatically be available to all the users. Next time, when you will search something in the store, most relevant and better results would show up.

Do you Google has taken an excellent step to conduct a crackdown on the fraudulent apps?