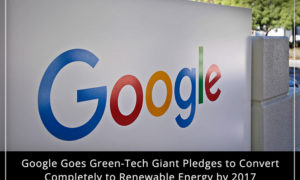 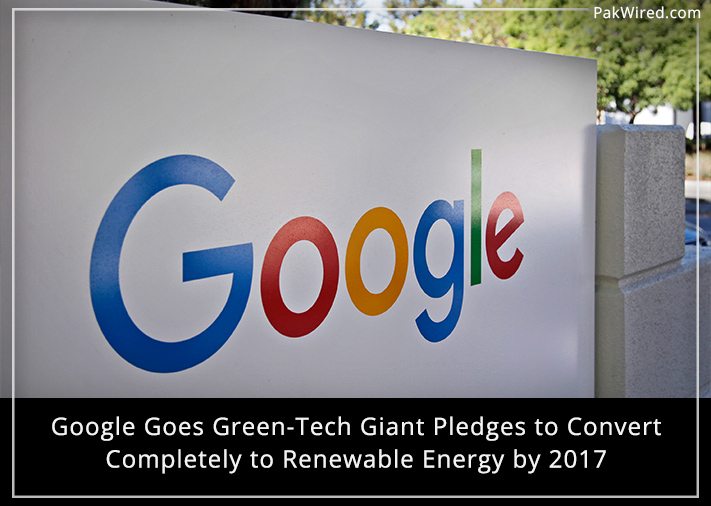 In a new, welcome development, Google has announced that it is going green. That’s right. Google has decided to shift all operations to renewable energy completely by 2017, surpassing its initial goal of doing so by 2025.

Even though it’s pretty hard to determine how much energy a corporation actually utilizes globally, Google has decided to overcome this minor detail by investing in green energy on many different scales. According to Urs Hozle, Senior Vice President for Technical Infrastructure at Google, Google will be “focusing on creating new energy from renewable sources, so we only buy from projects that are funded by our purchases.”

Other tech giants are also following in Google’s footsteps to convert and head towards a more eco-friendly infrastructure. One prime example of the same initiative is Apple.

This is not to say, however, that Google will build grids of its own. It merely means that Google will be investing in enough solar and wind-based projects to cover the cost of the electricity it consumes on an annual basis.

Google is also working on making its data centers more efficient so as to save up on data consumption as well. As a result of these endeavors, Google is now running at 50 percent more efficiency than the normal industrial average.