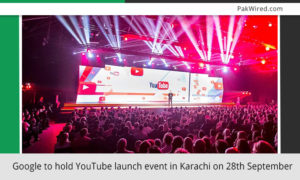 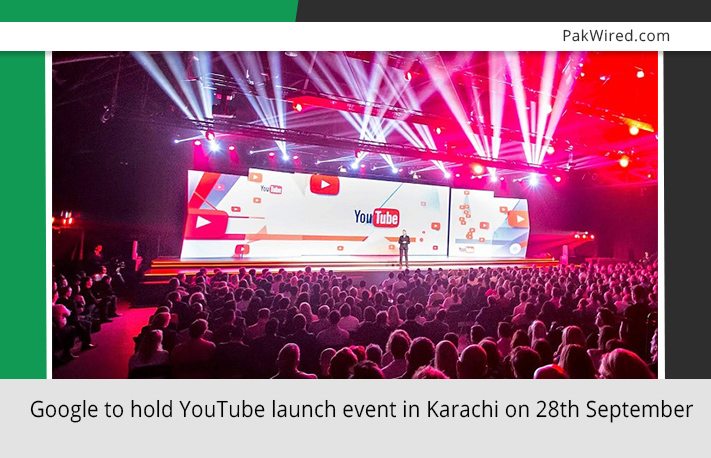 Tech giant Google will be holding YouTube launch event later this month on 28th September in Karachi, reported by ProPakistani.

The objective of Google to conduct the event in Pakistan is to gather the digital community at one single platform. Furthermore, it has been reported that the tech giant also aims to re-launch YouTube in Pakistan officially.

Influential video-sharing website was banned in Pakistan for 3.5 years. Google lifted the ban from the country by introducing the localized version of YouTube for Pakistan-centric audience.

One of the primary agendas of Google is to build YouTube community in Pakistan. The tech giant looks to achieve its goal by engaging content creators, marketers, advertisers and brands to utilize YouTube more than other video-sharing websites.

YouTube was missed in Pakistan during a crucial phase: Experts

According to the experts, YouTube was banned in Pakistan at the crucial time. Other websites took advantage and gained massive attraction from Pakistani users. As a result, they are now enjoying the perks since their ranking has gone up in the search engine.

Apparently, Google is now trying make up for the missed opportunity by rebuilding YouTube’s image in Pakistan. They are looking forward to make sincere efforts to engage the digital community at YouTube launch event.

Social media artists such as Zaid Ali, Sham Idress, Shahveer Jafry, 3 Idiotz Pakistan etc turned up to Facebook to upload their funny videos. While YouTube was banned in Pakistan, all of them secured an enormous fan base on Facebook.

YouTube is looking to change exactly the same trend later this month. The video-sharing website is also aggressively selling its inventory in Pakistan. In addition, they are also trying to surge its visibility to attract more companies, brands and advertisers for sales.

Karachiites! Do you look forward to attend YouTube launch event later this month?