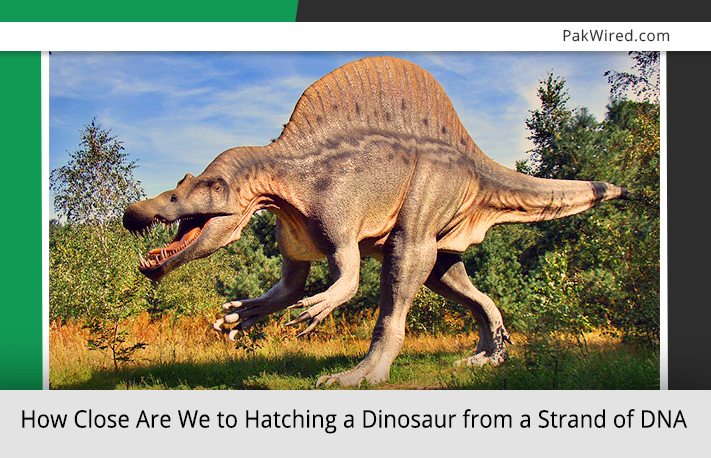 Every few years when a new Jurassic franchise movie comes out, the hot debate kicks off once again: Can we recreate dinosaurs? Is it even possible? Or is it just one of those things that science fiction promised us somewhere along the way but couldn’t really deliver (like actual hover-boards! No, the ones being produced right now aren’t even close to what BTTF promised us and no one can tell me otherwise!).

So when the question arose this time, Adriana Heguy, a molecular biologist and genomics researcher had the answer.

According to Adriana, we have successfully sequenced the genome of a woolly mammoth but are still no closer to recreating a woolly mammoth as of yet. Keeping that in mind, we don’t even have a complete strand of DNA when it comes to resurrecting dinosaurs. The closest we have come is determining that chickens are related to dinosaurs more closely than any reptile and we have only determined this over the last decade.

Adriana also said that this topic would require extensive amounts of research not only to complete the DNA strand (because the last dinosaurs went extinct around 65 million years ago and the lifespan of a DNA strand is less than a million years) with the help of technology that would pair the DNA of a chicken with that of a larger reptile such as a crocodile but also because any creature derived in this way would still be more chicken or crocodile than it would be dinosaur.

However, hope is never lost since recently scientists did discover a 75 million old egg specimen containing not only soft tissue but collagen and blood cells as well. And even though we still can’t replicate the environment or settings as they were millions of years ago, we still might be able to squeeze a dinosaur protein out of either chickens or crocodiles to possibly recreate a dinosaur. However, until museum samples are analyzed for such possibilities in the future, we still can’t say anything for sure and the possibility of resurrecting Jurassic Park still remains just that-a possibility.